Baseball is Losing its Viewers – Can Gambling Help? 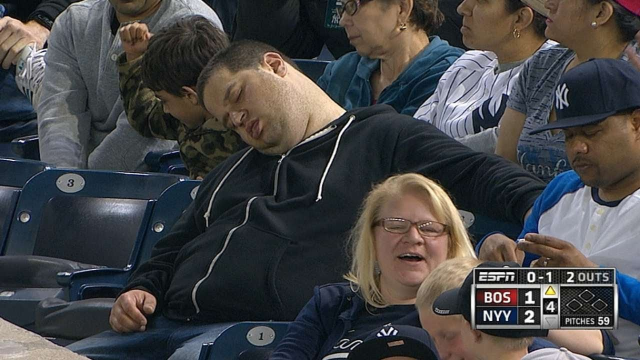 Have you been watching the Major League Baseball playoffs and World Series this year? We completely understand if the answer to that is “No,” as the games have been brutal. No, not brutal from an on-field perspective. In fact, the games have had major drama and lots of lead changes, with pure battles between pitchers and batters.

What we mean is that the length of the games is now into the excruciating territory. A standard 9 inning game in the playoffs has stretched into the 4-hour mark, and somehow the league thinks this is a good thing. Yes, that means more time for commercials during the broadcasts, but even the people in the stands want to get on with their lives after midnight.

We think there are some things that the league absolutely has to change before next season in order not to lose any viewers that aren’t in retirement homes. However, we also think that the younger viewing public could be distracted from the length of these games with the introduction of in-play betting in full force.

What can the league do to speed up play?

There are a couple things that cannot be stopped. For example. The concept of starting pitchers pitching complete games or deep into the game is starting to become something of the past. All the advanced analytics being used by teams now means that there are more pitching changes than ever before, and there isn’t much the league can do about that.

However, the time it takes to change pitchers could be decreased with a series of timed measures. For example, a pitcher should have no more than 3 warm-up pitches before facing a batter – they have already been warming up in the bullpen, and the pitcher’s mound is the same in all stadiums.

Speaking of speed, while there was an informal pitch clock this season, the time has come to put an actual clock in play, and to penalize pitchers who do not get a pitch off in time. Other sports have been using timed play for ages, and even tennis figured it out this year by adding a serve clock.

Spending 45 to 60 seconds between pitches is simply unacceptable. Set a time, and then if the pitcher does not release the ball by that time, it is an automatic ball. This is a simple fix that will no doubt speed up the game.

Finally, we have to do something about the number of times a batter calls for time. Hopefully, a pitch clock will help stop all the stalling, but these at-bats are lasting far too long. We aren’t saying that the sport needs to be running at top speed, but getting the games back down under 3 hours would be a nice start.

Gambling to the rescue

In the UK, sportsbooks realized that they had a great opportunity to engage with bettors during a 90 minutes soccer game. While players would have to wait until the end of the game to see if their bet was a winner, many things take place inside the game that could also attract some betting dollars. The jersey number of the next score, the next yellow or red card, etc. were all intricate parts of the game that could keep someone interested while the slow pace of play continued.

Baseball is the perfect sport for in-play betting, as there is time between each pitch (although we are asking for it to be a shorter period of time). However, the league needs to embrace this newly regulated betting environment. They could post the odds on the result of the next pitch or the next hit on the scoreboard during the games or on the bottom of the screens of people watching at home.

This way, viewers would be less likely to turn away from the game, making the game more valuable to advertisers. While the league won’t get a direct piece of the action for the foreseeable future, they will see an increase in ancillary revenues as a result of sports betting (The American Gaming Association predicts 2 Billion USD in impact across the for major sports per season).

Do we expect Major League Baseball to make all these changes? Well, it isn’t too likely, but there will no doubt be questions about how to improve the sport in order to attract new viewers. Betting will be a part of that conversation, and hopefully, it won’t be too late to keep some of their fans engaged during these atrociously long games.

After the Novak (or Novax?) Djokovic visa saga dominated pre-tournament headlines, we can finally look forward to some on-court headlines as the Australian Open gets underway. Djokovic news has taken the focus off of the tournament, which is certainly understandable. After all, the fate of the world number one and top seed would significantly impact END_OF_DOCUMENT_TOKEN_TO_BE_REPLACED