A Look Back at LCS Summer Split Week 4 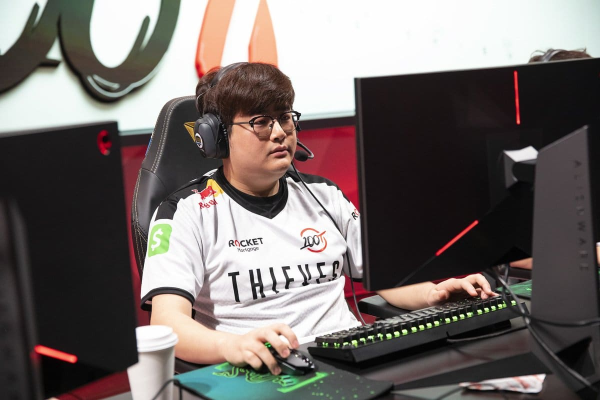 Looking at the standings of LCS Summer Split, they are slowly shaping into the right order, however, overall, they are still a complete mess. With some teams finding their rhythm, while others slowly running out of steam, there are a couple of noteworthy results from Week 4 of LCS that will shape the future of the tournament and possibly give us a hint of which six teams will fight for glory in August.

Climbing To The Top

One of the biggest questions LCS fans have been asking themselves is, “What is wrong with 100 Thieves?” And quite frankly no one knew exactly. As a team which has some exceptional players and huge potential to produce good results, 100 Thieves instead disappointed with their disastrous performances.

Looking back at Spring Split, 100 Thieves were by far the worst team, ending the split dead last with a 4-14 record and a seven-game losing streak to finish the split. After a disappointing Spring Split, 100 Thieves entered Summer Split with high hopes to prove to the world wrong and reach the playoffs. However, they instead continued where they left off and lost all of their opening five matches, which put them back at an all too familiar last place in the standings.

Following a disappointing run of 0-5, you would have imagined the team would be lacking confidence; however, that was not the case with 100 Thieves. Their founder, Matthew “Nadeshot” Haag, even went on and made a bold statement that 100 Thieves “will win the Worlds.” People did laugh at him, however, ever since he made that overly-confident statement, 100 Thieves have not lost a single match! Not only have 100 Thieves won their last three matches, which includes a win over Echo Fox in week 3 and a win against FlyQuest at the start of week 4, they also took down Cloud9, one of the elite 3 NA teams.

Were their wins over Cloud9 and FlyQuest in Week 4 only a fluke or have 100 Thieves found their rhythm is up to debate, however, one thing is for certain. The way 100 Thieves have played in the last week, I feel confident in saying they will reach the playoffs without a problem. That is if they can keep playing on the same level as in week 4.

Clutch Gaming, OpTic and Golden Guardians are three teams that don’t pop up in our minds when we discuss strong NA teams; however, there is a lot to be positive about for these three “underdogs.”

Sitting in sixth place, Clutch Gaming hold a mediocre record of 4-4 after four weeks of LCS action; however, their record does not fully reflect what they have produced thus far. As a team that has become known for incredibly strong early game, Clutch Gaming are more than capable of upsetting even the best.

Same can be said for Golden Guardians (4-4), who lost both of their matches in Week 4 but managed to leave a statement with a close-fought match against TSM. I believe Golden Guardians have the needed potential to become a strong playoff team; however, they really need to focus on their team fighting, which is an area where they lack.

That leaves us with OpTic Gaming, who are one of the most entertaining teams to follow this Summer Split. They started week 4 with an upset win against TSM, and while that is impressive on its own, they managed to do so without their starting mid laner Lee “Crown” Min-ho, who was given a week off. Let me rephrase that. OpTic Gaming entered the match against Spring Split runners-up without their starting mid laner and won! As a 7-11 team from Spring Split, OpTic Gaming have shown incredible improvement, which makes us believe they are capable of great things.

With four weeks of LCS Summer Split behind us, the teams are left with five more weeks and 10 more matches to prove they belong in the top 6.

Seeing how some of the underdogs have improved and how some of the strongest teams failed to produce what was expected from them, the Summer Split is still very open, as there is no clear winner, nor a clear loser. What week 5 has in store for us is yet to be seen; however, we can be sure it will be action-packed, it will be exciting, and, most importantly, it will be back on July 6 for us to watch and enjoy.