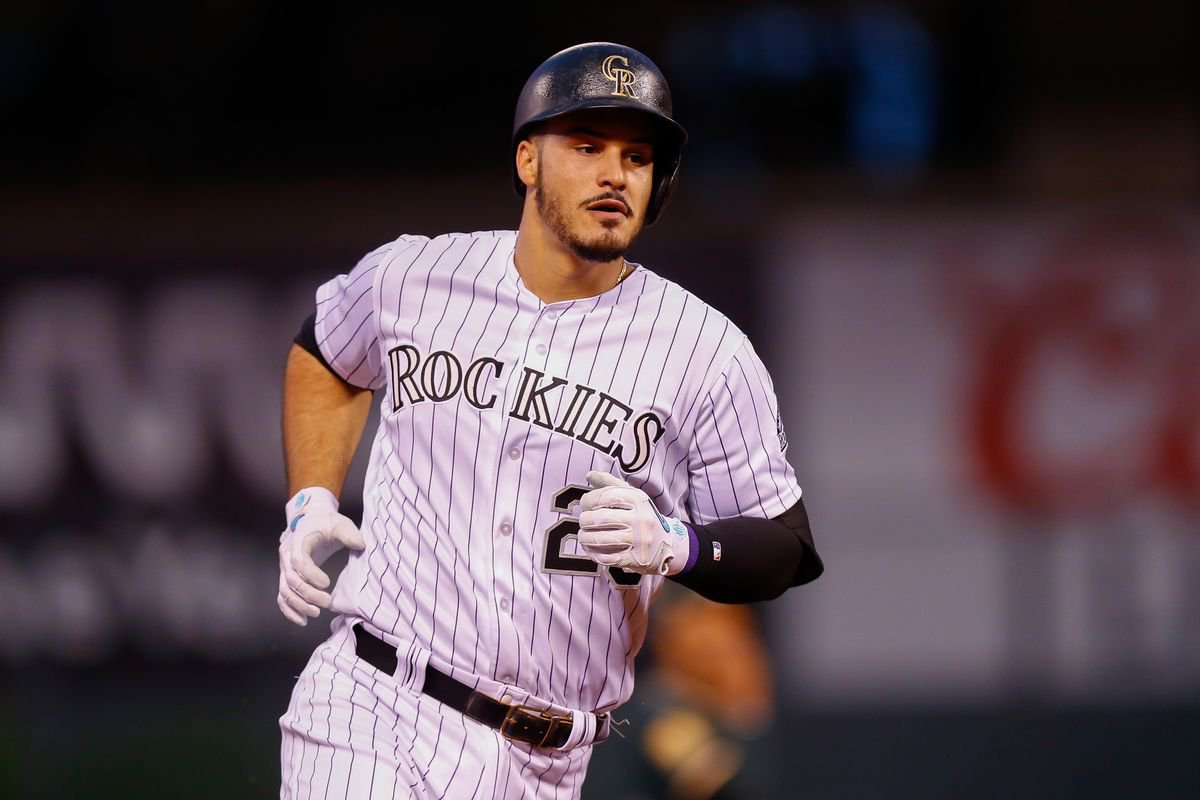 With less than a month until the start of MLB spring training, there are still a number of big moves that could influence 2021 World Series odds. The dominoes could begin to fall, however, thanks to the St. Louis Cardinals. Last night, the news broke that the Cardinals are trading for Colorado Rockies star and five-time All-Star Nolan Arenado.

Cardinals to Acquire One of MLB’s Top Talents

Arenado has been one of the league’s top hitters over the last several seasons, thriving at the hitters’ paradise that is Coors Field. The pandemic-shortened 2020 season was a tough one for Arenado, as he hit only .253 with eight homers and 26 RBI in 48 games. But in the five seasons prior, he hit 199 homers and 190 doubles, drove in 621 runs, scored 519 runs, and batted .300.

Beyond the offensive numbers, Arenado is one of the best defensive players in the league at any position. He made the step up to the majors in 2013, and he has won a Gold Glove in all eight of his MLB seasons.

The Cardinals have not reached the World Series since 2013, when they lost to the Boston Red Sox. Last season, they finished 30-28, which was good enough for second in the National League Central behind the 34-26 Chicago Cubs. They made the field for MLB’s expanded playoff experiment, bowing out to the San Diego Padres two games to one in the Wild Card round.

Can Arenado Lead Cardinals to the 2021 World Series?

It has to be noted that Arenado’s career average away from Coors Field is almost 60 points lower (.263) than his average at Coors Field (.322). So some drop-off in his numbers would seem likely to occur.

However, things worked out pretty well with their trade for Matt Holliday, who spent his first five MLB seasons with the Rockies. Holliday then moved to Oakland for the 2009 season, during which he was traded to the Cardinals. Holliday was a vastly better hitter at Coors Field than he was elsewhere in his time with the Rockies, but he went on to be one of the cornerstones of the Cardinals’ 2011 World Series-winning team.

A more recent example is New York Yankees star D.J. LeMahieu, a teammate of Arenado from 2013 to 2018. LeMahieu was a .299 hitter in his seven seasons with the Rockies, which included a .329 average at Coors Field. He joined the Bronx Bombers for the 2019 season, and his first two years produced a .327 season in 2019 and a league-leading .364 last season.

When it comes to Arenado, even a high .280s average, 25+ homers, and close to 100 RBI would be significant at the plate. That is a conservative estimate of what he could produce. When his stellar defense is factored in, his impact is even bigger. The Cardinals are also getting a top-tier talent in the prime of his career. Arenado turns 30 on April 16, and his best years could still be in front of him.

There are many talented teams that will be in the mix for the 2021 World Series. Will the Arenado trade help the Cardinals separate themselves from the pack of pretenders? It remains to be seen. But with this move, the Cardinals have a big piece in place for this season and beyond.