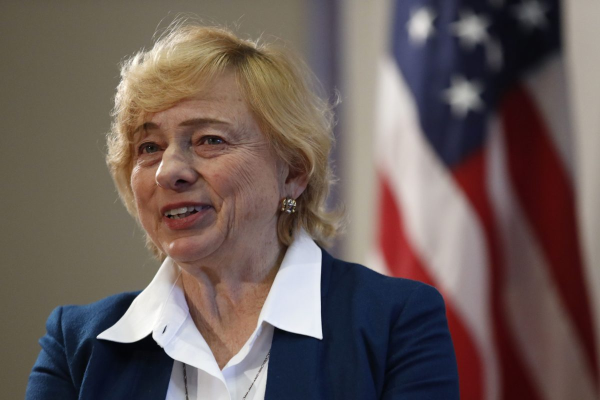 Many states are scrambling to pass sports betting laws, and Maine and Vermont seem to be leading the pack in the early stages of the 2020 legislative session

The legislative sessions are beginning in many states across the country this week, and after all the small talk about the holidays, the attention shifts to getting things done. In many states, this includes making decisions on the future of sports betting. The early leaders for possible sports betting legislation are on the East Coast, as two of the smaller states are poised to enter the fray.

It’s time to act (or not) in Maine

You may recall that in 2019, Maine legislators passed sports betting legislation. However, for that bill to become law, the Governor must sign it. This did not happen before the end of 2019, as Governor Janet Mills wasn’t yet convinced enough thought had gone into the regulations.

By not signing the bill before the end of the 2019 session, it triggered an interesting sequence of events for the opening of the 2020 legislative time. The Governor has three options before her: she can sign the bill into law, she can veto the bill, or if she does neither before the end of business on Friday, Jan 10th, the bill automatically becomes law.

You can imagine how much potential licensees and bettors are anticipating the move that will be made this week. If the bill is vetoed, it means starting from scratch trying to get something tabled and voted on before the end of the new session. If it is passed into law, then the race to launch legal sites will be on. With the Patriots out of the NFL playoffs, there won’t be as much fervor to have sports betting live for the Super Bowl, but at the very least, residents would like to bet on the Red Sox (and other teams of course) as soon as possible.

Vermont doesn’t want to be left out

At the other end of the spectrum is Vermont, which yesterday tabled legislation that would see mobile-only sports betting be available across the state. There is a sense of urgency coming from Vermont lawmakers, given the early success coming from neighboring New Hampshire. The New Hampshire sportsbook saw 16,000 registrations and $3.5 Million in handle in its first week alone, so it is easy to understand why Vermont would want to start bringing in some additional tax revenues.

The outline of the bill is quite simple. As there are no land-based casinos or racetracks in the state, a mobile-only solution makes the most sense. Taxes on sports betting revenue would be set at 10%, and at this point, there is no language regarding a cap on the number of licensees. This may end up being added as part of the regulations, but for now, the population of 600,000 could be bombarded by choices of where to bet as early as the summer of this year.

These two pieces of news continue the trend of the East Coast moving much faster than the west to regulate online gambling. It appears that only Connecticut is moving at a snail’s pace, but with these announcements, perhaps that train will leave the station again sometime soon.

We will keep you apprised of any updates that come from either of these states as they happen.

Tonight, the most pivotal game of the 2022 NBA Eastern Conference finals takes place in Boston, with the Miami Heat taking a 2-1 series lead into their matchup with the Celtics. In Game 3 on Saturday, the Heat took control early, outscoring the Celtics 39-18 in the first quarter and leading by as many as END_OF_DOCUMENT_TOKEN_TO_BE_REPLACED