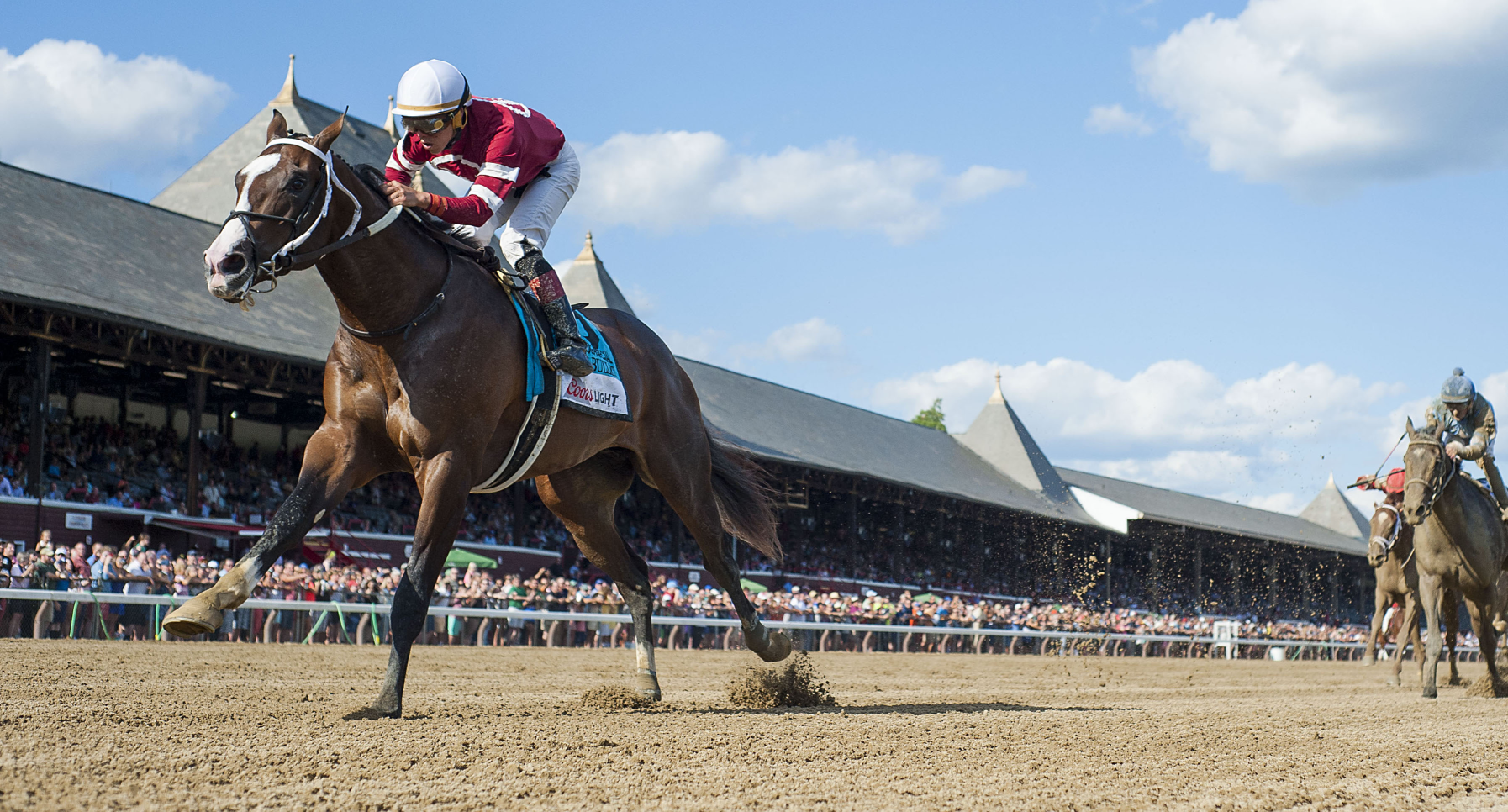 A short field will take the stage in this dirt sprint reserved for New York bred females.

The entries might have been limited once it got known that the outside mare would be running… She looks like a very strong favorite and will be hard to beat today but maybe some surprises can take place behind her to spice up the exotic bets.

Number 1, ABSATOOTLY won a couple of same-caliber races last year, always coming from behind, which is her preferred style apparently. It is usually not such a successful pace profile in dirt sprints but still, ABSATOOTLY managed to win half of her races at this distance… Today, a pretty dominating favorite with early speed will try to go all the way and it is not sure that enough pace pressure will be put on her for a come-from-behind horse like ABSATOOTLY to prevail… The workouts are good but ABSATOOTLY usually works very well in the morning and does not always transform that into wins in the afternoon… Still, with the come from behind style, it is very possible that ABSATOOTLY can score a place. The win looks a lot more difficult.

Number 2 SWING AND SWAY has been doing her best running on wet surfaces but today is not her lucky day as it forecasts to be one of the few dry days of this Saratoga racing season… SWING AND SWAY is another come from behind horse but contrary to her neighbour, she has not done well on the distance and seems to do better on shorter… Today, she gets paired with one of the hottest jockeys of the meet and maybe he can get half a furlong more out of her? On a dry surface, I think that SWING AND SWAY does not have the best chances but if it starts pouring down, why not.

Number 3, WONDERMENT has tried a few of these stake races in the past year and did not fare so well, except two times when coming from behind. More recently, the jockeys have tried to bring her forward earlier and that has not worked at all. She gets a new jockey today so maybe he will figure her out better? The trainer is doing very well at Saratoga this season so that’s certainly a good sign. Too bad there is no rain in the forecast as WONDERMENT has done her best racing in the wet. She makes a second start relatively quickly after a 6 months layoff and that’s something that has worked for the trainer before and WONDERMENT herself has placed in that setting. I think that her chances are better than what the morning line odds say but, for sure, it is a tall order today. If the jockey and trainer have a good plan, she can spice up the Exacta though.

Number 4, BONITA BIANCA makes an equipment change, taking off the blinkers so we can expect that she will patiently bid her time which has been her best move in her career. Her highlights include a couple of ungraded stakes wins but some time has passed and so far in 2018 she only has one easy class win to her credit. The trainer is in form, but I have my doubts about the horse. BONITA BIANCA makes a third start for the trainer and I am not sure that she could have progressed so much since her failure last out. She has some early speed, so she can remain forwardly placed but her best results have been on longer and today there should be little speed competition on the pace setter to help her make much ground in the stretch. As the likely second favourite, I think that there is value on passing on BONITA BIANCA today.

Number 5 PICCO UNO is not only the best horse on paper, she is also a lucky one as she draws the outside post position on a Saratoga racetrack which seems to have a bias this year. PICCO UNO is the only horse with real speed so she should be able to grab an easy lead. Hopefully her jockey keeps her a bit away from the rail but considering that he is doing great at Saratoga recently, we can bet he knows what path to take… PICCO UNO ran her fastest race last out and looking at the workouts, she retained her form but even a sub-par performance for her would likely be enough to win against this bunch. Having won multiple times on the distance and even that same race last year, we know that the track and distance fit. On top of that, PICCO UNO is in the right starting gate, with the right racing style and appears to be a lot better than all her opponents today. There is never a true lock in horse racing but PICCO UNO comes close here…

The favorite is looking very, very strong and should be a single on most Pick 6 and other multi-race exotic tickets.

A loss by PICCO UNO today would be quite an upset considering that the Saratoga track bias should play in her favour and that, even without it, she would likely have the upper hand against this bunch…

The places are pretty open behind her and I think that WONDERMENT has a better chance than what the morning line odds handicapper thinks. She might be the key to make the exotic bets a bit more interesting.