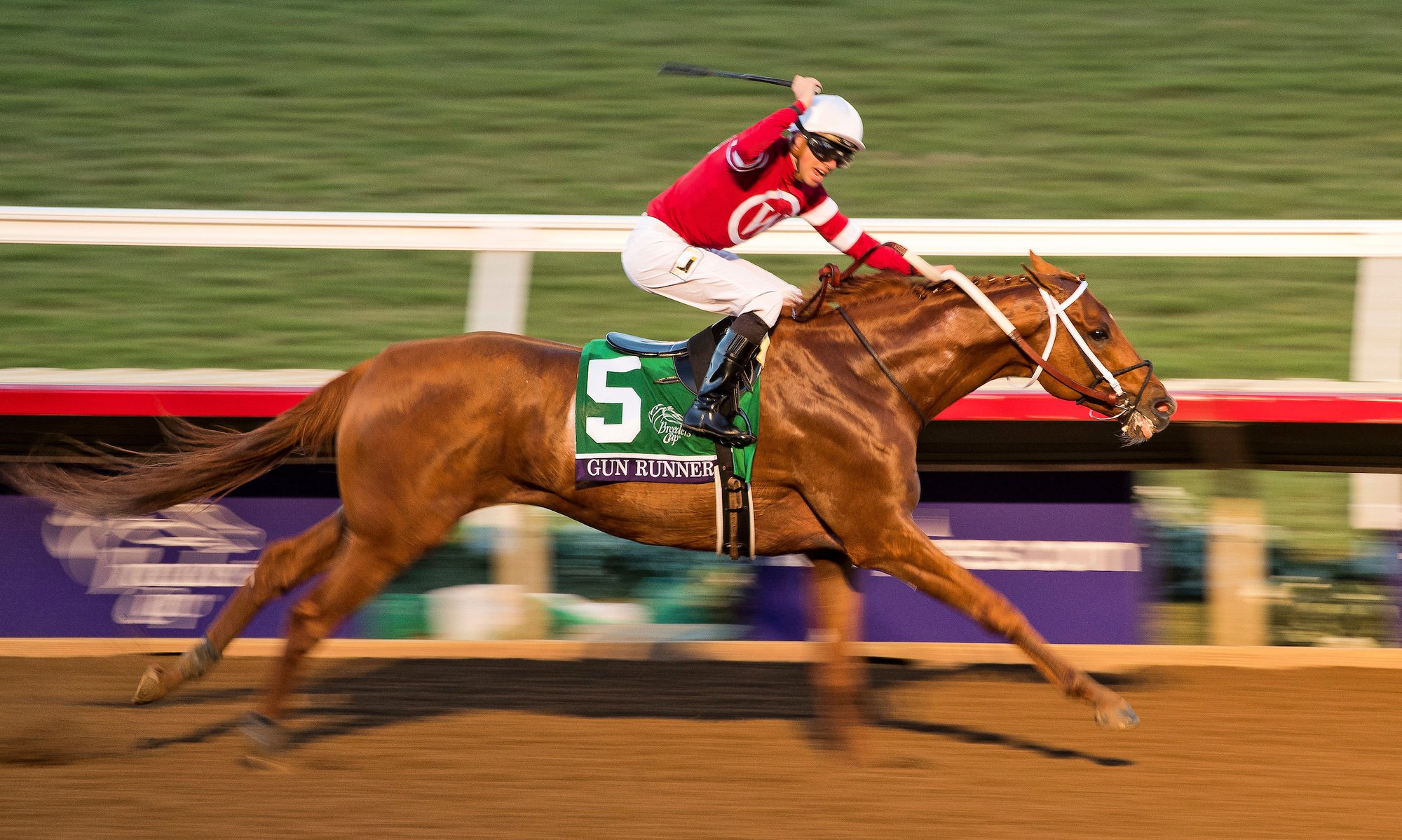 Each and every year the Breeder’s Cup rotates to a new venue. In 2021 the event, which takes place November 5th and 6th, will be held at Del Mar. The last time the event was held there was 2017.

With the 2021 event less than a month a way, many handicappers will begin their preparations for the world championships of horse racing. What better a time to look back and see what lessons learned that could be parlayed into cashing tickets in 2021.

the 2017 Breeder’s Cup was run in a different format than the 2021 event. The main reason for the change is the creation of Future Stars Friday.

In current iterations of the Breeder’s Cup all of the juvenile races have now been moved to the Friday Card. This leaves all of the older horses to run on Saturday. The change took place after the last running at Del Mar.

In 2017 the Breeder’s Cup at Del Mar featured only 13 races as part of the official 2 day event. In 2018, along with the addition of Future Stars Friday, the Juvenile Turf Sprint was added to the cards. This brought the event to its current total of 14 races.

The favorite in a given race is often referred to as the chalk. This goes back to when odds were written on a chalk board and the favorite would frequently have odds changed frequently, leaving a thicker chalk residue behind the odds than longer prices in the race.

One of the most prevalent themes of the 2017 Breeder’s Cup was the fact that favorites struggled mightily. In fact the world championships of horse racing saw only 1 favorite on each the 2 days.

The average win mutuel was $30.72 for the Breeder’s Cup races over the two days.

Del Mar Thoroughbred Club is known for its short stretch. This can make it extremely difficult to close from too far back as horses do not have time to gather momentum in the lane to close ground.

This is especially important on the turf. Turf racing is often slow at the beginning with horses relying on the best finishing kick to eat up all the ground in the stretch. At Del Mar, horses will need to be much closer to the group to pass their foes than they would at an east coast track like Saratoga.

Del Mar is located on a relatively compact plot of land which means that the turns are extremely tight. Similar to driving a car, horses must decelerate into turns to handle them properly. The tighter the turn, the more deceleration must occur.

This often means that the best trip is to flop out of the turn into the wider paths of the track for the stretch run. This tactic allows the horse to maintain more speed into the turn and continue accelerating out of it.

In combination with the short stretch this can be the small advantage horses need to get up in time from just off the pace.

It is important to note that this in an uncommon tactic for the horse who is in the lead. Conventional wisdom is to protect the rail and force other horses to cover more ground.

While front running styles won races overwhelming at the 2017 Breeder’s Cup, only 1 winner actually went wire to wire. That was eventual horse of the year Gun Runner in the Classic.

Players are best served looking for horses in the 2nd flight or speed horses who will be sitting just outside the leader. Unless the horse is much the best, this is a much better approach than trying to take the field gate to wire.

Miller Time at the Breeder’s Cup

California-based trainer Peter Miller had a big Breeder’s Cup in 2017 taking down 2 Breeder’s Cup races. They were the first 2 in his career. When looking at horses running on a unique configuration like Del Mar, connections can play a major role.

Finding jockeys or trainers that have had previous success at the track can be a great way to separate contenders or find prices to fill out your exotics.

Breeder’s Cup is a Gambler’s Paradise

In 2020 the total handle over the 2 day event was over $160 million. The entire world has its eyes set on these races. Given that horse racing is parimutuel, the more money in the pools, means more money going back to players.

The prestige of the races also helps fill out fields. On a typical day at Del Mar you may see fields of 7 or 8 horses, but almost every field in the Breeder’s Cup will be loaded with at least 10 runners. This means money has more directions to go and provides better value on the horses. Even favorites will be much longer prices in the Breeder’s Cup than they would be in any other stakes race all year.

With all the extra juice in the pool, the opportunity for life changing scores is far more abundant than on any other day in the racing calendar. During Breeder’s Cup it takes a lot lower strike right to have a winning day. In fact, a day of losing can often be wiped out by a creative a take in a trifecta or superfecta and make your Breeder’s Cup a profitable one.

Betting News will continue to cover the Breeder’s Cup in the month ahead. Check back weekly for more news and updates about the world championships of horse racing.