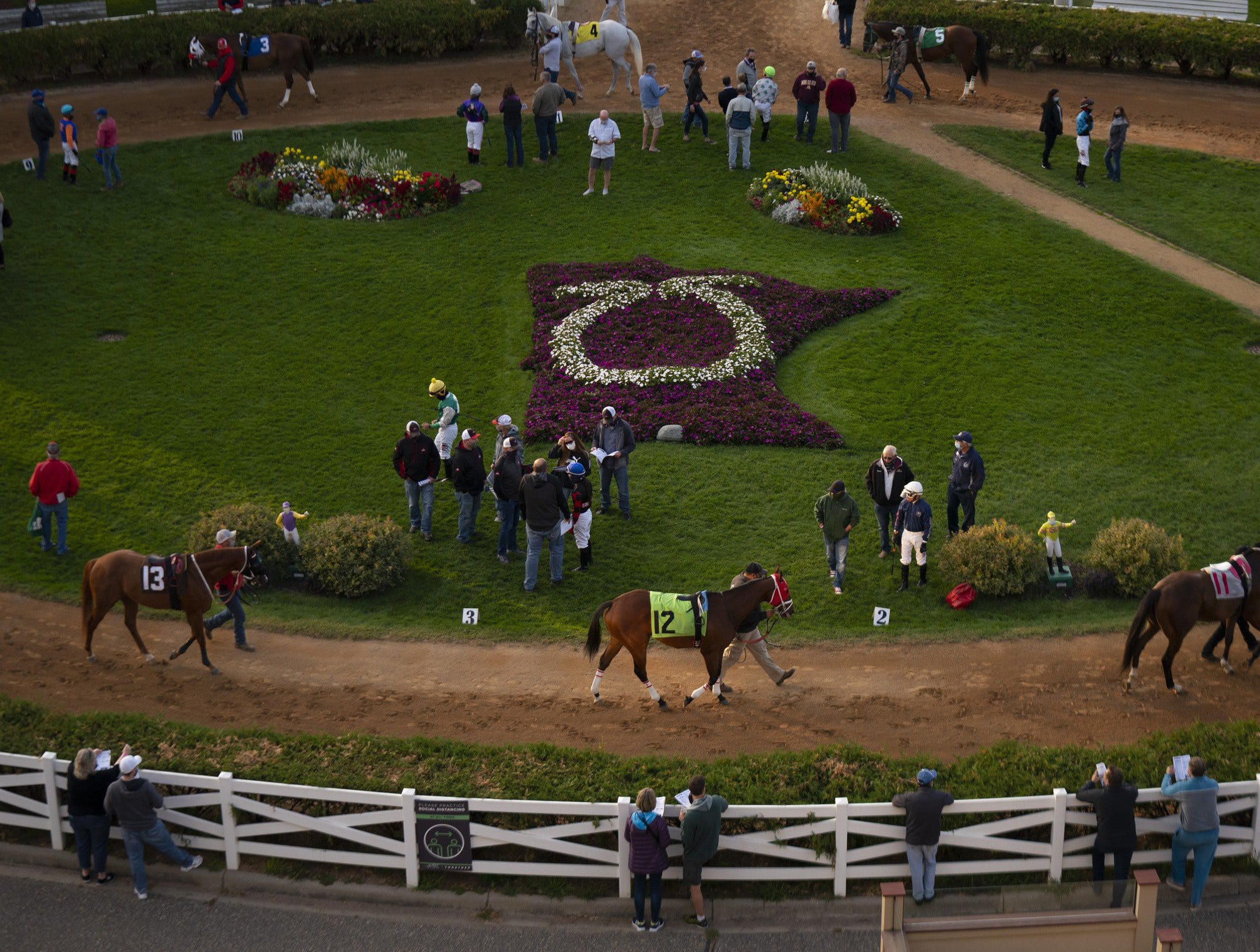 Wednesday night racing at Canterbury Park begins at 6:10 pm ET and features the Mystic Lake Derby. The midweek racing festival has drawn many recognizable names in racing to the Shakopee MN. Among these are trainers like Mike Maker, Steve Asmussen, and Belmont Stakes winning trainer, Brad Cox.

Canterbury is running a balanced card of races including 5 on their dirt course and 5 on their turf. The distances are also split down the middle with 5 sprints and 5 route races.

New players may recognize the voice of track announcer Paul Allen who is also the long-time radio play by play voice of the Minnesota Vikings.

Watch and Wager on Canterbury Park

The first race goes off 6:10 pm ET. Players hoping to watch and wager on the races can do so from race tracks around the country or on the family of Fox Sports Network as part of their program “America’s Day at the Races”.

To wager on the races players can open an account with a major online wagering platform such as TVG, NYRA Bets, or Twinspires. Almost all of the wagering platforms provide incentives for new players so review each provider to see which will give you the best benefit to join.

This year’s running features a number of talented runners from across the country. T D Dance was installed as the 5-2 favorite. The three year old colt runs for Brad Cox and will be ridden by Florent Geroux. The horse last showed an amazing turn of foot in a listed stakes race at Pimlico, blowing the doors off the competition.

Analysis of the Canterbury Park Card

Race 1 looks on paper to be the most wide open of the day from top to bottom. Although this claiming sprint on the dirt for older fillies and mares only has 6 runners, it genuinely looks like a race where almost everyone has a chance.

This race looks to have a lot of front running speed signed on including the favored runner #5 A Roze and Wine. She will have to deal with another speed ball just to her outside and has a quick tactical horse just to her inside.

If the pace really gets cooking up front, the race could set up for one of the off the pace runners. However, if the leaders back it down and save the running for the end, it could very well be a merry-go-round.

A lack of clarity in the pace scenario makes this race a really tough one to peg.

Best Bet of the Day

Horses are listed in order of preference.

Canterbury Park offers the lowest takeout in the country on pick 5 and pick 6 wagers. This means more money goes back to bettors.

Playing these wagers sends a strong message to the industry to lower a really challenging takeout rate for players to beat. Considering using the ticket below to support player-friendly wagers this Wednesday night.

Legs or races are separated by slashes. The bet begins in race 6.