Canterbury Park: Analysis for Wednesday’s Made in Minnesota Day 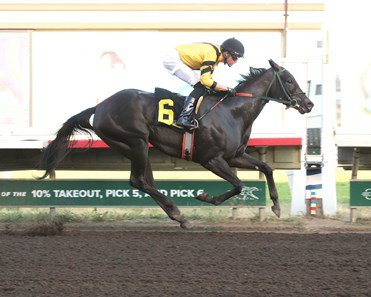 Canterbury Park By the Numbers

Players looking to play a track they are less familiar with can learn a lot about looking for trends in the racing meet to date.

All stats below have been tracked since July 1st, 2021.

Along with being at the front horses in the inside posts have also performed the best. Post positions 4,5, and 6 have the high win percentage in sprint races at 42%. Routes have been dominated by the inside 3 post positions winning at a 54% clip.

Turf sprints are similar dirt races at Canterbury Park. Early speed is deadly with a win percentage of 56% over an 18 race sample. The inside six positions are also the place to be. Although posts 4-6 have the same win percentage as 1-3 (39%), the former has finished in the money 24% more frequently than the inner most positions.

Turf routes at Canterbury Park have less to do with run style and more to do with post position. The 4 different run styles early speed, stalker, mid pack, and closer) are all with 10% of each other in terms of wins. However, post positions 1-3 are winning about 48% of the time while post 4-6 win about 31% of the time.

Canterbury Park Made In Minnesota Analysis

Wednesday’s card will feature Minnesota bred horses and includes 4 stakes races. The final two races of the card are quarter horse races which only run the length of the stretch.

All selections are listed in order of preference.

This small field kicks off the card at Canterbury Park and looks to have a formidable favorite in #2 DRENA’S STAR who has the top rating in many key handicapping factors including speed, class, and record. behind the favorite #4 KELLER’S GOLD is the longest shot on the board but could be helped by the front running bias. Lastly, #5 MINISTER OF SOUL has been in good form of late and a potential win contender

#1 SHAKES CREEK will be under the guidance of Ry Eikleberry and has a class edge on this bunch. Leading trainer Robertino Diodoro will send out the favorite in this spot in #5 NOBLE PURSUIT who is in with a great chance here. Boasting the best overall speed rating of late is #6 MITHQAAL and at 5-1 it is worth a play. Another longer shot in with a chance is #3 CHEST CANDY who is in good form and has early pace numbers to fit the way the track has been running.

#3 LE TUB rates the highest in speed, stamina, and class. Those three things together are usually a recipe for a trip to the winner’s circle. Other players include #1 FORTHELOVEOFLYDIA, #4 JUST PLAIN PRETTY, and, #7 KARALINKA.

Maiden claimers are among the most unpredictable runners on the circuit and I like a price in this spot. #5 ME AND ROSE is 4-1 on the morning line but has great connections and the best recent speed in the group. #8 BOOM TRUCK has the highest breeding rating in the race. #4 ROVERTON has the meet’s top jock aboard in Lindey Wade. #2 GUEST CHECK is among those in here with the best in the money percentage and is a player underneath.

I am hard against the top 2 choices in race #1 GETCHA and #3 SHAKELAS DESTINY.

The late pick 5 with only a 10% takeout begins in this race.

#1 HOTFOOT appears to be the class of the field and I prefer him on top. Canterbury Park’s top connections team up on #5 C DUB who enters as the tepid 3-1 favorite. #9 COMPANY STORE is a major player but is entered only if the race comes off the turf. Rounding out the selections is #10 SUPERIOR’S BOY who boasts the top turf speed figures in the group.

The stakes action kicks off in race 6 with the Canterbury Park Minnesota Derby. #3 THEALLIGATORHUNTER is a three year old colt for Tim Padilla. On paper he has the edge in speed, stamina, class, form, pace, record, and bias according to my numbers and should be a pretty solid lock here. Looking at others with a chance I like #4 SOTA KING at a price of 8-1 to beef up exactas. #2 BAYOU BENNY is also in with a shot here.

Race 7 is for the girls and there is another formidable favorite here in #3 STAR OF THE NORTH who is 7 for 7 after finishing third on debut. She seems like a tough customer here. #1 MOLLY’S ANGEL fits on pace figures and class. Another class play is the #4 OWEN’S PLEASURE who has also been in good form. Hall of fame jockey Dean Butler gets aboard #6 HELL OF THE NORTH who has the best the Brisnet Prime Power rating in the group.

The Wally’s Choice Stakes has a 9-5 favorite in #4 CINCO STAR. While it may be dangerous to play against Mac Robertson at Canterbury Park, I’ll take my chances here looking to the #3 DROP OF GOLDEN SUN who has the best speed and record for the distance. #1 ZOE’S DELIGHT is 8-1 on the morning line. A real gift as he ranks highest in stamina, class, pace, and form according to my numbers. Rounding out my selections is #5 DAME PLATA for the team of Bravo and Eikleberry.

The final thoroughbred race of the evening is the Glitter Star Stakes. While I don’t love the Robertson charge in race 8, its hard not to like his chances here since he has four of the six runners. My top selection will be the favorite #2 READY TO RUNAWAY who looks to be best here based on speed and class. #1 CLICKBAIT is also from the Robertson barn and may have the stamina late to finish the job. Rounding out my picks in this race will be the longest Mac Robertson horse in the #4 DEFEND THE ROSE who may get the best of it based on the way the track has been playing of late.

The ticket below is based on a $.50 base wager.

The 2022 French Open is underway at Stade Roland Garros in Paris, France, and we are already almost through the first week of play. Tomorrow, the remaining third-round matches will take place, after which the men’s and women’s singles draws will be down to their final 16 contenders. In both men’s and women’s singles, there END_OF_DOCUMENT_TOKEN_TO_BE_REPLACED