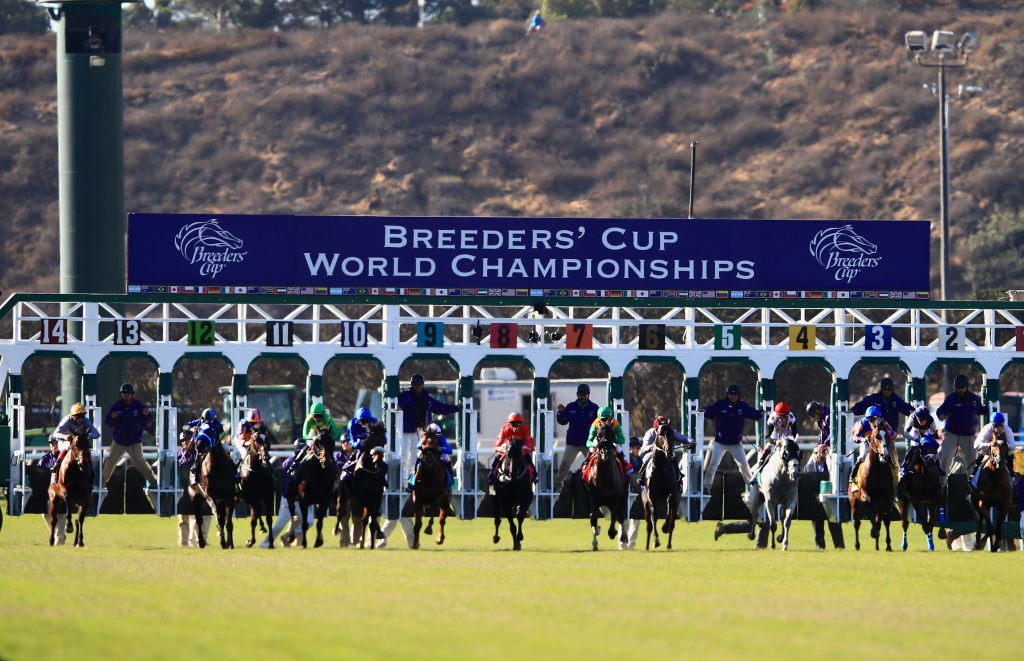 Today marked the final day of prep races for the world championships of horse racing. At this point all horses will train up to Breeder’s Cup. The event will take place November 5th and 6th at Del Mar Thoroughbred Club.

Jack Christopher will look to go a perfect 3 for 3 on the year in the 2021 Breeder’s Cup. He is owned by Peter Brandt and Chad Brown. Racing fans will almost immediately recognize the two tone green silks of Brandt’s stable.

The colt out of Munnings broke his maiden at Saratoga over the summer, which is often a hot bed for the precocious young talent.

In his second career start he romped at Belmont in the grade 1 Champagne Stakes. The victory came over the highly regarded Wit. With that win, the Juvenile became the obvious choice for the next race.

The field is likely to renew the east coast west coast rivalry in horse racing. Representing California will likely be a talented Baffert colt named Corniche who boasts an identical record.

The spotlight in this race may be for not as the connections have not ruled out taking a swing against the boys in the Juvenile Turf. Nevertheless the leader in the clubhouse for the 2 year old females is Tenebrism.

Partially owned by world-renowned Coolmore Stables, the filly is trained by one of the most prolific trainers in the world. Aiden O’Brien has dominated European turf racing, but had struggled in America as of late. That seems to have changed dramatically in 2021 with him picking up several impressive graded stakes wins states side this year.

The horse has two wins in two career starts, both while racing overseas. If she takes to the hard ground and tight turns at Del Mar, she could be ready to turn out another excellent effort.

Picking a leader among this group is no easy task. The probable field includes 5 last out winners, 4 of which did so in graded stakes. In the end I sided with Echo Zulu for Steve Asmussen and Ricardo Santana. The filly races in the famous maroon silks with the white Winchell Thoroughbreds logo.

In three career starts the horse has yet to lose a race. Her resume includes a maiden breaker at Saratoga. She followed that up with two impressive New York victories in graded stakes. First by winning the grade 1 Spinaway Stakes and following it up with a victory in the grade 1 Frizette Stakes at Belmont.

This is the other possible race for Tenebrism and honestly she would be formidable in this crew. However, the horse with the the most impressive lead in to the race has to be Tiz the Bomb.

The Kenny McPeek trained horse was mostly terrible on debut. Since that race fortunes have complete flipped. After breaking his maiden at Ellis Park the horse won the Kentucky Downs Juvenile Mile.

The undulating Kentucky track can be a bit deceiving and you can sometimes see fluky victories. However, this horse backed it up with a win in the grade 2 Bourbon Stakes at Keeneland just 3 days ago. Most impressively the horse ran off prior to the race and still was able to get the job done. Its hard to imagine what could have been if he hadn’t expended so much energy pre-race.

Perhaps the toughest field to get a read on is the one that runs here. Derrynane seems like the early favorite to take down this race. The filly is out of Quality Road by a Hard Spun mare and was impressive at Woodbine last out.

Trainer Christophe Clement is one of America’s turf trainer and with so few confirmed to this race, this filly seems like the way to go. Clement did reference wet conditions as a concern prior to her lone off the board finish. She is likely to get rock hard ground on the shores of California which could make her all that much tougher to beat.

One thing is for sure, this race should be fast. If it is speed you want, then you have to start the conversation with Jackie’s Warrior who has figured out that it is best to get out on the front end and wing it. This horse has proven time and time again that he is better going blistering on the front end and taking the starch out of anyone who thought they could kick on late.

The Maclean’s Music colt has run 11 times and lost only thrice. Two thirds of those loses came to Essential Quality at distances greater than a mile. Since cutting back to sprints, the horse faltered once in the Woody Stephens against Drain the Clock but has been otherwise perfect.

This race has a number of really solid runners, but the headliner of the field has to be Golden Pal for Wesley Ward. The horse has only lost 1 race on American soil and that was a maiden special weight race back at Gulfstream Park.

Any concern stemming from the August 20th race at Yorktown where the Uncle Mo colt took 7th, were eased last time out. In the grade 2 Woodford Stakes he set the pace, invited the competition into the race and then blew the doors off of them in the stretch.

Should Bob Baffert’s horses be permitted to run in the 2021 Breeder’s Cup, Gamine will be a heavy favorite in this race. The speedy filly has done little wrong in her career. She is 9 for 10 lifetime. Her only blemish came in the 2020 Kentucky Oaks where she finished third behind Shedaresthedevil and Swiss Skydiver.

She looks like a likely single on a lot of tickets and will look to use her wicked speed to run the rest of the field off their feet.

This is another field that looks to be full and salty. Tarnawa may go here unless she opts to take on the boys. She did in fact win that race last year. Since then the Euro has run a 1st and 2 seconds overseas.

Her most recent performance was 2nd in the Arc de Triomphe. Often times horses can be also rans in that race and come to America to crush even our best turf events. It is undoubtedly one of the best races in the world every year.

After coming off the Derby trail with an injury Life is Good was one of the most anticipated return horses in 2021. The horse did not disappoint losing narrowly to Jackie’s Warrior after a 5+ month layoff.

The horse would run back to win the Kelso Handicap at Belmont at the end of September. This is the same horse that beat Medina Spirit twice on the road to the Kentucky Derby.

One of the most interesting puzzles of the Breeder’s Cup is comparing European and American form. This race seems to have that challenge written all over it 2021. Certainly picking a favorite this far out is like throwing darts.

Palace Pier will come into the race as one of the most consistent horses. the runner has never finished worse than 3rd and that was behind The Revenant at Royal Ascot. If you take that race out. The horse has never lost in his career.

This race will put to the test the quality of the three old filly crop. Malathaat has done almost everything right to this point. Her only loss came at Saratoga where she was forced to do all the dirty work and got picked off late.

Her challenge in this spot will be taking on older horses. If she can pull off the win over the likes of Letruska and Shedaresthedevil, people will have to stop taking out the qualifier of 3 year old when discussing her place among the greats in training.

Mishriff is trained by John Gosden and will look to make the American debut a winning one. Fans who don’t follow a lot of races overseas will likely know this one from his victory in the Saudi Cup where he beat Max Player, Charlatan, and Knicks Go.

In Europe the competition has been plenty good include a race against the likes of Adayar and St. Mark’s Basilica.

The marquee race of the Breeder’s Cup is the classic. In some year’s this race looks top heavy, but this year there appears to be a nice spread of talent across the board. There are so many ways to go in this spot. Once again it will be a question of how the younger crop can hang with the old boys.

In the end I landed on Essential Quality for the spotlight feature. The horse has lost 1 race in his career, it was the Derby, in a 20 horse field, going wide throughout, to a horse that may or may not have had an enhanced performance.

The phrase has been overused, but he really does seem like a smart horse who will do whatever he has to do to get the job done. There are a lot of questions about whether he will be able to do that against horses of this caliber, but how many times does a winner have to win before you realize it is just who they are.