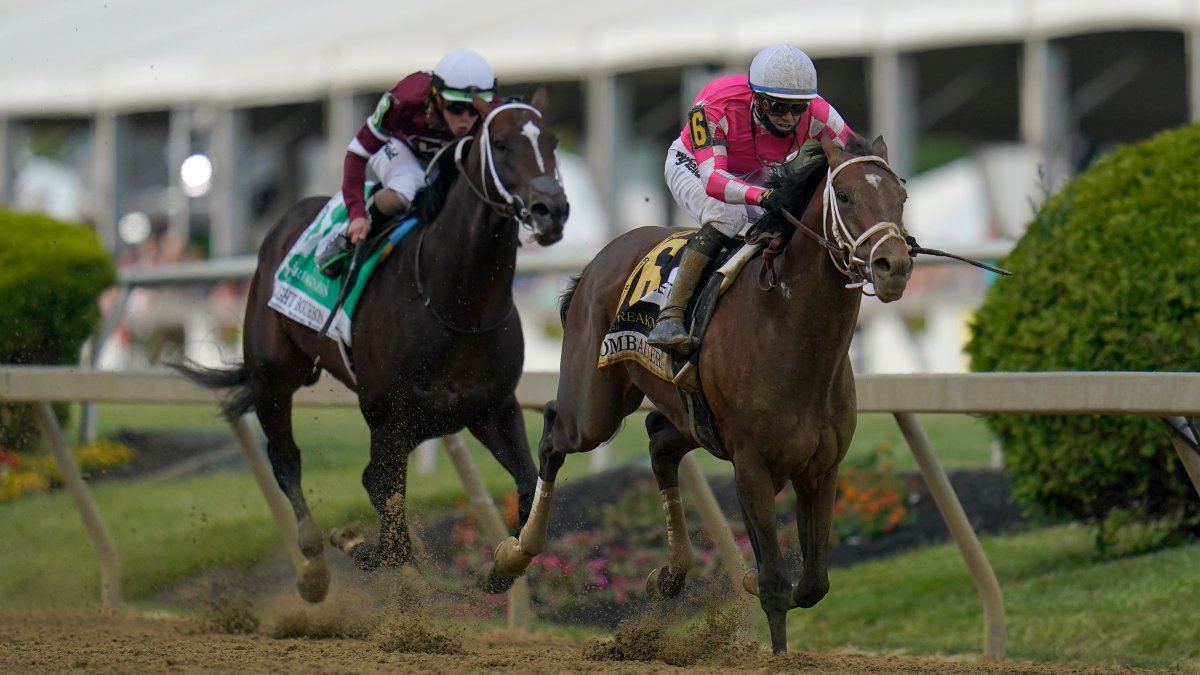 Since 2000 the Triple Crown races have been won by 3 different horses 11 times. The 2021 Belmont Stakes could produce a similar result with the return of Essential Quality.

The Kentucky Derby was won by Medina Spirit…or was it Mandaloun? The racing world is still awaiting official word on the results of the split sample drug test from the Kentucky Derby.

For those looking for quick resolution to this issue, past performance suggests it could still be quite some time before the Derby results are confirmed.

When Gamine ran in the 2020 Kentucky Oaks it took 5 months for the disqualification to be made official. That was without any appeals.

McCarthy had been high on the horse in the weeks leading up to the Derby. However, the ownership group decided to hold off and point to the Preakness. Rombauer had earned a free spot in the race by virtue of his win in the El Camino Real during the prep season.

Belmont presents a couple of unique challenges for jockeys and handicappers alike.

Belmont’s track is a 12 furlong oval. This is substantially more than the 8 furlongs (1 mile) oval present at most standard tracks around the country. The size of the track is particularly significant when it comes to the turns.

Similar to a car, a horse must slow down as they enter the turn to handle it. A horse who runs at full speed into the turn will “blow it” and angle out sharply into the center of the track as they enter the stretch. This ground loss can be a horrible disadvantage in the late stages of the race.

The size of Belmont means the turns are not as sharp as standard tracks. This allows horses to maintain better speed around the turn and thus can make the track significantly more fair.

The Belmont track is a composite dirt like most tracks around the nation. However, Belmont Park features a greater percentage of sand within the mix. This can be a huge advantage when trying to drain the spring rain that frequently befalls the New York track.

While the drainage can be a huge advantage, the sand also creates a deeper running surface. This can be exhausting for horses. Think about the difference between running 100 yards in a parking lot verses 100 yards on a beach. Belmont Park is far more demanding on horses than many of the tracks around the country.

It is too early at this point to know what the specific makeup of the Belmont will be. With horses in training, there is always the possibility that they will get injured or that connections will call a quick audible and seek another race that they feel comes up softer or better fits their runner.

Here’s a look at some of the possible contenders:

The Kentucky Derby and the Belmont Stakes are 5 weeks apart which seems to be the perfect layoff length for the modern trainer. It is no surprise to see so many Kentucky Derby runners looking to get back to the races on the card.

Along with Essential Quality the Derby returners looking at the Belmont include:

There could also be some fresh faces in the group. Peter Miller’s Get Her Number is listed as possible and beat Rombauer when they squared off in the American Pharoah during the prep season.

Trainer Todd Pletcher is always in a New York state of mind as he trains his “A string” in New York throughout the summer. Unsurprisingly, Pletcher has the first and third finishers from the Peter Pan listed as possible newcomers for this race. Overtook (3rd) is the most likely of these two while Promise Keeper (1st) appears to be pointed toward the Ohio Derby.

Betting News will continue to provide coverage and selections for the upcoming Belmont Stakes and the Belmont undercard in the lead up to the final jewel of the Triple Crown.