U.S. Open Betting Rewind: How did notable betting angles and options pan out at Torrey Pines? 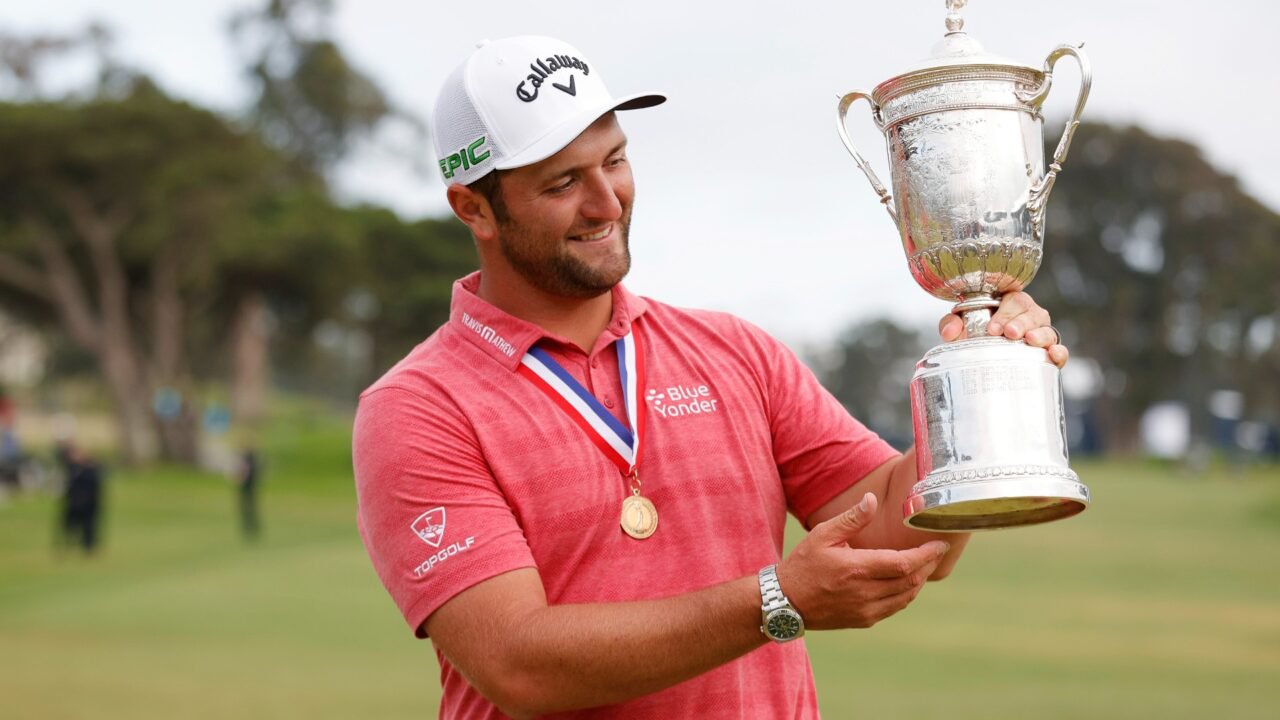 Among the U.S. Open options were five disparate wagering possibilities we revisited, with the sometimes-painful results included.

The betting choice for individual honors, Jon Rahm, paid off at odds of between 9-1 and 10-1 at most sportsbooks.

The No. 1-ranked (Golfweek/Sagarin world rankings) player won in spite of coming off a COVID-19 quarantine.

The defending U.S. Open champ, Bryson DeChambeau, had a nice price but a few drawbacks – and sports gamblers undoubtedly were tempted to back hometown guy Phil Mickelson as a live long shot (+6000 via FanDuel as the day before the first round).

Mickelson won the PGA Championship last month. As if the 51-year-old needed any added motivation, a U.S. Open title would have completed his career grand slam.

The pre-tournament betting menu looked like this, per BetMGM:

The money stayed strong on Rahm throughout the Spaniard’s quarantine and subsequent re-emergence. Beyond the wagers on winning the tournament, there were interesting matchup props and other options to consider.

Here is a Top 5 look at a few opinions held by experts and analysts around the golf-betting cyberspace, along with the specifics on how those wagers played out.

From Vegasinsider.com: There is an 11-yard gap in the average driving distance for these two guys, as Burns ranks 30th on Tour at 305.7 yards, with Streelman sitting at 119th on a 294.5-yard driving average. Hopefully over the course of 72 holes that plays out to be a significant advantage for Burns at this near pick'em price.

How it turned out: The driving distance advantage couldn’t make up for Burns’ bad starts to his Thursday and Friday rounds.

Burns likely had nightmares about the first hole at Torrey Pines. He double-bogeyed No. 1 on consecutive days and missed the cut by one shot. Burns collected eight birdies over the two days, but his nine bogeys and the two doubles were narrowly too much to overcome.

Streelman was consistent on the first day, carding an even-par 71, and then won this wager by capping off his round on Friday with four birdies over his final seven holes en route to a 2-under 69.

Odds per BetMGM as of Wednesday.

From sportsbookwire via USA Today: MORIKAWA (+188) is the pick in this early morning (10:29 a.m. ET) grouping. He leads the PGA Tour in Strokes Gained: Approach and Tee-to-Green for the 2020-21 season and will be able to stick his iron shots close in the softer, easier morning conditions.

He also has the best Round 1 scoring average of the three at 69.93 for the season.

How it turned out: Not exactly a fast starter, Morikawa rallied to shoot 67, 70 and 70. The bet, unfortunately for those who followed sportsbookwire’s suggestion, was for the first round only. And Morikawa was pretty bad, firing a 4-over 75.

Koepka won this wager, shooting a 2-under 69 on Thursday, while Thomas battled to a 2-over 73.

Morikawa stuck plenty of iron shots close to the pin over the ensuing three days, finishing tied for fourth in a group that also included Koepka at 2-under for the U.S. Open.

Thomas tied for 19th, four shots back of his first- and second-round playing partners.

Intriguing U.S. Open bet No. 3: The best of the live long shots.

Odds per BetMGM as of Wednesday.

From sportsbookwire via USA Today: Watson’s among the most experienced in the field at Torrey Pines with 28 career rounds on the South Course. He has averaged 1.76 strokes gained on the field per round. The 12-time PGA Tour champ won the 2011 Farmers Insurance Open for what was then his second career victory.

The two-time Masters champ hasn’t cracked the top 30 at the US Open since 2009, but the familiar course should help. He’s also in strong form for the lengthy Torrey Pines while averaging 0.82 Strokes Gained: Off-the-Tee and 1.03 SG: Tee-to-Green per round for the 2020-21 season.

How it turned out: Bubba had a few bookmakers sweating after Friday’s second round, carrying a 3-under 139 into the weekend. Had he kept up that pace, he would have equaled Jon Rahm’s winning score of 6-under.

Saturday and Sunday, however, were cruel to the lefty long shot and, after a 77 and 76, respectively, Watson tied for 50th and collected a check for a little north of $27,000.

DeChambeau, at 18-1, to win it all, and Louis Oosthuizen as a sleeper.

Odds courtesy of William Hill as of Wednesday.

From Kyle Porter, golf writer, CBS Sports: Winner — Bryson DeChambeau (18-1): The odds here just do not match up with how well DeChambeau fits the mold of the modern U.S. Open golfer. Sometimes we discount golfers who won the year before because of how few have gone back-to-back at this tournament, but you could make a real argument that DeChambeau's game fits Torrey Pines far better than it does Winged Foot (which he won by six). He's the pick at all future U.S. Opens until he gives me a reason he shouldn't be.

Sleeper — Louis Oosthuizen (45-1): Speaking of guys it's easy to like, Oosthuizen's U.S. Open record is pristine. He constantly finishes in the top 25 at this event (every year since 2015), and though he's also a difficult player to pick to actually win a major championship, it's likely that he's going to insert himself in the mix at some point — just like he did at the last U.S. Open as well as the PGA Championship at Kiawah Island.

How it turned out, DeChambeau: You can’t do much better for excitement when you have money riding on Bryson DeChambeau. The mercurial star, among the leaders during parts of all four days, went out in 2-under 33 on Sunday and actually led at minus-5 late in his front nine. At that point the analytics had him at 33.2 percent to win the U.S. Open.

With two other back-nine bogeys, his minus-5 ended as a plus-3 and DeChambeau tied for 26th.

How it turned out, Oosthuizen: Perhaps the best bet should always be for Louie to come close — but never win — a major tournament. He played spectacularly, and likely gave his backers major palpitations en route to a second place, 5-under finish.

If Rahm hadn’t hit two sensational putts, the 45-1 odds would have paid off.

Intriguing U.S. Open bet No. 5: Patrick Reed to be on his game.

Odds per FanDuel as of Wednesday afternoon.

From Bill Bowman of Gamingtoday.com: If you’re looking for a player who might not win but who could have enough game this week to finish in the top-five, look no further than Patrick Reed at +550.

He won the Farmers Insurance Open right here (at Torrey Pines) earlier this year so he’s had success on this track.

He’s also got top-20s in the first two majors of the season. He may not win it this week, but a top-five finish certainly isn’t out of the question and would provide bettors with a decent payday.

How it turned out: Reed couldn’t quite find an elite level of play at Torrey Pines — until it was too late. His final-round 67 couldn’t make up for a 72, 73, 74 start and he finished in a tie for 19th.