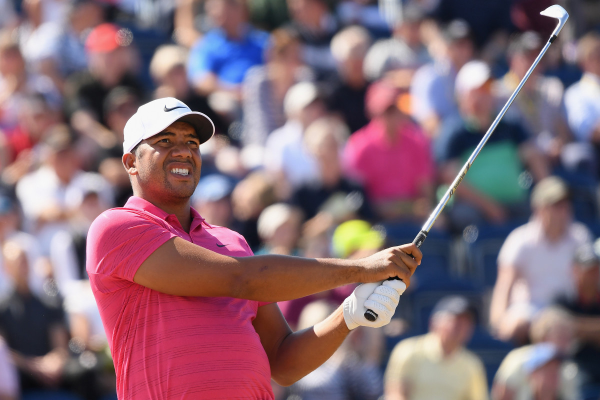 This week, we are taking a look at the RBC Canadian Open. This tournament is being played at the Glen Abbey Golf Course in Oakville, Ontario Canada.  The tournament has been played since 1904 and is the third oldest, consecutively played golf tournament played on the PGA Tour.

The last two years, we have witnessed Jhonattan Vegas hoist the trophy in the winners circle, winning in 2016 and 2017.  He will be looking to record his third consecutive win at Glen Abbey this week when he takes on the rest of the field. Glen Abbey has hosted this tournament 29 times.  The course was designed by Jack Nicklaus and as with all Nicklaus courses, it favors those that can pull the ball left to right.

Glen Abbey is a Par 72 Golf Course that measures just over 7,250 yards.  The course is not extremely difficult but the weather usually plays a part.  This area can get windy and when that happens, that 7,250 yard course will seem like 10,000 yards!

Additionally, the fairways are very generous but the way they are positioned, they are difficult to reach.  The same goes for the greens. The greens are fairly small compared to what they have been playing on at the Barbasol, The Open Championship and more recent tournaments.  Without a doubt, golfers that have some distance and a combination of decent GreensinRegulation numbers with added accuracy will do very good here!

The RBC Canadian Open will all get started on Thursday morning, July 26 and run through Sunday, July 30, 2018.

The top bet for the RBC Canadian Open is Charley Hoffman.  Hoffman has several things going for him at Glen Abbey. First, he has good course history.  Last year, he narrowly lost and finished in 2nd place. Three years ago, he finished in 7th place and the year before that he ended up in 16th place.  Second, he is having a really decent year! He is coming off 17th and 19th place finishes at The Open Championship and the Scottish Open, not to mention he finished in 15th place in his last tournament in the states, which was the Travelers Championship.  Too many things point to Hoffman having a decent tournament here and he will be our top bet at 25/1.

Our longshot play of week is Gary Woodland at 50/1.  Woodland sets up perfectly for this course. He is long off the tee and can reach those par 5’s with ease!  He doesn’t really have the best form right now but his course history makes up for it. He finished 4th here last year and also has a 61st place finish back in 2013.  People seem to forget that he won the Phoenix Open already this year and really does well on these courses that require some distance. He can crush the ball with fairly decent accuracy and at 50/1, he will be our longshot of the week.

My top fade this week is Dustin Johnson at 7/1.  For starters, you should never play a golfer at 7/1 no matter how good they are compared to the field.  That just isn’t smart betting. That being said, I also didn’t like the way DJ played last week. He didn’t make the cut and just looked awful on the course.  I don’t know what it was or if he wasn’t feeling himself but he played like crap and until he gets a week or two under his belt, I am going to fade him in favor of some other guys with better odds.