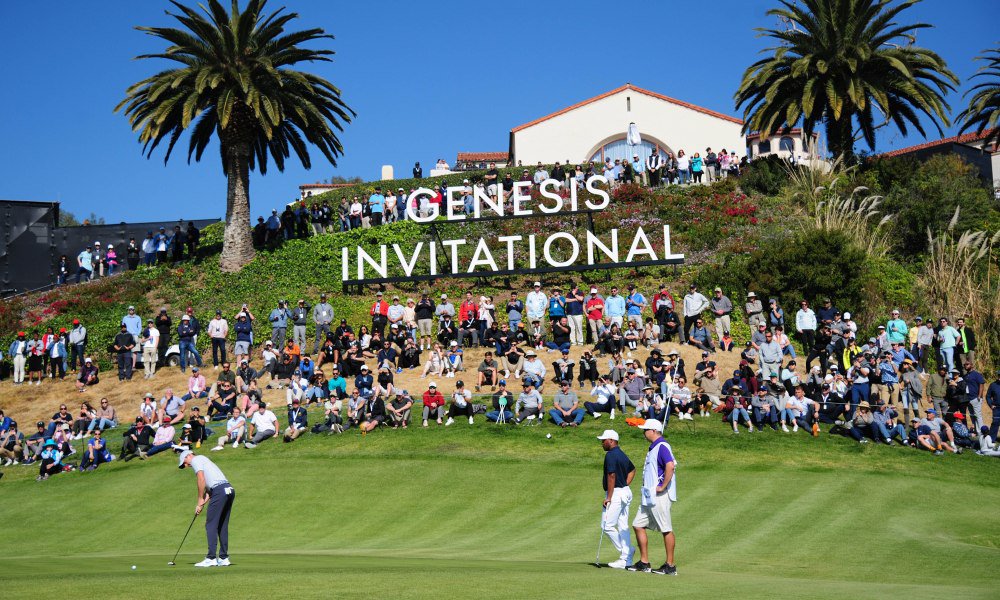 This week in golf betting sees the PGA Tour finish off its West Coast portion of its schedule with an event that boasts a stacked field set to be hosted at a legendary course. The Riviera Country Club is near the top of every golf nerd’s list of favorite courses in the United States. The Par 71 course measures at 7,349 yards long and its well-known design and architecture makes it one of the more challenging but fun courses for professional golfers to play.

This week’s event has the most star-studded field to-date in 2021, with twelve of the top fifteen ranked golfers in the world competing this week. That list includes Dustin Johnson, Rory McIlroy, and Jon Rahm.

Unsurprisingly, the number one ranked golfer in the world Dustin Johnson sits atop the golf betting odds list at +550. The current Masters champion has four wins and three second place finishes over his last nine events. His only non-top two finishes in that span were a T6 at the US Open and a T11 at the Tournament of Champions.

Here is a rundown of the top ten golfers on the Genesis Invitational odds list:

Odds to Win the 2021 Genesis Invitational

All odds are via FanDuel Sportsbook as of Tuesday, February 16. Click here for updated golf betting odds.

Golf Betting Stats and Facts: How to Handicap the Genesis Invitational

Golf betting requires evaluating a number of factors each week. What are the important factors to consider for the Genesis Invitational?

Riviera is one of those courses where a golfer will have to use every club in his bag to find success. It does not have a single characteristic to it that allows us to focus in on one aspect of the game for a more precise level of handicapping. For that reason, looking at each of the “strokes gained” categories are favored over some more specific stats like proximity to the hole from a set distance.

Additionally, one thing that a golfer absolutely must be sharp in is their approach game. If you are thinking about betting on someone who is great off the tee and great with a putter but struggles with an iron in their hand, go ahead and save yourself the money.

Looking at “off the tee” statistics can be tough for Riviera. Both long hitters and short but accurate hitters have found success here in the past. Most times it is not about how long you hit it. Instead, it is about avoiding certain areas on each hole that can spell disaster. Shorter hitters will have to worry about the bunkers. On the other hand, longer hitters will have to worry about the dangerous rough and bad angles to the hole. Avoiding bad drives, no matter the distance, will be key this week.

Greens in regulation and strokes gained: approach the green will be stats that you will want to narrow in on. Much like Augusta National, hitting it to the right spot on the greens will be absolutely necessary in order to score birdies. Furthermore, missing the greens at Riviera can be extremely costly. Tight lies and hard angles around the greens demand a dialed in short game. That is why looking at strokes gained: around-the-green will be important as betting on golfers who struggle to save par when they miss the green is a terrible idea.

Finally, the Riviera greens are made up of poa annua grass. This will be the last we’ll see of this type of grass for a while as the PGA Tour ends its West Coast swing. Take a look at which golfers putt well at Torrey Pines and Pebble Beach. Find those who know how to read the tricky poa annua surface, and make your golf betting choices accordingly.

Whether you’re betting on him or not, it will be fascinating to see how DeChambeau’s new style of play will fare at Riviera. Will it look like it did at Winged Foot or will he struggle with it like he did at Augusta?

No matter what you think of him you have to assume there is golf betting value on him at +1700.

Golf is always more fun when Jordan Spieth is at the top of his game. And the three-time major winner finally returned to form the past two weeks, despite not winning after having the solo lead or co-lead heading into Sunday at the Phoenix Open and the Pebble Beach Pro-Am. While Spieth could not close the deal either week, two-straight top 5 finishes is a fantastic sign for things to come. His most notable stat heading into this week is that he ranks T8 in strokes gained: around-the-green. That could give him a lane to victory at Riviera, in addition to his confidence from his recent form.

Obviously, golf betting odds aren’t quite sold on the Spieth resurgence yet. As mentioned, he is listed at just +4000 this week. With how well his iron-play has been as of late, it is tough to pass up on him at his current price tag.