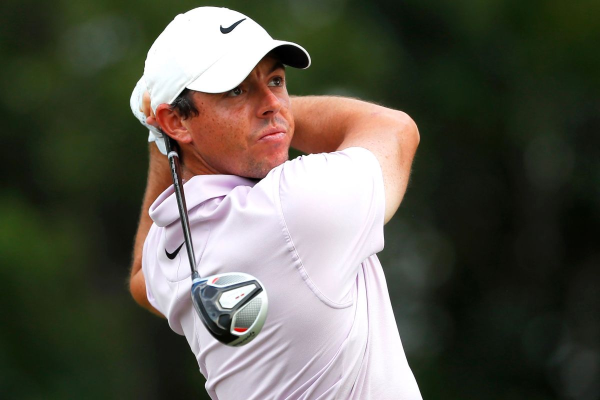 One playoff event down, two more to go. After Patrick Reed won the Northern Trust over the weekend, the top 70 players in the FedEx Cup standings head to Medinah, Ill., for the BMW Championship.

Players will be making a push this week to move up into the top 30 if they’re not there already. Obviously, the golfers like first-place Brooks Koepka and third-place Rory McIlroy will have very little to worry about. But No. 33 Hideki Matsuyama, No. 34 Francesco Molinari, and No. 38 Tiger Woods will all try to make sure they make it to East Lake Golf Course for the Tour Championship.

But first, those players have to go through Medinah Country Club. So let’s look at the course for this week, some keys to victory, and the top contenders to win.

Medinah Country Club is home to three courses, most notably its Course 3. Now at a whopping 7,657 yards in length, Course 3 has hosted three U.S. Opens, two PGA Championships, and the 2012 Ryder Cup. The extreme length and large number of trees are the main highlights of this course, with roughly 4,700 various trees lining the fairways of Medinah. Water is present, coming into play on five holes, including a few Par 3s we’ll mention in a section.

The main holes to look out for include the Par-5 7th and 14th, each of which stretch over 600 yards. There’s the Par-4 15th, the only Par 4 shorter than the 412-yard Hole 3. Of course, you won’t be able to miss Lake Kadijah, the face of the course that is surrounding three Par 3s. One of those is Hole 13, a 245-yard challenge that is considered the signature hole at Medinah.

As a whole, this course is defined by long fairways surrounded by several thousand trees. So driving will be a huge factor at the BMW Championship. Inaccurate drives will force golfers to battle thick tree lines and heavy rough just to make it back onto the fairways. So the straight, long hitters will have an advantage this week.

Accuracy will be important all-around of course. Errant approach shots could get you in trouble on certain holes, especially the ones where water is involved. But as a whole, the golfers who will perform the best will be the ones who dominate off-the-tee and are able to shape shots well enough to take advantage of the average-sized greens.

So who could leave Medinah on Sunday as a winner? Here are some golfers to keep an eye on.

It seems like Rory is the favorite going into most tournaments he’s in, the BMW Championship being no exception. Currently ranked third in the FedEx Cup standings, McIlroy leads the Tour in SG: off-the-tee, SG: tee-to-green, and total strokes gained. His driving ability and consistency should keep him in contention all tournament long.

Rahm was a few holes away from winning the Northern Trust and likely catapulting to first in the standings. He should be able to succeed again at Medinah, as the young Spaniard is second behind McIlroy in SG: off-the-tee and one of the best long hitters around. He’s an all-around good player who could take down the field.

Cantlay has a profile that is tailor-made for Medinah. He’s top five in total strokes gained and SG: tee-to-green. He’s also elite around the green and has a very good putting stroke. If there’s one area that’s a concern, Cantlay is only 153rd in driving accuracy. If he is able to find fairways, this could be a week to remember for Cantlay.

I wanted to mention someone outside of the top 30 who needs a good tournament to advance to the Tour Championship. That could be Molinari, who has had an up-and-down season. Even though the stats aren’t the best, he’s an accurate driver who could turn it on at any time and contend. With those odds, I think he’s certainly worth a flyer.

For this week, I’m going with Patrick Cantlay to win the BMW Championship and move into the driver’s seat of the FedEx Cup standings. The first round at Medinah tees off Thursday at 9:15 am Central Time.