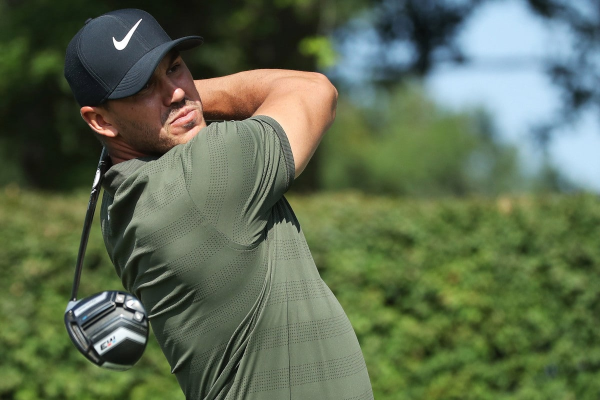 The PGA Championship is coming up quickly, as the year’s second major will tee off at Bethpage Black next week. But one more tournament happens before then, the AT&T Byron Nelson. While many golfers on Tour are already gearing up for the PGA, several notable ones are in Dallas this week in search of victory, including Brooks Koepka, Jordan Spieth, and Hideki Matsuyama.

Here is what you need to know about the AT&T Byron Nelson, including the course, the latest tournament history, and some names to watch out for.

This tournament has been around as one name or another for 75 years and has played at several courses in the Dallas-Fort Worth area. But it wasn’t until last year when the tournament moved to Trinity Forest Golf Club, a newer course in Dallas that opened in 2016.

This Par 71, 7,380-yard course is completely treeless, a bit ironic given the “forest” in the name. Instead, it is a links-style course, with long layouts over undulating terrain along with a fair share of pot bunkers and fescue rough. But Bill Coore and Ben Crenshaw also didn’t design this course to completely emulate a classic Scottish links course. The fairways are wide open, and the greens are large and welcoming, leading to some very low scores.

The AT&T Byron Nelson is one of two Tour stops named after a professional golfer, the other being the Arnold Palmer Invitational. It is also the leading fundraiser for charity on the Tour, bringing in approximately $143 million for the Momentous Institute. The tournament has been around since 1944, playing at multiple courses in the Dallas area. Nelson, a native Texan, was the event’s first winner and became the namesake in 1968.

In the first year at Trinity Forest, 21-year-old rookie Aaron Wise put up the lowest score in Byron Nelson history. Wise and Marc Leishman were deadlocked at -17 heading into Sunday, but Wise pulled away with a stretch of five birdies in six holes and a bogey-free back nine, finishing with a record score of -23. Leishman finished three strokes back, followed by Branden Grace, JJ Spaun, and Keith Mitchell, who rounded out the top five.

Some other recent winners, when the tournament was played at the Tournament Players Course and the Cottonwood Valley Course, include Billy Horschel in 2017, Sergio Garcia for the second time in 2016, and Steven Bowditch in 2015. However, none of those three are competing this weekend.

Here are some of the names to look out for this week in Dallas:

The betting favorite entering the tournament, Koepka is new to Trinity Forest but not new to this tournament. He was in the Byron Nelson for four straight years, which included a playoff loss to Garcia in 2016, before sitting out last year. Koepka will treat this as seriously as he can, making sure his form is good enough for his title defense of the PGA Championship next week.

Last year’s runner-up was going shot-for-shot with Wise before a couple of bogeys on the back nine cost him his chance at the title. But Leishman can clearly play well here. He also has five top-10 finishes under his belt this season, making him a logical choice to be in the running come Sunday once again.

In his first experience with Trinity Forest, Mitchell finished T3 last year, leading the field in proximity. He’s a great driver who will benefit from some of the soft and wet conditions expected this weekend. And he comes in with a PGA National win from two months ago and top-eight finishes at Bay Hill and Quail Hollow. He’s an interesting pick, to say the least.

Since a lot of these tournaments lately have had winners no one expects, Knox is someone who is flying under the radar but has a skill set that can play here. A native of Scotland, Knox is used to these links-style courses and has had some success with them. He’s also third in SG: approach on the Tour and top-25 in total driving, making him an intriguing sleeper choice.

Matsuyama and Spieth have the next-highest odds to win, followed by the defending champ Wise and Henrik Stenson. For this tournament, I’ll take the hot-hitting Mitchell to build off of last year’s success and capture the AT&T Byron Nelson win.

The first group of golfers tee off Thursday morning at 6:50 a.m. local time in Dallas.