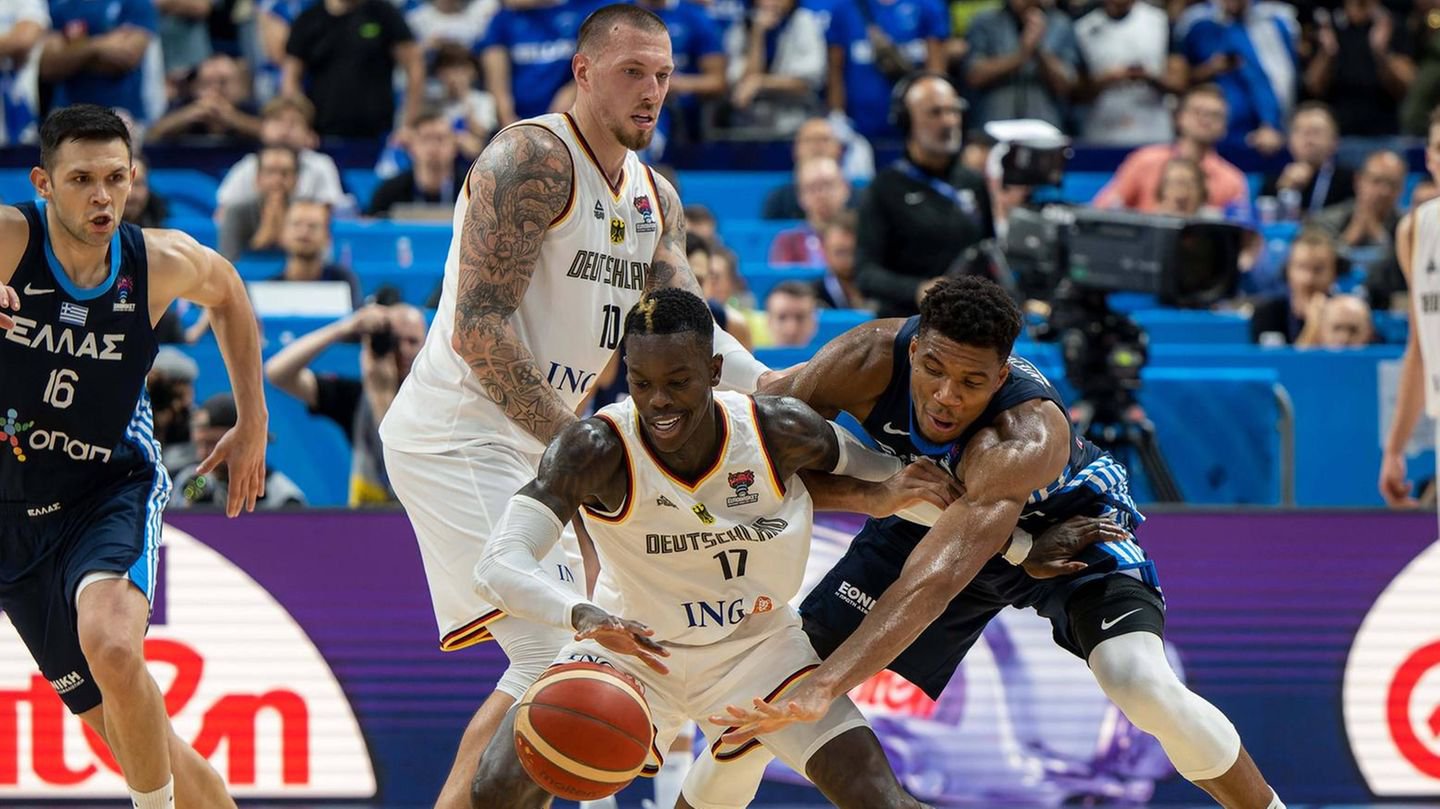 In today’s second Eurobasket 2022 final, Germany and Spain will face off at Mercedes-Benz Arena in Berlin.

Germany, who hosted and won the tournament in 1993, reached the Eurobasket semis for the first time since 2005 by upsetting Giannis Antetokounmpo and Greece 107-96 on Tuesday.

This will be the 11th consecutive Eurobasket semifinal appearance for Spain, who won the tournament in 2009, 2011, and 2015. They no longer have the Gasol brothers, but here they are again in the late stages of a major international tournament and eyeing gold.

Will Spain move within one win of a fourth title, or will Germany set up a potential Group B rematch with France in Sunday’s title game?

Game odds are via FanDuel. Odds from other legal online sportsbooks may also appear in this article.

After Germany dominated Greece in the second half, it’s certainly difficult to find reasons to bet against them.

After trailing 61-57 at halftime, Germany opened the third quarter with a 20-1 run and then had another 18-5 run in the fourth quarter as they outscored Greece 50-35 in the second half.

Germany’s three-point shooting was too much for Greece to overcome, as they went 17 for 31 from deep, including 8 for 12 in a 31-point first quarter. Franz Wagner and Andi Obst both hit five threes, while Dennis Schroder, who’s not really known for his perimeter shooting, made three of six from outside.

While Dennis Schroder’s last couple of NBA seasons may not have gone as he would have hoped, he has come up big for Germany at Eurobasket 2022. Against Greece, he had 26 points and eight assists, and he is averaging 20.2 PPG and 7.2 APG for the tournament.

Schroder, Wagner, and Obst led the way in scoring department against Greece, but another name familiar to NBA fans, big man Daniel Theis also came up big with his best performance of the tournament, recording 13 points and 16 rebounds.

Notably, Germany put up 107 points without former Columbia star Maodo Lo making a major impact. Lo is averaging 12.7 PPG and shooting 48.7 percent (19 for 39) from three at Eurobasket, but he was just 1 for 8 from the field (1 for 4 from three) and scored just three points against Greece.

With so many offensive threats to deal with, Spain will face a tough task in trying to keep Germany from lighting up the scoreboard yet again.

Spain can certainly score plenty as well, as they have hit the century mark three times in the tournament. The Hernangomez brothers are leading the way, along with naturalized guard Lorenzo Brown, who is making a big impact in his first international tournament for Spain. All three are averaging double figures in scoring and will need to produce against Germany.

Top Performers for Spain at Eurobasket 2022

However, just as France will prefer to keep Poland under 80 points, Spain will certainly want to do the same in this matchup.

If they are to do that, they can ill-afford to let Germany do what Finland did in the quarters. Finland made 11 of 15 shots in the opening period, including 4 for 8 from three, and jumped out to a 30-19 lead.

With Finland shooting 55.4 percent from the field for the game, Spain had to score to keep up, get ahead, and stay ahead, and they did that. But if they put themselves in a similar position against Germany, a stronger opponent than Finland, clawing their way out will be much more difficult.

But after having to navigate stiff tests against Turkey, Lithuania, and Finland, Spain will be prepared. It’s very tough to bet against Germany with how impressive they were against Greece, but I love the underdog value with Spain here.