The NFC West currently consists of four teams: the Los Angeles Rams, Arizona Cardinals, San Francisco 49ers, and Seattle Seahawks. The 2002 realignment of divisions changed the entire look of the NFC West, which brought the division to where they are today. With the Rams’ return to Los Angeles in 2016, the entire NFC West is now located west of the Rockies for the first time in its history (and is the only division in the whole NFL to have that distinction). Three of the four teams are in the Pacific Time Zone, with Arizona being the exception.

History of Rams vs. Cardinals Rivalry

The Los Angeles Rams and the Arizona Cardinals have been playing football against one another for a very long time. The franchises’ roots date back to 1937, when the two teams met as the Cleveland Rams and the Chicago Cardinals. The Cardinals won the inaugural game between the two by a score of 6-0. The two franchises have met 80 times since that first game, with only a few years separating the longest stretch the Cardinals and Rams have gone without playing one another.

The Los Angeles Rams currently hold the lead in the overall series between them and the Arizona Cardinals by a margin of 41-38-2. The Rams also hold the lead in total points scored since the two started playing in 1937, 1622-1552. That is an average game of 20.02 to 19.16 which shows the closeness that this rivalry has kept over the decades.

The two franchises most closely resemble their current state since 1988, when the Cardinals moved from St. Louis to Phoenix. Since that time, the Arizona Cardinals are just 9-10 against the Rams at home but surprisingly have fared much better on the road in Los Angeles and St. Louis with a record of 14-9. The Cardinals really staked their claim as road warriors in the series between 2005-2011 when they won seven in a row in St. Louis.

The Arizona Cardinals and Los Angeles Rams both have a recent history of some really high times and some really low times. The high times since the late 1990’s also intertwine these franchises even further. The Rams were able to win a Super Bowl with quarterback Kurt Warner at the helm in 1999 with a team that has been famously dubbed the “Greatest Show on Turf.” The Cardinals made the Super Bowl in 2008 with an aging Kurt Warner behind center, but lost to the Pittsburgh Steelers.

In the 2010’s, both franchises started the decade rather weakly. The Cardinals were not able to capitalize off their success in 2008 and quickly fell into obscurity. After somewhat of a quarterback carousel, the Cardinals found moderate success with Carson Palmer. This version of the Cardinals never made it to the Super Bowl and the Bruce Arians/Carson Palmer era ended after the 2017 season. Arians and Palmer both retired following the season.

The Rams began the 2010’s with the #1 overall pick after finishing 1-15 in 2009. The Rams selected Sam Bradford out of Oklahoma to be the face of the franchise, but things never panned out for Bradford in St. Louis as he never led the franchise to a winning record. The St. Louis Rams did not make the playoffs from 2005-2015.  The 2017 season was the Rams first winning season since 2003. They will meet the New England Patriots in Super Bowl LIII to conclude the 2018-2019 NFL season.

Head to Head Analysis of Rams vs. Cardinals

A side note to this rivalry has been the “Rams Curse” that many Arizona Cardinals fans swear is true. Many Cardinals players have faced devastating injuries against the Rams. In 2017, Carson Palmer broke his arm in what would be the final play of his career. In 2016, David Johnson was knocked out of the game with a knee injury. In 2014, Carson Palmer tore his ACL and his back-up Drew Stanton also fell to the Rams with a knee injury, forcing third-stringer Ryan Lindley to start the Cardinals’ playoff game.

A Glance at Postseason Success in Rams vs. Cardinals

The Los Angeles Rams reached the Super Bowl in 2019, which was the 4th as part of Los Angeles. Of course, the greatest show on turf came from St. Louis. The success has been off and on for the Rams.  The Arizona Cardinals have never won a Super Bowl. They did reach the big game  over 50 years ago. The last time the Cardinals were in the postseason was 2015 when they beat the Packers, and then lost to the Panthers.

The two franchises are currently on polar opposite spectrums of the NFL. The Rams lost in the Super Bowl to the Patriots while Arizona just hired a new head coach and is pondering who to select with the first overall pick in the 2019 NFL Draft. Los Angeles just finished the season with a 13-3 record while the Cardinals floundered at 3-13.

Los Angeles has built their core young and talented. Quarterback Jared Goff, running back Todd Gurley, and defensive tackle Aaron Donald are all still young and figure to be in their peak for seasons to come. The Arizona Cardinals drafted their quarterback of the future in Josh Rosen in the 2018 season, but his rookie season was far from impressive.

The Cardinals certainly have some work to do to give this rivalry some bite again, as they have been the doormat of the Rams and the rest of the NFC West for two seasons now. If they hit on Rosen and the new coaching hire and get the best out of him, they could surprise some people next season and for years to come. However, if they missed, we all know that the Rams are capable of burying them for the next 5-10 years as the Cardinals will have to start their rebuild all over again. 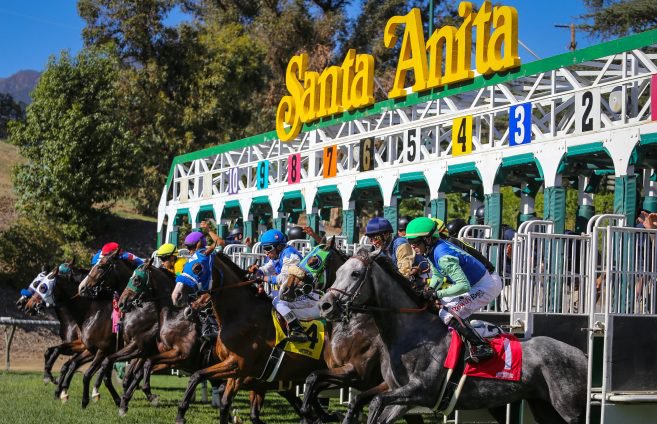