The Detroit Tigers franchise is so old, it was in the Western League before the MLB even existed.

The first Tigers’ game as a professional team was in April of 1901. They trailed the Milwaukee Brewers 13-4 entering the ninth inning and staged a dramatic comeback to win 14-13.

Detroit has won four World Series titles since then and seven other American League pennants – the most recent coming in 2012.

The Tigers are currently in a six-year playoff drought. They were especially bad in 2019, when they finished with a 47-114 record.

This season did not begin with high expectations, and the Tigers did not prove any of the prognosticators wrong. They finished with a 23-35 record during the shortened season, which was the third-worst record in MLB. The pitching staff finished with an MLB-worst 6.37 ERA – the second-straight season the Tigers were at the bottom in that statistic.

Following the final game of the regular season, third-year manager Ron Gardenhire announced his retirement from baseball due to health concerns. The Tigers named bench coach Lloyd McClendon interim manager, but as of Oct. 5, they had not named a permanent replacement for Gardenhire.

Detroit has a long way to go in order to make its roster competitive, but players like shortstop Will Castro, first baseman C.J. Cron and pitchers Spencer Turnbull and Casey Mize are good building blocks for the future.

The Tigers won their first three AL pennants in 1907, 1908 and 1909 with the legendary Ty Cobb leading the way. They lost to the Chicago Cubs in the 1907 and 1908 World Series. In 1909, Cobb won the triple crown and led the league with 76 stolen bases. He didn’t cap it with a championship, however, as the Pittsburgh Pirates beat the Tigers in the World Series in seven games.

Led by future Hall-of-Famers Hank Greenberg, Micky Cochrane, Goose Goslin and Charlie Gehringer, Detroit got revenge as a franchise when they beat the Cubs in the 1935 World Series.

Following a stint of active duty during World War II, Greenberg rejoined the Tigers in 1945 and led them to their second World Series championship. Hal Newhouser won the pitching triple crown (most wins, lowest ERA, most strikeouts) and was named AL MVP that season, too.

The Tigers won their third and fourth World Series title in 1968 and 1984.

Longtime owner Mike Illitch died in 2017, but his family has not sold the team. It is expected that they will, but nothing official has happened yet. Illitch purchased the Tigers in 1992, and the team had losing records in 12 of his first 13 seasons. Perhaps his best contribution to the franchise was moving its home from Tiger Stadium to the newly built Comerica Park in 2000.

The general manager and President of Baseball Operations is Al Avila. He has been with the club since 2002 when he was named the Assistant GM and Vice President. In 2015 he was promoted to his current role. He signed a contract extension in 2019.

Cobb is recognized as one of the greatest players in MLB history and holds many records that may never be broken. Those include career batting average (.366) and career batting titles (12). He stole home 54 times in his career. He played for the Tigers from 1905-1926. During his last six seasons in Detroit, he served as player-manager.

Al Kaline was so beloved in Detroit, he was nicknamed “Mr. Tiger.” The outfielder played his entire career for the Tigers from 1953-74. One of his biggest hits came in Game 5 of the 1968 World Series. The Tigers trailed the St. Louis Cardinals 3-1 in the series and 3-2 in the game. Kaline hit a two-run single to give the Tigers a lead they wouldn’t relinquish, and they went on to win Games 6 and 7 to claim their third World Series title.

Sparky Anderson played only one season in the Majors, with the Philadelphia Phillies in 1959, before embarking on a long managerial career. He debuted with the Cincinnati Reds in 1970 and led them to two World Series titles. He became the Tigers’ manager i n1979 and remained in that role through 1995. He led the Tigers to the 1984 World Series title and a division title in 1987. He was a two-time AL Manager of the Year.

One of the best hitters of his generation, Miguel Cabrera’s career is winding down with the Tigers. The 37-year old has three years left on his $244 million contract, and he has not had a highly productive season since 2016.

Cabrera has a career batting average of .313 and 487 home runs. He won the AL Triple Crown and the AL MVP in 2012, and followed it up with another MVP the following season. Cabrera is a four-time AL batting champ and a two-time AL home run leader. He has been a mainstay in the Tigers’ lineup, though lately, it has been largely as a designated hitter. 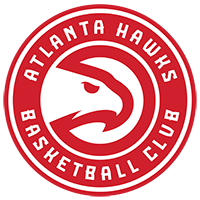 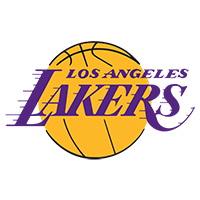