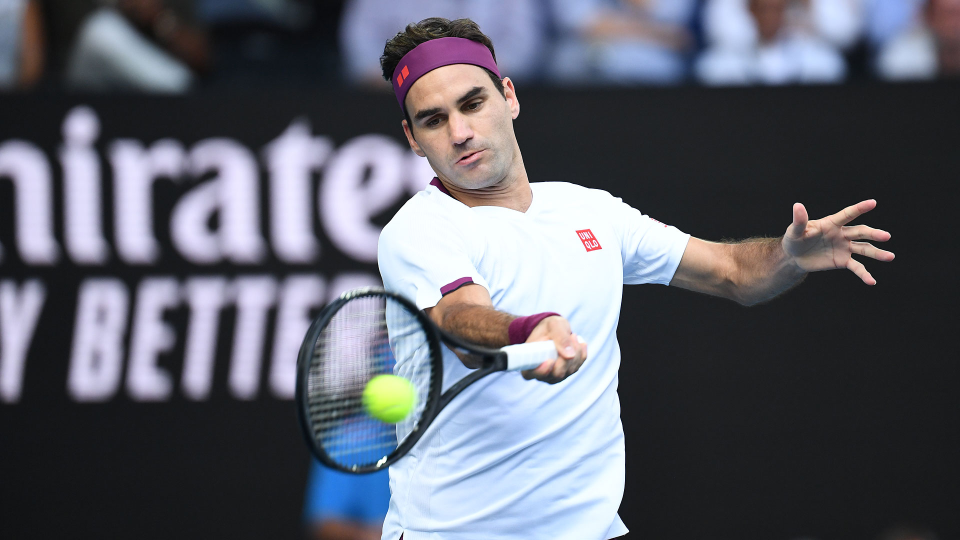 Tennis legend Roger Federer will be in the semifinals of the Australian Open for a 15th time, and he added a chapter to his storied career to get there. For just the second time, Federer won after facing seven match points, rallying to defeat Tennys Sandgren, 6-3, 2-6, 2-6, 7-6, 6-3.

Sandgren entered the match as the 100th-ranked player in tennis, but that didn’t seem to matter, as the hard-hitter grabbed the match by the scruff of the neck by taking both sets two and three by a score of 6-2.

Then came the fourth set, which is one that will likely live in the memories of both Federer and Sandgren for many years to come.

Once again, the 20-time Grand Slam champion found himself behind in the set as he struggled with a groin muscle issue and a serve that had dipped from 112 mph to 105 mph. That’s when Sandgren earned his first three match points at 5-4.

Sandgren would find the net twice and put another shot wide, allowing Federer back from the brink for the time being.

Federer would once again find himself against the ropes during the fourth-set tiebreaker, as Sandgren held the advantage at 6-3, 6-4, 6-5, and 7-6. Yet Federer battled back every time, eventually taking the tiebreaker 10-8 to force the fifth and deciding set.

Approximately one hour after staring defeat in the face, Federer sealed the victory with a 119 mph service winner.

Stage Is Set For Another Federer-Djokovic Battle

In this particular tournament, Federer, who’s seeded third, hasn’t faced anyone ranked higher than No. 41 Filip Krajinovic. That will change rather abruptly as Federer now finds himself up against No. 2 Novak Djokovic in the semifinals.

Djokovic earned his spot among the final four by taking down Milos Raonic. By a score of 6-4, 6-3, 7-6 (1), Djokovic moved to within two wins of his eighth Australian Open title.

Now, tennis fans will get set to feast on the 50th matchupbetween these two tennis greats. Between them both, this semifinal match will include 36 Grand Slam titles (20 for Federer and 16 for Djokovic).

Djokovic, who leads the series with Federer by a tally of 26-23, joked about facing Federer in the next round. “Hope I get to at least one match point,” Djokovic said.

The other semifinal is yet to be determined as two more quarterfinal matches will be played Wednesday in Australia. The first pits top-seeded Rafael Nadal against No. 5 Dominic Thiem, and the other will feature No. 15 Stan Wawrinka and No. 7 Alexander Zverev.

If Nadal can navigate his way to the final, fans of the sport will be treated to another epic showdown between No. 1 Nadal and either No. 2 Djokovic or No. 3 Federer.

Federer faces an uphill battle in the Australian Open semifinal. On top of trying to recover after a five-set thriller on a pair of 38-year-old legs while dealing with a groin issue, he’ll be facing one of the game’s greatest players.

All of the above has come together to make Federer a huge underdog to beat Djokovic at +570. Djokovic is a heavy favorite to earn a place in the tournament’s final match as he holds odds of -850 in the semifinal.

From there, this tournament is Djokovic’s to lose, according to the odds. At this stage, Djokovic is the favorite to win the Australian Open with odds of -220. Djokovic is followed by Nadal (+370) and Federer (+1400).

Does Federer have another epic performance in his bag? We’ll find out when he takes on the tournament favorite in the semifinal.