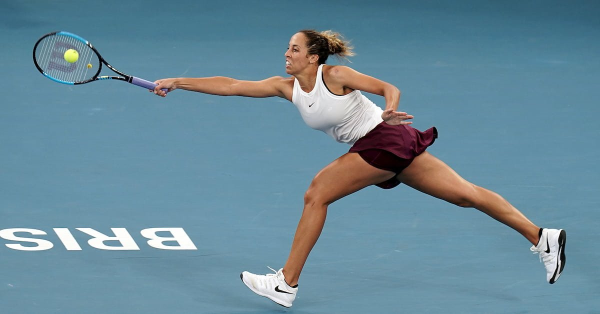 The 2020 US Women’s Open will eventually be played despite a long period of uncertainty caused by the COVID-19. After a long wait, players, fans, and those looking to place their bets can finally get ready for one of the biggest championships in the U.S.

The Grand Slam event of 2020 in female tennis is not easy to predict. This has been the case since tennis started. Serena Williams delivered a baby girl. No player has been able to establish dominance in the tournament for long, like Serena Williams. There have been several winners of the major titles, including some surprises.

The 2020 US Women’s Open looks wide open in terms of the will. Making a guaranteed betting pick could be challenging, given that there are more than a few potential winners.

Betting experts and stars have previewed the women’s singles tournament and have identified the main favorites, as well as some of the known sleepers.

Beginning on December 10 and ending on December 13, the 75th U.S. Women’s Open will finally go down after being postponed from its original date due to coronavirus pandemic.

Favorites for the US 2020 Open Women’s Singles Titles

Even though top players like Ashleigh Barty, who is the WAT number 1, and Bianca Andrescu, who holds the 2019 championship, will not participate in the US 2020 Open Women’s, some big names have been featured in almost every list of the biggest betting sites. Some of them have been in the game for a while and have earned betting companies’ confidence.

The 2017 Grand Slam singles title winner Serena Williams has not managed to win a single Grand Slam event for three years, but she cannot be ruled out. The American tennis star played 4 finals since winning the 2017 title, two of them being in the US Women’s Open. She came very close in 2019 and 2018.

Serena Williams stands a higher chance of becoming the winner given that only 4 of the leading 10 tennis stars in the WTA are scheduled to play in the 2020 US Open Women’s. While the competition is expected to be tight, professionals in the betting industry are backing her at +250.

The world thought that the Japanese prodigy, Naomi Osaka, would be the successor of the living legend Serena Williams. The two-times winner of Grand Slams is expected to be an intimidating challenge in the 2020 US Open Women’s after dominating US Open 2020 early this year. She is an interesting choice with a value of +700 or so.

Although Carolina Pliskova has been featured in the WTA top rankings and won several other trophies, she has never won a single Grand Slam title. The Czech player looked dominant in the 2016 US Open as she played in the final. She is currently ranked third among the top female tennis players, making her a force to reckon with in the upcoming 2020 US Open Women’s. The price of +900 certainly makes this underestimated contender a remarkable choice.

The world was shocked when Sofia Kenin won the Grand Slam title in the 2020 Australian Open at only 21. She is likely to be a formidable force during the 2020 US Open Women’s. Even though she has unique playing styles, the price of +900 could not be the reason to back her.

Even though several players are expected to give their opponents hard times during the event, the odds of backing a number of them are unbelievable.

Other players considered having a realistic shot at getting the title are ARBINE Muguruza (+1200) and Petra Kvitova (+1200).

Prediction and the Best Betting Pick

The odds for players, including the top ones, are evidently high. As such, going for two or more betting picks would be a wise move. For many people, the prediction of US 2020 Women’s singles is that a more experienced player will win the title.