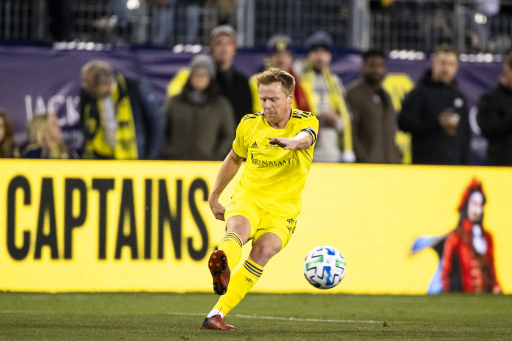 This Major League Soccer fixture will be played on the 24th of October by 12:30 pm UTC at the Nissan Stadium, Nashville, USA. This match will be held with strict observation of the COVID 19 pandemic regulations. The two teams, Nashville SC and New England will face off on the 13th match day of Major League Soccer.

This game is not an easy one to predict, even with the Nashville SC team having home advantage. Both of these teams will be giving the game all they have as this is a must-win for both teams.

The Nashville SC team has played a total of 18 games, securing 6 wins, 6 losses, and 6 draws. This season, Nashville SC has scored 18 goals and conceded 17. However, this team has had a tough season, with five players sidelined for injuries and fitness concerns.

Dominique Badji was diagnosed with the coronavirus infection earlier, David Accan took a hard knock, and so did Abu Danladi. Jimmy Medranda has a problem with his hip, and Ken Tribbet has a calf injury. The Nashville SC fans are in doubt that any of these players will be available for the match against New England. There are no suspended players on the team. With these players predicted absence from the game, the team’s lineup is predicted to be a 4-2-3-1 formation consisting of Matt Turner, DeJuan, Henry Kessler, Andrew Farrel, Brandon Bye, Matt Polster, Scott Caldwell, Teal Bunbury, Lee Nguyen, Tajon Buchanan, and Gustavo Bou.

The New England team, on the other hand, has played 19 games this season, securing 7 wins and 5 losses, and 7 draws. The team has conceded 18 goals and scored a total of 21. They also have their share of injuries, sidelining some of their players.

Luis Alberto Caicedo has a knee injury, Carles Gil has a foot injury from a previous match, and Alexander Buttner has been diagnosed with the Coronavirus infection. These players are all going to have to miss the match against Nashville SC.

Both teams met earlier this month, and the game ended in a draw with no goals on either side. Both teams have been in great form securing consecutive victories, so it is difficult to tell how this matchup will turn out, especially with the changes in the lineup. New England secured a 2-3 victory in their recent match against Impact de Montreal and have won 4 of their last five matches. Nashville SC, however, secured a 3-0 victory against FC Dallas on the 21st of this month but have lost two of their last 5 matches; they seem to be the underdog in this matchup with odds of +165.