Stanley Cup Future Bets In 2020; Where Is The Value? 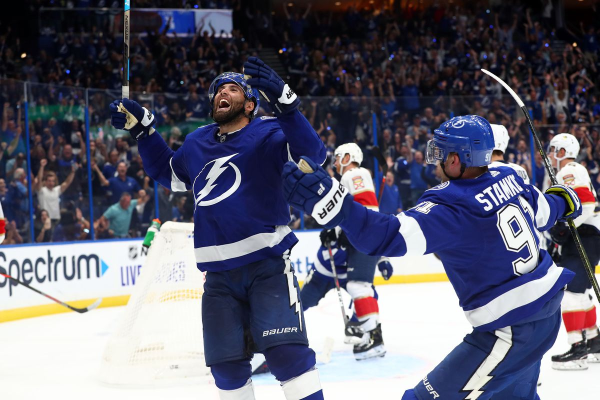 Hockey is a little different than the NBA because if you make the NHL playoffs, you have a chance to win it all. The eighth seed in the NBA doesn’t have a real chance at winning it all, while in the NHL they do. The Kings won a Stanley Cup from the eighth seed, and Nashville made the finals as a seventh seed. A hot goaltender and a few bounces going your way, and you can make a run.

I still think Tampa Bay is the best team in the NHL, despite its first-round exit last year. After a record-breaking regular season, the Tampa Bay Lightning were the favorites heading into the 2019-20 NHL season.

Despite their 128-point regular season last year, the Lightning had a terribly disappointing season. They were bounced from the playoffs in four games by the Columbus Blue Jackets. Tampa Bay led the league in scoring and was a top 10 defensive team as well. With the majority of their team returning, the Lightning will have a chip on their shoulder and be dangerous once again.

The Golden Knights are my favorite bet out of the top three teams (Tampa Bay, Toronto and Vegas). While their odds aren’t much better at +900, I think the Western Conference is much weaker than the East, giving them a better shot at making the finals.

The Leafs have bolstered their blueline with Tyson Barrie, and having Auston Mathews and John Tavares as your first- and second-line centers always keeps you in the hunt for the Stanley Cup. But, much like with Tampa Bay, I just don’t think there is enough value at +800 in a loaded East.

I really like Pittsburgh and New Jersey at +2500. While Sidney Crosby isn’t getting any younger, he and Evgeni Malkin still have enough in the tank for one more run. If they make a move at the trade deadline and beef up their blueline, the Penguins could make a run.

New Jersey has picked up P.K. Subban and drafted Jack Hughes to go along with Taylor Hall. They probably make the playoffs as a wild card but have the star power to surprise some people.

I also like Calgary at +2000. Johnny Gaudreau has plenty of other talented teammates, and if David Rittich can be the goalie he was last year, I could see the Flames playing for the Stanley Cup.

The Avalanche were one of the league’s youngest teams and managed to make it to the second round of the playoffs after knocking out the top seed in the Western Conference (Calgary Flames). Nathan MacKinnon is one of the best players in the NHL, and his speed with the puck is unmatched.

Add in Mikko Rantanen and Gabriel Landeskog, and the Avs have one of the league’s best top lines. Colorado just freed up some cap space by dealing Carl Soderberg to the Arizona Coyotes.

If you are looking to bet a team that would net a huge return on your investment, I’ll give you a team to watch. I think Buffalo at +6600 is probably my favorite long shot. They have Rasmus Dahlin and Jack Eichel, who are superstars, and if they can get above-average goalie play, they could end up in the playoffs.

Here are the odds for winning the Stanley Cup on Bovada.