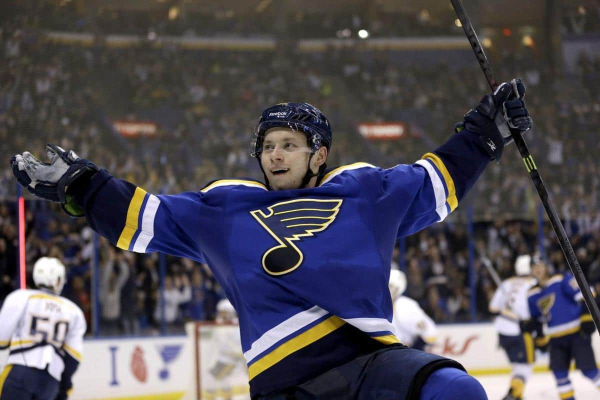 For the first time all series, the Stanley Cup will be in the building. And for the first time in franchise history, the St. Louis Blues are just one win away from hoisting Lord Stanley’s Cup. But the Boston Bruins will have every intention of sending this series back to Boston for Game 7.

Here is a brief recap of Game 5, the major keys for each team, and a prediction for who is going to win tonight’s game.

Behind Jordan Binnington’s 38 saves, the Blues stole Game 5 by a score of 2-1 to take a 3-2 lead in the series. It is the first time the Blues have ever led a Stanley Cup Final series.

A scoreless game after one period was scoreless no more when less a minute into the second, Ryan O’Reilly continued his success from the previous game to score and put the Blues up. The score would remain 1-0 until there were about 10 minutes remaining in the game, and then controversy took over. The refs failed to call an obvious tripping call on Tyler Bozak, which actually knocked Noel Acciari out of the game. Seconds later, with Bozak still on the ice for their shift, David Perron squeaked a shot through the pads of Tuukka Rask and into the net to put the Blues up by two.

Down by two, Boston put on a charge, eventually getting one back thanks to Jake DeBrusk’s one-timer with about six and a half minutes left. But one is all the Bruins would get, as Binnington stood tall and preserved the lead for the Blues.

In the last two games for the Bruins, both losses, the league’s top power play has failed to deliver. Since going 6-for-14 with the extra attacker in the first three games, Boston has come up empty-handed in their last five power-play chances. A huge credit goes toward St. Louis’ penalty killing in the last two games, but the Bruins will need their power play to return in order to extend this series one more game.

And with Boston’s season on the line, their top regular-season scorers will have to dominate tonight’s game. While coach Bruce Cassidy has broken up Patrice Bergeron, BradMarchand, and David Pastrnak as games have gone on, those three are the keys of the offense that hasn’t produced much in the last two games. Same can be said about their defensive play, as Pastrnak, in particular, is a team-worst -5 this series. If all three of them are shut down again, the Blues will win the Cup tonight.

The Blues won Game 5 in large part due to the standout performance of Binnington. But the difference in shots was staggering, where the Bruins dominated in scoring chances and ended up outshooting St. Louis 39-21. The Blues will need to play a game similar to Game 4 as they return home, one where they controlled the pace and held the advantage in scoring chances. While Binnington has had a good postseason, there’s no guarantee he will be able to repeat his Game 5 performance.

Another key for St. Louis is more on the mental side. While they are on the verge of their franchise’s first Cup, and have a chance to win it at home, the Blues have to remain focused on the ultimate goal and not let any pregame jitters show in their performance. The example that comes to mind was in Game 3, where the Bruins destroyed the Blues in the first game in St. Louis. But St. Louis is hitting their stride, and should be able to translate it back home for tonight.

With the Cup in the building, with the fans going crazy, and with history on the line, tonight is where the series ends. The Blues have been excellent at fixing their mistakes as the series has gone on, resulting in two straight wins and a chance to clinch. I’m picking the Blues -120 to win their first ever Stanley Cup.