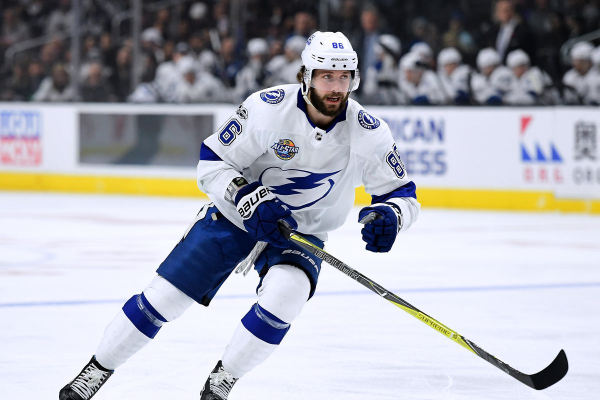 As the Round Robin seeding games continue, the number one seed in the Eastern Conference is up for grabs tonight in Toronto. The Philadelphia Flyers and Tampa Bay Lightning have each won both of their seeding games over the last week, with the winner of tonight’s game booking a series in the Stanley Cup playoffs with the Montreal Canadiens.

Here is a preview for the showdown between the Flyers and Lightning and a free pick. Tampa Bay is currently listed at -130 to win.

Before the season was suspended, there was perhaps no team hotter than the Flyers, who won nine of their last 10. But they have seemingly picked up where they left off, winning each of their first two games in Toronto comfortably. The first game Sunday against the Bruins, Carter Hart’s 34 saves led Philly to a 4-1 victory. LW Michael Raffl tacked on a goal and an assist in the contest, while D Ivan Provorov added an assist while skating for big minutes.

Then Thursday against the Capitals, LW Scott Laughton scored his second and third goal of the Round Robin games to give the Flyers a 3-1 win. Brian Elliott took over duties in net, stopping all but one of the 17 shots that came his way. C Kevin Hayes was named the first star of the game after he assisted on all three goals, each of them scored in a different period.

As for the Lightning, there two games have been a little bit closer thus far. Tampa Bay, who was struggling before the season, went on hiatus, had a 3-2 win in a shootout on Monday against Washington. Since Round Robin games follow regular season rules, RW Nikita Kucherov scored the shootout winner after the five-minute 3-on-3 overtime was scoreless. Kucherov also scored in the first period, while Andrei Vasilevskiy also made 31 saves in the contest.

These teams went up against each other twice during the regular season. The first matchup back in January was a low-scoring affair in Philadelphia, where Vasilevskiy’s 23-save shutout led the Lightning to a 1-0 victory. LW Patrick Maroon scored the lone goal for Tampa Bay, who had won 10 straight games.

Over a month later, Tampa Bay capped off another 10-game win streak by beating the Flyers, this time at home. Vasilevskiy’s 30 saves and goals from Point and Killorn sparked a 5-3 win for the Lightning, who were outshot by nine over 60 minutes.

Flyers will win if the depth scorers continue to shine. Over the last two games, guys like Laughton and Hayes have earned their fair share of points while the big names Claude Giroux and Sean Couturier have been largely shut down on the first line.

Going up against a deep team in Tampa Bay, the Flyers will need to match depth for depth, continuing to have their second and third line forwards get scoring opportunities in the off-chance the first line gets shut down again.

Lightning will win if the power play can capitalize. In the regular season, the Lightning had the fifth-ranked power-play percentage.

But with C Steven Stamkos’ absence in the lineup, one of their top options on the power play, it’ll be up to Kucherov, Point, and the others to try to take advantage of any extra man situations. The Flyers are a stingy defense who won’t give teams many chances to score five-on-five and held Tampa Bay scoreless on nine power-play attempts during the regular season.

Both teams are expected to turn to their regular starters in the net. For the Flyers, that means Hart, who went 24-13-3 in the regular season with a 2.42 GAA and .914 save percentage. The Lightning should roll with Vasilevskiy, the reigning Vezina winner who went 35-14-3 with a 2.56 GAA and .917 save percentage.

These are two great teams who seem to be playing some strong hockey right now. But few are looking more dominant than the Flyers, who are getting a mix of depth scoring, stout defense, and elite goaltending.

Most of all, Philly has played very well this year following a win, and have won 20 of their last 26 games overall dating back to the spring. I like the Flyers to pull off the upset and claim the top seed in the East.