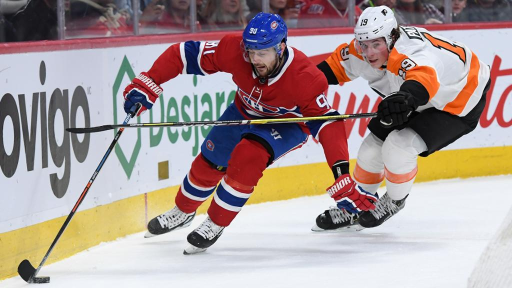 The one versus eight matchup in the Eastern Conference has been a lot closer and a lot more fun to watch than many expected going in. The top seed Philadelphia Flyers and eight seed Montreal Canadiens are heading into a huge game six on Friday night. Philadelphia holds a 3-2 series lead right now, and will be looking to finish off the Canadiens. That is something they couldn’t do in game five. Montreal will be looking to keep their season alive with another crucial win, just like they did in the last game.

In typical NHL fashion, just because this is a one versus eight matchup doesn’t mean is hasn’t been a close or exciting series. Both of these teams have played extremely hard for most of the series. The series has been very physical, particularly in game five where it got down right nasty, and full of low scoring games. Montreal has put up a much better fight than most expected at the beginning of this series. The goaltending for both teams has been fantastic. Carey Price (MTL) and Carter Hart (PHI) have both given their teams a chance to win in every game, with the only exception being game two where the Flyers were blown out 5-0. Don’t worry though, Hart followed that blowout loss up by earning back to back shutouts in games three and four. Overall, both goaltenders have been outstanding and the story of this series.

Game 1: Game one of this series saw the heavily favored Flyers edge the Canadiens by a score of 2-1. It was a tight-checking, defensive affair, and the Flyers were able to score just enough to get the win.

Game 2: Game two was the one weird anomaly in this series. The Canadiens absolutely hammered the Flyers 5-0 in a game that was never close. Montreal dominated from the start, and the Flyers, quite frankly, just didn’t show up. It evened the series at one and gave Habs fans a little bit of hope that maybe the team could actually pull off the upset.

Game 3: In game three, the Flyers quickly took momentum back thanks to a monster bounce-back performance from goaltender Carter Hart. Hart shutout the Canadiens, and Jakub Voracek scored the only goal of the game. That gave the Flyers a 1-0 victory and a 2-1 series lead.

Game 4: Carter Hart decided he liked stopping pucks again in game 4, once again shutting out Montreal in another low scoring game. Philly was able to score two goals this time, and skated away with a 2-0 win and a 3-1 series lead.

Game 5: Game five saw Montreal on the brink of elimination and in desperate need of offense. They found it. The Canadiens put in five goals in game five and staved off elimination with a 5-3 win. The game also got very chippy and downright dirty at times. The bad blood between the teams had been building, but really exploded in game five. It will be interesting to see if that carries over into future games between these two teams. The Canadiens have cut the series lead to 3-2, and will look to stave off elimination once again on Friday night.

Game six of this series is scheduled for Friday, August 21st at 7pm ET. It can be seen nationally on NBCSN in the United States. The Flyers will once again be trying to knock out the Canadiens, while Montreal continues to fight for their lives. Game five was a rather high-scoring affair, especially by this series standards. I think we see a return to low scoring action in game six. Goaltending will play a huge role in which team skates away with a victory. In the three games the Flyers have won, Carter Hart has given up a total of just one goal. In the two games they have lost, Hart has given up a total of nine goals (5th goal in game five was an empty netter). Carey Price has been extremely good in goal all series for Montreal, but hasn’t gotten much support from his offense. Whichever goaltender can outduel the other in game six is most likely going to win the game.

At the end of the day, I think the Flyers will finally finish off the Canadiens. The last time Carter Hart lost, he bounced back with back to back shutouts. I expect him to have a huge game six in net, and the Flyers to win a low scoring affair, likely 2-1 or 3-2. Montreal has put up a strong fight in this series, but Philadelphia is the superior team. That will show through on Friday night.