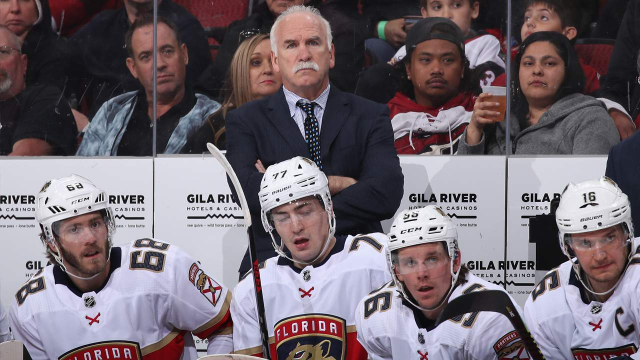 It seems like the world of sports has more turmoil than ever before, with every side having some gripe in returning to play. However, the NHL is ready to drop the puck and finish up what remains of the 2019-20 season.

When the league finally does get back to play, we don’t have to worry about the players being uncomfortable. Now, we can just sit back and enjoy these guys play at their full capabilities and not have any visual restrictions.

Making it this far into negotiations, it’s quite fascinating that equipment hasn’t been a focal point of discussions. Although, because no agreement has been made yet, there are still more pressing items like testing and other off-ice safety precautions.

Nonetheless, there has been plenty of discussion with Bauer and the league on medical-grade off-ice visors that coaches, executives, team personnel, and others could wear to prevent the spread of the coronavirus. Product vice president Craig Desjardins said these visors can easily attach to the brim of a baseball cap and prevent droplets from spreading onto others.

“There’s been a lot of interest,” said Mary-Kay Messier, Bauer vice president of global marketing. “Craig and I have actually had a lot of calls with NHL teams as they consider how to bring back their teams — their entire teams and everyone that surrounds them — safely, particularly in situations where they’re looking at being hub cities where there’ll be a lot of interaction.”

Bauer has changed its course of making products since March, going from making hockey equipment to protective equipment for those working on the front lines. Now, it’s time to get ready for the upcoming return-to-play plan.

“We have a shared interest collectively around being able to return to play safely,” Desjardins said.

In total, there are 10 locations that could serve as “hub” cities to host all of the different rounds of play leading up to the Stanley Cup Finals. Each team will only be allowed up to 50 members of personnel in the city where games are being played.

These newer masks from Bauer could even serve as a big help for coaches, who may particularly be at a higher risk.

“There’s quite a lot of yelling from coaches,” Messier said, “So when you think about, and you talk about that yelling or loud talking that you are at greater risk for the droplets, I would say it is a very viable option at a lot of different levels.”

“With the nature of our game, if we’re going to talk about not being able to hit each other and other things, there’s no point in playing,” Winnipeg captain Blake Wheeler said. “The challenge is going to be getting everyone into said bubble, getting everyone tested, and having it be that we’re all on the same page and try to nip it in the bud before we get there.”

While playing without facemasks seems like a meaningless motion, these additional pieces of protection could hinder a player. For instance, the clear facemasks tend to fog up – and probably will do so more in the warmer months – while the wired cages that most collegiate and amateur players wear can restrict the player’s vision.

In a world that has taken comfortability behind the woodshed, these players need to get themselves back into game shape and then get reacclimated to skating every day once again. Putting these facemasks on players would have been another hurdle that they certainly don’t need to jump over at this stage of the game.

Tonight, two pitchers whose records could use a little polishing match up as the St. Louis Cardinals welcome the Miami Marlins to Busch Stadium to open a three-game series. Cardinals hurler Adam Wainwright has not picked up a win since May 20, while Pablo Lopez’s win in his most recent start last week was his END_OF_DOCUMENT_TOKEN_TO_BE_REPLACED