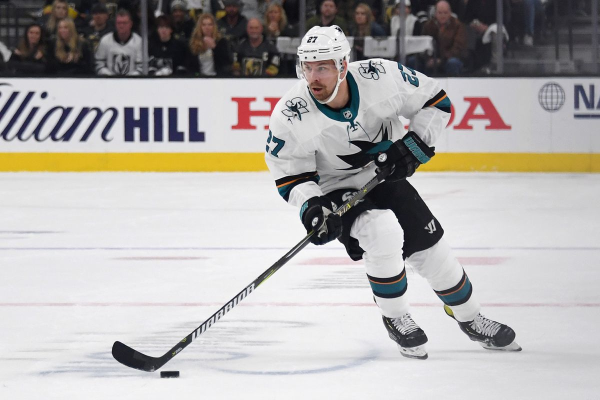 When examining the immediate aftermath of Day One of the NHL free agency marketplace, it’s clear who won and who blew it

While the headlines are dominated by basketball hoopla, there’s another free agency market that has plenty of action for fans and gamblers alike. With a season that saw one of the most memorable Cinderella runs in recent memory, it’s clear that there are a lot of promising storylines to keep an eye on going into next season. While the season starts when the first puck drops, you could call the free agency frenzy that happens before the “real” season a season unto itself.

While some teams stagnated, others made a big shift in a direction to either propelling onward towards that potential push to finally making the breakthrough desperately needed to finally clinch a Stanley Cup Finals berth.

In life, people often say, “You want the good news or the bad news?” Let’s give you the good news first. Whether you’re a fan of these teams or not, you should be, especially as a gambler. These are teams that made moves that absolutely nailed it.

There’s an avalanche coming, and it’s in the form of ultra-young talent. They drafted a brand-new defenseman by the name of Bowen Byram, a young lad who hits hard and has shown tremendous upside, especially for a team that already had a pretty solid season and battled brilliantly in the playoffs.

They managed to nail a few new signings to improve their frontline, namely Joonas Donskoi, Nazem Kadri, and Pierre Edouard-Bellemare. These aren’t jaw-dropping signings by any means, but they are exactly what the doctor ordered to get this team deeper and balanced with the right amount of youth with some younger skates with just the right amount of grizzled grit to make a deeper playoff run. This is a team with tremendous value game-to-game, as well as a long-term futures play.

With one of the hottest Twitter handles in all of hockey, the Hurricanes are a team to watch on and off the ice. Their squad made an impressive run all the way to the Eastern Conference Finals against the eventual runner-up Boston Bruins, who fell to the champion St. Louis Blues. While getting swept by the runner-up is the worst kind of victory — the moral kind — the Hurricanes made some solid moves to maintain their mantle as one of the East’s best squads, without major concessions.

They held onto restricted free agent Sebastian Aho, and they snagged Erik Haula as a bit of consolation prize for losing Calvin de Haan to a trade. Bookmakers should take warning because if sharp bettors have their way, they’re going to make some paper betting this squad with tremendous value.

When there are winners, so there have to be losers. Well, not always, but in this case, these are definitely some teams that underperformed and were major letdowns for their fans, and may very well be the bane of those who bet on them.

The Blue Jackets pulled off one of the most improbable upsets in NHL history when they swept the top-seeded Tampa Bay Lightning, who had the best record in the NHL, in the first round. While they were brought back to Earth by the Bruins in the next round, the Blue Jackets are also being brought back to Earth after a disappointing free agency performance. Every single unrestricted free agent they had on board is no longer with the team. As a pyrrhic victory, they managed to add Gustav Nyquist, but the addition seems awfully hollow given how much they’ve lost thus far.

While they made the Stanley Cup Finals in their inaugural season, the Golden Knights have been struggling to get under the cap and finally have some breathing room. To do that, they had to lose the likes of Erika Haula and Colin Miller, both integral players to their recent runs.