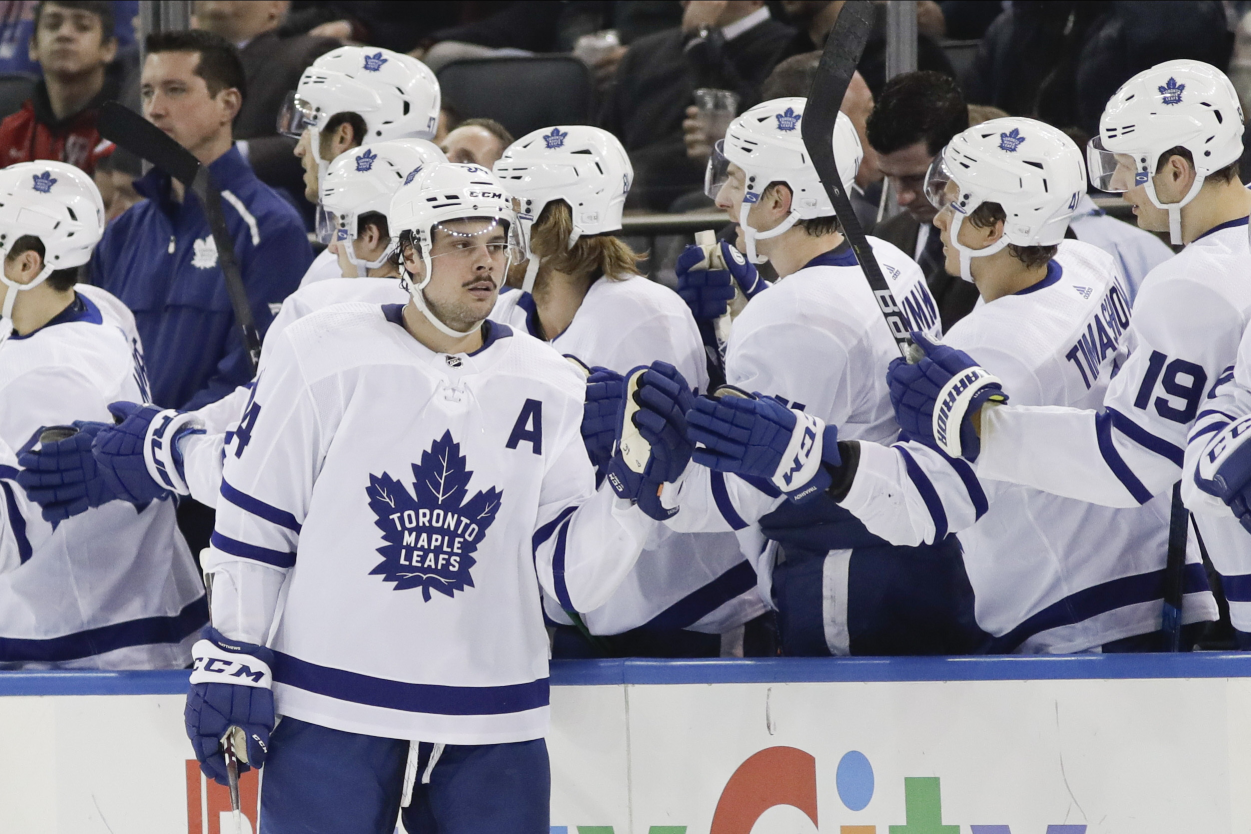 Two of the East’s best are set to face off in the Steel City, as the Pittsburgh Penguins (36-15-6) host the Toronto Maple Leafs (31-21-8). It’ll be the first half of a home-and-home, with both teams facing off again in Toronto on Thursday.

Here is a preview for Tuesday night’s game, along with odds and a free pick.

Following a 5-2 loss to the Sabres on Sunday, the Leafs have won two of their last five and have just one regulation win in February. This season as a whole, Toronto’s offense has been among the league’s best, ranking third in goals scored with 3.5 on 33.3 shots per game.

Along with the sixth-highest shooting percentage of 10.5, their 24.8 conversion percentage on the power play is also third.

Defensively, it’s a different story, as the Maple Leafs’ 3.25 goals allowed is the sixth-worst mark in the NHL. In addition to giving up 32.1 shots, their penalty kill is just 23rd with a 78 percent success rate. Fortunately, the 6.7 penalty minutes they earn per game are the second-fewest.

As for the home team, the Penguins have won their last two games by a combined score of 9-1, and have earned seven total wins over their last 10 contests. Just like Toronto, Pittsburgh’s offense is among the league’s best with the seventh-highest average of 3.3 goals per game.

They also rank 12th in shots with 32 and ninth with a 10.3 shooting percentage. Their power-play conversion rate of 20.5 is also 14th in hockey.

Unlike their opponents tonight, Pittsburgh’s defense may be even better than their offense. The Penguins are sixth and seventh in the league with 2.67 goals allowed and 30.2 shots allowed, respectively. They also don’t spend a lot of time in the penalty box per game, about 7.3 minutes, but are usually successful at killing any penalties with the eighth-highest rate of 82.5 percent.

At the heart of Toronto’s team is center Auston Matthews. Matthews, the first overall pick back in 2016, had a pair of goals last week to up his total to 42 in 60 games. He now shares the goal-scoring lead with Boston’s David Pastrnak and has a chance at his first 100-point season with 71 points thus far.

Any way you slice it, Matthews is a threat to find the back of the net in every game.

Along with Matthews, no one in Toronto’s lineup is hotter than Zach Hyman. The winger has four goals and three assists during his six-game point streak and now has 33 points in 41 games.

In addition, longtime All-Star John Tavares has been setting up his goal-scoring teammates, dishing out assists in three of his past four games. The captain has 28 helpers to go along with 23 goals.

For Pittsburgh, a team that has been decimated with injuries all season, the captain Sidney Crosby is starting to play his best hockey of the season. Crosby has a pair of goals and five assists during his four-game point streak and points in 10 of his last 12 games since returning from injury in mid-January.

The future Hall-of-Famer has 11 goals and 25 assists in just 29 games this season.

Joining Crosby is defenseman Kris Letang and new acquisition Jason Zucker. Letang has scored power-play goals in back-to-back contests, riding a five-game point streak in which he has three goals and three assists.

The star defenseman now has 39 points in 49 games. As for Zucker, in just three games since being acquired from Minnesota, the veteran winger scored twice against Montreal and added an assist against Detroit. He now has 16 goals and 16 assists in 48 games total.

Frederik Andersen is expected to get the call tonight for Toronto. Andersen is 24-11-6 with a 2.93 GAA and .908 save percentage.

Rookie Tristan Jarry will likely go against him for Pittsburgh. Jarry is 19-8-1 with an impressive 2.14 GAA and .930 save percentage.

The Penguins are your favorites tonight, listed at -140, according to FanDuel Sportsbook. Along with playing better hockey down the stretch and beating the Leafs comfortably back in November, Pittsburgh is an outstanding 21-5-4 at home, while Toronto is 16-13-1 on the road.

For my money tonight, I’m going with the Penguins. Ever since defenseman Morgan Reilly went down, Toronto’s defense has taken a big hit. I’m expecting the suddenly-healthy and rejuvenated Penguins team to put the pressure on the Leafs and end up taking this game. Give me the Penguins -140.