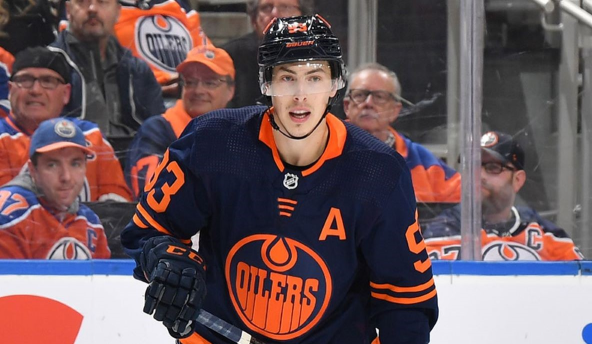 Two of the NHL’s Pacific Division’s best meet up Wednesday night in Sin City, as the Edmonton Oilers (33-22-8) visit the Vegas Golden Knights (34-22-8). This is just the second meeting between these division foes this year, with the Oilers taking the first game 4-2 back in November.

Here is a preview for tonight’s big matchup, along with odds and a free pick.

The Oilers were as busy as anyone during the trade deadline, headlined by the acquisition of forwards Andres Athanasiou and Tyler Ennis and defenseman Mike Green. They are hoping those moves provide some additional depth for a team that has lost three of their last four games.

This season, Edmonton is 14th in goals per game with 3.16, despite averaging just 29.8 shots, the fifth-lowest in the league. They do, however, have the fourth-best shooting percentage of 10.6 and a league-best 29 power-play percentage.

Defensively, the Oilers are 18th with 3.08 goals allowed, on a fairly pedestrian 31.4 shots allowed as well. But they have the best special teams in the league with the second-best penalty kill percentage of 84.4.

The Golden Knights also had a busy trade deadline, acquiring goaltender Robin Lehner as well as forward Nick Cousins, while trading away Cody Eakins and Malcolm Subban. They are currently in a six-game winning streak as they aim to return to the Stanley Cup.

Vegas is currently 11th in goals with 3.2, averaging a league-high 34.5 shots on goal in the process. Their 9.3 shooting percentage is 19th as well, while the 21.2 power-play percentage is good for 11th in the NHL.

On the defensive side of things, the Knights allow 3.03 goals per game, 14th in hockey. They’re also a strong fifth with 29.8 shots allowed. However, their 77.7 penalty kill percentage is just a meager 23rd.

While there has been much ado about Connor McDavid and Leon Draisaitl this season, another Edmonton first-round pick has been red-hot. Ryan Nugent-Hopkins has found a home skating alongside Draisaitl, posting three goals and three assists during his current four-game point streak.

Nugent-Hopkins now has 18 goals and 32 assists in 57 games, becoming one of the driving forces of Edmonton’s offense.

In his first full season with Vegas, Mark Stone has been a playmaking machine. The wing put up four assists against the Ducks on Sunday, giving him a team-high 42 on the year. Stone also has 21 goals, making him the biggest offensive threat on this talented Golden Knights team.

The points have also been coming in bunches for veterans Max Pacioretty and William Karlsson. Pacioretty, the former Canadiens captain, has a four-game point streak working with three goals and three assists, giving him 29 scores and 32 helpers on the season.

Meanwhile, Karlsson, who hasn’t come close to reaching the 40 goals he did a couple of years ago, had a hat trick on Sunday and will look to build on his 13 goals and 27 assists tonight.

Despite both teams being playoff contenders, the Golden Knights are big favorites tonight at home, listed at -220. They have been a solid 19-10-4 at home, but Edmonton on the road is also a good 18-12-3.

I think Vegas is at a natural advantage tonight for a couple of reasons. First, the Oilers played an overtime game last night against the Ducks, while the Knights haven’t played since Sunday. Secondly, Edmonton has a few more new pieces in their lineup that will take some time to get fully-adjusted.

While McDavid and Draisaitl are good enough to keep the Oilers in it, I just think they’re facing Vegas at the worst time. Give me the Golden Knights -220.