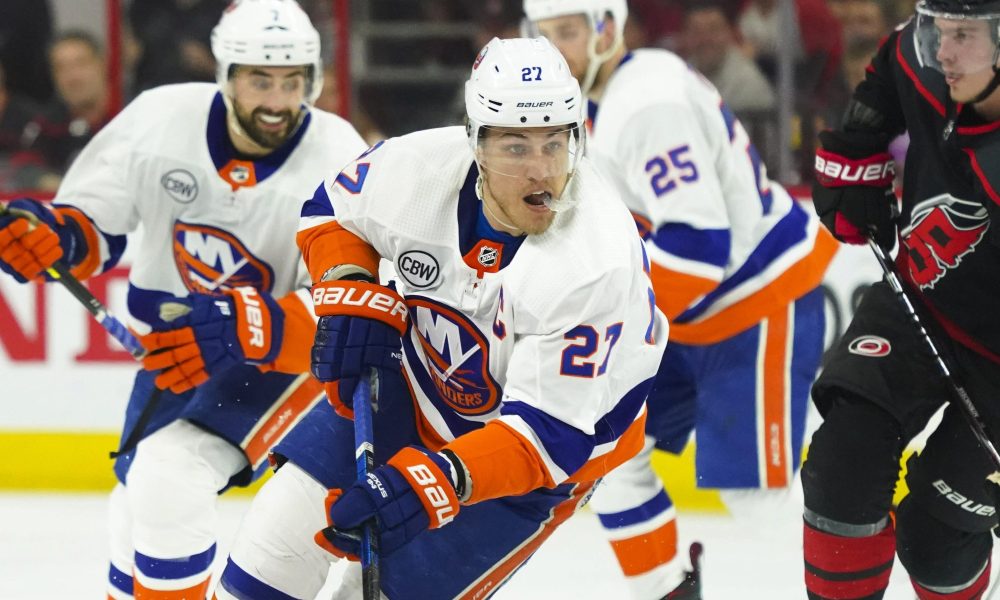 After what seems like forever and a day, the NHL’s battle of New York is back to kickstart both team’s starts to the shortened 2020-21 NHL season.

Even though the Islanders finished last season eighth in the Eastern Conference, they ended up only being two wins away from the Stanley Cup Finals when they lost to the eventual champions, the Tampa Bay Lightning.

On the other hand, the Rangers have a different look to them this season. With the Henrik Lundqvist era ending and the Alexis Lafreniere era beginning over the offseason, the Rangers are embracing their youth movement and hope to see results sooner than later.

According to FanDuel, the Islanders are thefavoritesto win the game with a -115 moneyline, however, the Rangers aren’t too far off as their moneyline rests at -105.

It’s always tough to figure out what to expect from a team’s first game just by looking at last season’s numbers, but if the Rangers can get offense like they did last season, they should be happy.

In a shortened 2019-20 season, the Rangers had thefifth-mostgoals in the league with233. For comparison, the Islanders played two fewer games than the Rangers, but only scored189, which was good for24th.

On the other hand, the Islanders let in thefifth-fewestamount of goals (190), while the Rangers let in theninth-most(220).

To say the Islanders overachieved last season would be an understatement.

Even though they weren’t expected to make the Eastern Conference Finals, you can assume Islanders fans would like to see that again.

Now that he’s signed a three-year contract, the Islanders are hoping thatMat Barzalcan continue the production he’s had ever since John Tavares left. He’s put up60+ pointsin his last two seasons and no one in the organization would complain if he had similar productions his year.

With Thomas Greiss gone,Ilya Sorokinwill be called upon to man the goaltending crease withSemyon Varlamov. It’s expected that Varlamov will be the starter more often than not to start the season, but don’t be surprised if Sorokin is eased in more as a 1B option rather than a pure backup.

Essentially, the Islanders’ main area of concern could be on defense, where they lost Devon Toews to free agency and Johnny Boychuk to retirement this past offseason. With no major additions on the backend, it’ll be interesting to see if someone steps up to fill the void or if the defense will become an issue for the Islanders.

The future is now for the Rangers

When the Rangers won the draft lottery, it wasn’t a secret that they were going to draft Alexis Lafreniere first overall in a move that would change the franchise forever.

The sky will be the limit for Lafreniere during his rookie campaign, with some expecting him to have an Auston Matthews-like impact. It will be interesting to see if his QMJHL success can translate properly to the NHL.

Artemi Panarinwill also be called upon to replicate his performance last year, which saw him putting up95 pointsin69 games(1.38 ppg).Mika Zibanejad, who had led the team with41 goalslast season, may miss the start of the season because it was revealed that he had contracted COVID-19 before training camp. However, when he does return to the lineup, his presence will be felt immediately.

If the Rangers expect to have a successful season, that could rest on the shoulders of goalieIgor Shestyorkin.

Shestyorkin split time between the AHL and NHL last season, but when he suited up for the Rangers, he had a10-2-0record with a2.52 goals against averageand.932 save percentage. Can he replicate these stats over a larger sample size? Only time will tell, but even playing close to that level can have a big impact on the team.

Picking the Rangers to win

While both New York-based teams should be competitive this year, I like theRangers to winthe season-opener.

Both teams have question marks, but I think the Islanders’ defensive departures will cause issues at least at the start of the season. Even if the Rangers end up missing Zibanejad to kick things off, I think the youth will compete to make an immediate impact.