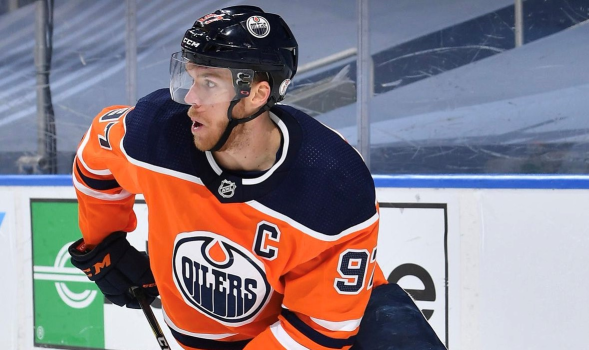 Through two games, there has been no qualifying round NHL playoff series with more offense and less defense than the one between the Edmonton Oilers and Chicago Blackhawks. On Wednesday night, the two teams will get together in Edmonton once again for a huge Game 3 that will put one of those teams on the cusp of advancing to the Stanley Cup playoffs.

Here is a preview for Game 3 between the Oilers and Blackhawks, along with a brief series summary and a free pick. Currently, Edmonton is the favorite at -143 to win.

If you’re a fan of high-scoring offense in the NHL, there has been no qualifying round series more entertaining than this. The fun started in Game 1, where the Blackhawks brushed off a quick goal by the Oilers to open up the game by scoring four times in the opening period, eventually winning the game 6-4.

Rookie left wing Dominik Kubalik was the first star of the game after scoring two goals and chipping in three assists in his first career postseason contest. Center Jonathan Toews also added two goals of his own, both of them in the first period.

In Game 2, the Oilers got their revenge. Superstar center Connor McDavid scored 19 seconds into the game and finished with the hat trick, as Edmonton won the game 6-3.

Chicago actually tied the game at three in the second period, before McDavid’s third goal became the first of three unanswered that the Oilers would have for the rest of the game.

Other standouts included LW Ryan Nugent-Hopkins, who assisted on all three of McDavid’s tallies, as well as G Mikko Koskinen, who replaced Game 1 starter Mike Smith and finished with 23 saves on 26 shots.

Oilers will win if: They shut down Chicago’s first line. During Game 1, the Blackhawks top line consisting of Toews, Kubalik and Brandon Saad combined for a whopping 10 points.

But it was a different story in Game 2, with Edmonton holding those three players to no points. The Oilers, led by Koskinen as well as D-men Adam Larsson and Oscar Klefbom, will once again aim to hold that line scoreless, allowing freedom for McDavid and Hart finalist Leon Draisaitl to do what they do best on the offensive end.

Blackhawks will win if: They up their physicality. As good as Toews and Patrick Kane are among the other offensively-gifted players for the Blackhawks, tough and physical play isn’t their specialty.

That was evident in Game 2, where, without the physical forward Drake Caggiula in the lineup, McDavid and the Oilers were able to impose their will and make life difficult for Corey Crawford in net. But Cagguila will return from his one-game suspension, as he and others will try to play with a little more edge, especially when McDavid and Draisaitl are on the ice.

We should see a repeat of Game 2 when it comes to the starting goaltenders. That means Edmonton should go back to Koskinen, who stopped 23 of 26 shots on Monday. During the season, the vet went 18-13-3 with a 2.75 GAA and .917 save percentage.

First of all, there’s no reason to think that there won’t be plenty of goals between these two teams once again. But who is able to make just enough stops and shut down the other team’s top players?

I’m going to give the slight edge to Edmonton, which I believe is fully recovered from a disastrous first game and in a position to control the series. Look for the Oilers to continue to start fast, and for McDavid and Draisaitl to both play a big role in giving Edmonton a series lead.