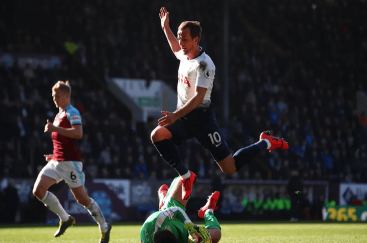 As of this morning, neither team has made any moves leading up to the afternoon deadline. If they were, Nashville would likely be targeting forwards, while Edmonton has been rumored to be shopping winger Milan Lucic among others.

Edmonton is struggling this season once again, even with another good campaign from superstar Connor McDavid. The Oilers have won just three of their last 10 games, but two of those wins are in their most-recent games. Nashville is 5-4-1 over their last 10, fresh off of a 5-0 beat-down from the Avalanche on Saturday.

These teams played all the way back on October 27th, with the Predators winning at home 5-3. Tonight, Nashville is a large favorite at home, listed at -265.

The Oilers are once again a team that’s being carried by their generational talent in McDavid. The All-Star center has 85 points in just 58 games. However, McDavid is serving a two-game suspension for a check to the head on Islanders defenseman Nick Leddy. The Oilers will have to conquer the Predators tonight without their captain.

These two straight wins for the Oilers break up a stretch where they lost 11 out of 12 games. They are currently 25th in goals, 27th in shots, and 15th in shooting percentage. They are equally poor on the other side, ranking 25th in goals against and 29th in penalty kill percentage.

Without McDavid, Leon Draisaitl (74 points) and Ryan Nugent-Hopkins (55 points) will lead the charge for Edmonton. Past those two, defenseman Darnell Nurse is the next-highest scorer at only 29 points.

Mikko Koskinen is the expected starter in net tonight. Koskinen is 16-14-3 with a 2.81 goals against average and .908 save percentage.

Despite being in playoff position all season, Nashville has rarely showcased dominant form. Since starting the year 13-3-0, they have never won more than three games in a during any given stretch. In fact, since their 13-3-0 start, they’ve only gone 23-20-5, a far cry from their Presidents’ Trophy season last year.

The Predators are just 13th in goals per game, certainly a result from ranking 21st in shooting percentage. However, they do have the sixth-most shots on goal. They are however a strong defensive team once again, ranking fifth in goals allowed and seventh in shots allowed.

Nashville doesn’t have the huge point total from a guy like McDavid or Draisaitl, but their group is more well-rounded. Led by Ryan Johansen (53 points) and Roman Josi (51 points), the Predators have seven players over the 30-point mark, with Craig Smith one away at 29.

Even though the Predators have not been playing great over their last few games, and may be shorthanded should they make a trade, I like them to win tonight. They already are a better, deeper team than Edmonton, and although the Oilers escaped with a win against the Ducks without McDavid, they were thoroughly outplayed. Nashville should have no problem, and I’ll take them to win -265.