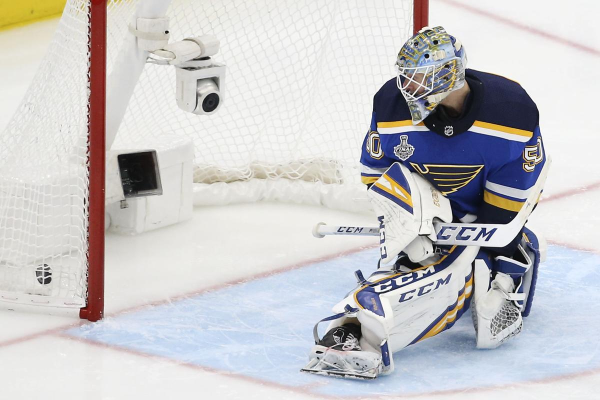 After a devastating Game 6 loss, the St. Louis Blues must regroup and take on the Boston Bruins on the road in a Game 7 to drink from the vaunted Stanley Cup. Can they do it?

They say that Game 7 is the biggest stage in all of sports. It’s a contest that demands tremendous focus, talent, and determination. Now that we hit all of the cliches, let’s talk about what you really care about:

Can the St. Louis Blues — having one of the greatest Cinderella NHL runs in recent memory — take on one of the most winningest franchises in hockey, the Boston Bruins, and cash some money?

After a phenomenal (yet controversial) Game 5 road victory in Boston, one that featured an ultra-controversial no-call on a tripping penalty, resulted in what some would argue is a tainted win, especially Bruins backers.

Coming back home as slim favorites, the Blues were poised to close it out, but as if the Hockey Gods themselves were trying to make things right, the Bruins struck early and ended up piling on the goals in the final period, shooting the total past 5.5 and securing the goal-line and moneyline bets on the Bruins.

This series opened up with the Bruins as slight favorites over the Blues, and as a Game 7 bet is basically a win-or-go-home wager, a moneyline bet on the Bruins or Blues might as well be a one-games series bet.

Currently priced at -165 on the moneyline, the implied odds give the Bruins an implied 62-percent advantage over the Blues. The total is set at 5.5 goals, with the under priced at -160, giving it a similarly priced 62-percent implied probability for the under.

Let’s examine some factors that might bode well for backers looking to profit off of this Cinderella run.

In the two instances where a home team was able to protect home ice, the teams split those games, with Boston’s Game 1 opening victory and the Blues’ Game 3 shutdown.

Tonight, the moneyline in most markets hovers right around that -165 mark that the Bruins opened at for Game 1. In that Game 1 contest, the Bruins thrashed the Blues 4-2, in what was a dominant opener to the series.

Home ice is an important concept to the casual hockey fan, but to hardcore gamblers, it should be noted that it isn’t as dominant as one might think.

In the entire history of the NHL playoffs, there have been 175 Game 7s. Of those 175 all-time games played, the home team has a record of 102-73. That converts to about a 58-percent chance of victory just blindly adding up those home team wins.

In moneyline price terms, a -150 moneyline is exactly a 60-percent chance of victory in equivalent terms. So if you’re betting on the Bruins because you like them as the home favorite, you’re overpaying by about 15 cents if you like them on the moneyline tonight.

If you like the road dog and don’t buy into the narrative of a home team being super dominant (because they haven’t been), there’s no doubt that it wouldn’t hurt to strap on your glass ice skates and play hockey Cinderella with the Blues tonight in Boston.

Keep this in mind also: In this year’s playoffs, the home team in a Game 7 has gone 4-1, with the Carolina Hurricanes being the only road team (and a hefty dog as well) to upset the home team in the win-or-go-home hockey game.