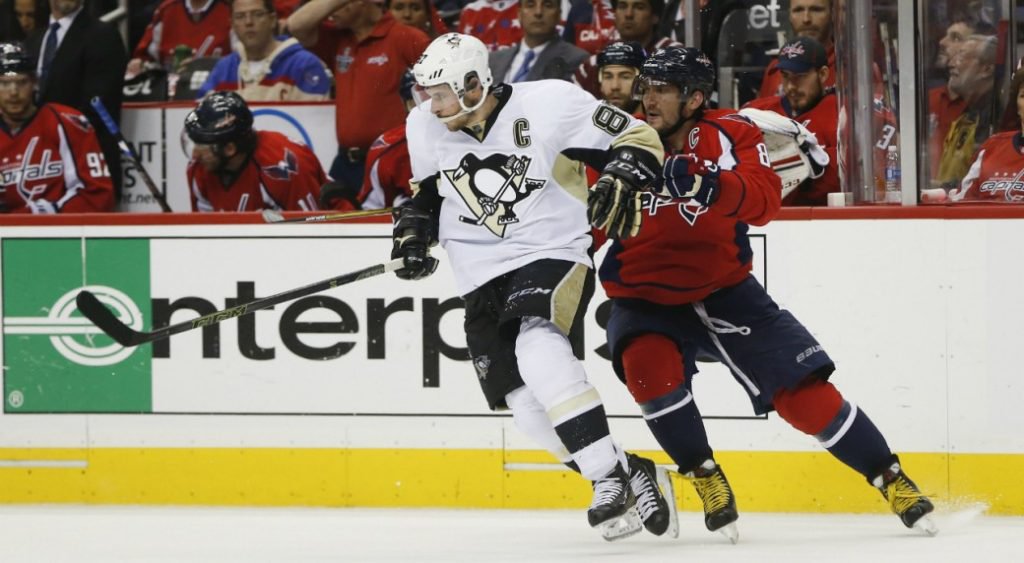 The Pittsburgh Penguins vs Washington Capitals rivalry has been must-see TV since Sidney Crosby and Alexander Ovechkin entered the league. Thanks to the NHL’s unique alignment this season, that rivalry will be contested eight times in the regular season. After taking the first meeting on Sunday, the Penguins aim to make it two in two tonight.

Sunday’s game saw the Penguins lead inside 20 seconds, only to fall behind thanks to Washington stalwarts Ovechkin and Nicklas Backstrom. The game would be decided in a shootout, and Jake Guentzel tallied the win to give Pittsburgh a much-needed win.

The Capitals opened the season last week with two wins over the Buffalo Sabres. Six different scorers lit the lamp in Thursday’s 6-4 win, while goals from Jakub Vrana and Tom Wilson secured a 2-1 win the next night.

In Sunday’s setback in Pittsburgh, Washington led twice but failed to take the full two points. Still, it’s been a positive start. Boston and Philadelphia are the NHL betting favorites to win the stacked East Division, but the Capitals have five straight titles in the Metropolitan Division, which features five of this season’s East Division rivals.

Their core is still in place and factoring in early. Backstrom (2 goals, 2 assists) and Ovechkin (1 G, 3 A) lead the team in points, while TJ Oshie (1 G, 2 A) and Tom Wilson (1 G, 2 A) are close behind. Vrana, who scored a career-high 25 goals last season, has struck twice already.

Tonight’s game is the last of a four-game road trip, as Washington is set for a six-game homestand against the Sabres, Islanders, and Bruins. The Capitals were one of the league’s best road teams last season, posting a 23-10-3 mark.

After two ugly losses to the arch rival Flyers, the Penguins needed a big response in their home opener on Sunday. They got just that, battling back after losing their early lead to pick up their first points of the season.

With Matt Murray now in Ottawa, Tristan Jarry has his chance to be Pittsburgh’s undisputed No. 1 in goal. However, it has been a rough start for Jarry, who has shipped nine goals in only 33 shots. After giving up three goals in six shots in only 11 minutes and 30 seconds against the Flyers last Thursday, Jarry made way for Casey DeSmith, who finished the remainder of the 5-2 loss and started Sunday’s win. DeSmith made 20 saves on 23 shots and stopped all four shootout attempts.

Free agent center Mark Jankowski was signed to a one-year, $750,000 deal in the offseason, and that could prove to be a real bargain if he can continue his early form. Jankowski (1 G, 2 A) leads the Penguins in points, along with winger Brandon Tanev (1 G, 2 A). Sidney Crosby has yet to register an assist, though he lit the lamp in each game in Philly. Surprisingly, Evgeni Malkin has yet to register a point, but he had only two in his first four games last season before going on to finish with 74 in 55 games.

The last five Capitals vs Penguins matchups in Pittsburgh have seen the Pens notch a 3-1-1 mark. Back the hosts to go back-to-back and take the two points again.