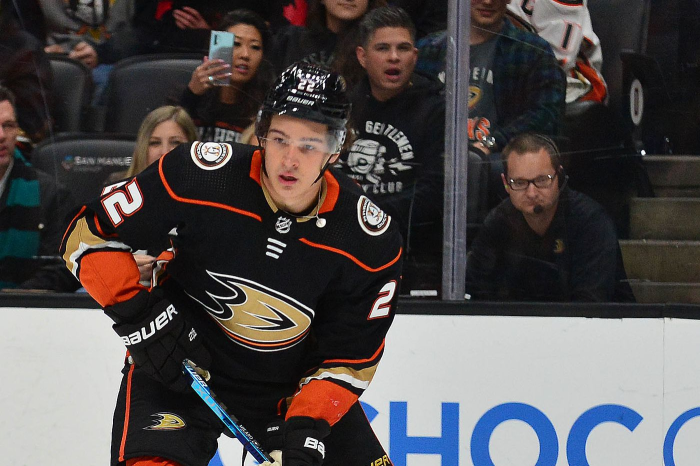 Tonight, an NHL Western Conference power faces a team that is close to the cellar. The Colorado Avalanche (40-18-7) host the Anaheim Ducks (26-32-8) in their third and final meeting of the season. Both teams split the previous two matchups.

Here is a preview for tonight’s game, along with odds and a free pick.

We’ll start with the Ducks, who, after back-to-back wins following the trade deadline, have now lost two in a row in blowout fashion. Overall, they’re 3-6-1 in their last 10 games and just four points ahead of the Kings for last place.

This season, Anaheim sits third-to-last in goals per game with 2.5 on just 30 shots on average. Their shooting percentage ranks 28th at 8.3 percent, while they have the league’s worst power play rate of 14.5 percent.

Defense hasn’t been much better, with the Ducks allowing 3.18 goals per game, 24th in the league. Their 31.9 shots allowed is 20th, while their penalty-kill percentage of 77.7 is only 23rd.

Meanwhile, the Avalanche are as hot as any team right now in the NHL. They have won seven straight, six of which came in regulation, after dropping three in a row during a stretch last month. They now trail the Blues by three points with two games in-hand for the Central Division lead.

Colorado has had no problems scoring goals, ranking third in hockey with 3.42 goals per game on 32.6 shots. Their 10.5 shooting percentage also sits in the top 10; however, their power play is just 21st, converting just 18.2 percent of the time with the man-advantage.

The Avs have also been solid defensively, sitting fifth in goals allowed per game with 2.65. They’re 17th with 31.5 shots allowed, but also carry a solid penalty kill percentage of 81, which ranks 14th in the NHL.

New acquisition Danton Heinen has provided a big boost for the Ducks. Acquired from Boston at the deadline, Heinen has registered a point in three of his four games with Anaheim, two of which were goals. The 24-year-old now has nine goals and 16 assists this season, as he aims to continue to have success in his new home.

Ryan Getzlaf and Sonny Milano will also be players to watch tonight. Getzlaf scores last week and also dished out an assist. While he may not be the point-per-game star he once was, the captain can still be an effective two-way player.

Meanwhile, Milano has found success with his new team as well, following up his two-goal debut with two assists in three games. The 23-year old win is now up to seven goals and 15 assists.

After a slow start that included some time missed due to injury, Gabriel Landeskog has impressed during Colorado’s win streak. The captain comes into tonight’s game on a five-game point streak in which he has two goals and three helpers. Landeskog hopes to build off of his 18-goal, 16-assist stat line over the last 17 games of the season.

Of course, the best player on the ice is Nathan MacKinnon. MacKinnon is actually in a little bit of a dry spell, with four assists and zero goals over his last seven games. But the center can heat back up at any time, evident by his 33 goals and 53 assists on the year.

The Avs are getting some production from an unlikely source lately, though, as 21-year old Tyson Jost has a pair of goals and assists over his last four games, bringing him up to seven scores and 13 helpers total.

With the Ducks in action yesterday, expect them to turn to backup Ryan Miller tonight. Miller is 7-6-3 with a 3.06 GAA and .908 save percentage.

Meanwhile, the Avalanche are likely to continue to roll with Pavel Francouz. Francouz is 19-5-3 with a 2.24 GAA and .929 save percentage.

This is one of the bigger mismatches that you’ll see, so it’s no surprise that the Avalanche are a whopping -320 tonight. Colorado is also a very good 17-9-5 at home, while the Ducks are 12-18-4 on the road.

For me, this one shouldn’t be close. Colorado is on a hot streak, while Anaheim has looked bad in their last couple of games. The Avs boast scoring options all over and should have their way against a backup goalie and a defense ravaged by injuries.

Furthermore, the Ducks played in Chicago last night, while the Avs have an extra day of rest in their favor. Give me the Avalanche -320 tonight.