Zeke With Another Possible Suspension—Effect on Futures Odds 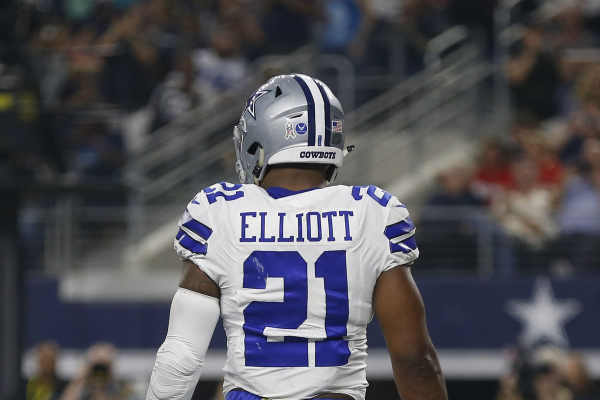 With the possible suspension of Ezekiel Elliot, the Cowboys futures odds may be taking a major hit

For seemingly forever now, the Cowboys have been vaunted to be the soon-to-be SuperbowlChamps, but unfortunately for them, their uber-talented squad is continuously shooting itself in the foot with a series of unfortunate off-the-field incidents, most of which are the fault of star running back Ezekiel Elliot. Elliot, is yet another Cowboy in a long series of Cowboys, with tremendous, God-given offensive talent, but unfortunately, he is also unable to keep himself out of trouble.

After a series of recent offseason events—one resulting in a handcuffed Elliot and another of rumored domestic violence incidents, it all culminated in a six-game suspension, effective this upcoming season. So will those six games mean the world for the Cowboys?

Despite losing Zeke, the Cowboys will still open the season as hefty favorites. With a team in absolute disarray in New York City, what would normally be a classic Giants versus Cowboys rivalry game seems poised to be an absolute blowout. While the casual fan might drive the line down towards the Cowboys, this very easily could be a line that could be 7.5 by kickoff, as it seems that sharp and public bettors alike will be anxious to take a Giants team doubted by the masses and getting 8.5 against a Cowboys team without Zeke.

While Zeke does provide the Cowboys with a hefty amount of offense, in reality, the Cowboys are still neck-for-neck with the PhiladelphiaEagles as the best team in the NFC East. Even without Elliot, the Cowboys will still have to rely on solid quarterback play from Dak Prescott, who has been anything but consistent, after going from season-to-season performing in stellar fashion and then having other issues. Despite the fact that Elliot is absent, the Cowboys still have a lot of value long-term for a number of reasons, and even without their star running back, the plus side for the Cowboys is that the running back is often the most easily replaced position in the league.

Even after what should be an easy W, Week 3 the ‘Boys play the Miami Dolphins at home, and are already posted at 7.5 chalk, even without Zeke. So right there, that’s two easy games where the Cowboys are heavily favored. Prior to that, the Cowboys play the Redskins on the road in one of the NFL’s most long-standing rivalries, but they are still favored to win. The first game where the Cowboys are listed as underdogs is their week four matchup against the New Orleans Saints, who are favored to win the NFC Championship. Ultimately, the Cowboys are certainly going to be another team heavily-favored to go all of the way, but there is no way they are going to drop all of those games, enabling them to still be competitive even with Zeke. Zeke is probably worth 2.5 points to 1.5 points, making his absence not too much to panic about if you’re

The Cowboys are presently +100 to make the playoffs, meaning they would either have to clinch a WIldcard spot or win the NFC East. They are +160 right behind the Eagles to win the NFC East, and they are +1150 to win the NFC, and +2800 to win the Super Bowl. While SuperBowl chances are hard for them to come by, don’t overthink his absence—if you like the Cowboys, bet them now before he comes back or they start winning games. You will be getting a better price without him.