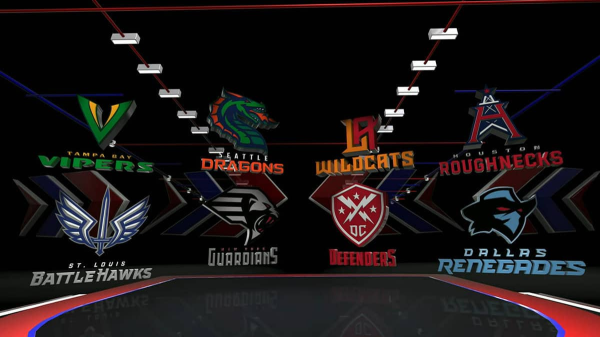 As the NFL season has come to an end, the XFL will try to fill the hole in the football calendar as it gets set for its inaugural season. The new league kicks off with games this Saturday and Sunday.

Eight teams will battle it out over a 12-week season to see who will claim the first championship of this rebooted league.

While the XFL won’t be competing directly with the NFL as it did in its first iteration, the new football league is looking for ways to improve the NFL product. This new brand of football seeks to be “faster, with more plays, less stall, fewer interruptions, and no gimmicks,” according to a statement by the XFL.

The first XFL season will run through the end of April, at which point a champion will be crowned on April 26.

It’s yet to be seen whether or not the XFL will have more success than last year’s Alliance of American Football, which failed to complete a full season. However, the XFL appears to have learned from its previous mistakes and is setting itself up for the long run.

Taking The XFL To NFL Cities

While the AAF injected its semi-professional league into places like Orlando, Memphis, and Salt Lake, the XFL is invading NFL cities.

Whereas this would have been a huge infringement on the NFL in the 2001 version of the XFL, when the new league saw itself as a competitor, this is a great idea this time around. Why? Because these XFL destinations already have a built-in football fanbase.

Rather than trying to create football fans in Birmingham or San Antonio, the XFL is taking advantage of the fact that tens of thousands of fans have already proven they’re willing to buy a ticket and go to a game in Seattle or Tampa Bay.

If you can “borrow” a fraction of that NFL fanbase and turn them into fans of the New York Guardians or Los Angeles Wildcats, you’re starting with a big advantage.

Another great move by the XFL is bringing football back to St. Louis. After the Rams left for Los Angeles, this great sports town was left without a football team. Now, the St. Louis BattleHawks will give fans a reason to return to the gridiron.

XFL Trying To Spice Up Game With New Rules

To bring in fans, the XFL knows it must bring something new, fresh, and appealing to the game of football. It’s certainly not hesitant in this endeavor.

According to reports, the XFL will be implementing a number of rule changes. Here are some of the most notable:

Two Forward Passes: As long as both passes take place from behind the line of scrimmage, the XFL is reportedly allowing two forward passes in a single play.

Overall, the XFL is implementing a faster game with a running clock, a shorter play clock, and variations of rules.

Of the eight teams battling in the XFL’s inaugural season, five are closely grouped at the top of the odds, while three teams can be considered longshots.

The Dallas Renegades and the New York Guardians are the favorites entering Week 1 of the XFL season. Both teams own odds of +400.

A trio of teams – the Tampa Bay Vipers, DC Defenders, and Los Angeles Wildcats – trail closely behind the two favorites with odds of +450.

After a significant gap, the Houston Roughnecks are on their own with the sixth-best odds of winning the XFL crown at +1200.

And rounding out the league are the Seattle Dragons and St. Louis BattleHawks at +1400.

With these odds in mind, keep a close eye on Sunday’s early matchup in XFL play. Two of the league’s top teams will face off as the Guardians host the Vipers.