Will The Underdog Cowboys Upset The Ravens On Monday? 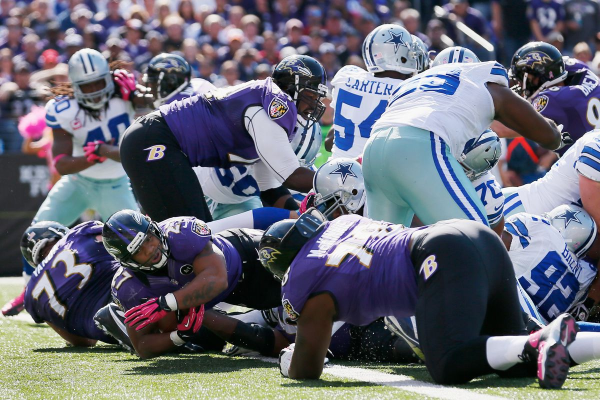 The Ravens vs. Cowboys game was initially slated for December 3, but due to a COVID-19 breakout within the Ravens squad, it has now been pushed back to Monday, November 8 at 8:05 p.m. EST

Come game day; the Ravens will host their opponents, the Cowboys, at the M&T Bank Stadium in Baltimore. Tune in to Fox Sports, the NFL Network, and Amazon Prime Video to catch the game.

The Worst Team in the League’s Worst Division

With Tuesday’s game kicking off the first of the franchise’s last five games of the season, the Cowboys are ranked dead last in the NFL’s NFC East division, which is, itself, the league’s worst.

An emotional factor for the Cowboys ahead of Tuesday’s clash is the sudden passing of coach Markus Paul. Before their previous game against the Washington Football Team, media outlets reported that the entire team was still reeling from the loss.

That sense of grief indeed showed as the Cowboys slumped to a 41-16 loss on Thanksgiving. The Cowboys’ defense was picked apart by Antonio Gibson’s inspired play as he ran for three touchdowns in the game.

With a 3-8-0 record, the boys from Texas have now lost five of their last six games since their star quarterback, Dak Prescott, stumbled off the turf with a season-ending ankle injury.

Taking a Look at The Ravens

The Baltimore Ravens, for their part, are a slightly better team. Despite the coronavirus worries that have been an issue of late, the squad’s performances have been, at the very least, okay.

Currently, they sit 3rd in the AFC North division – with a record of 6-5-0. Of course, the Ravens’ offense is a mile off what it was in 2019 when the team racked up a 12-game winning streak that was capped off by a cumulative 172 points scored in the last four games.

Key to the Ravens’ impressive season, reigning league MVP Lamar Jackson has struggled of late. His passing yards have dropped this season to less than 200, and so have his rushing yards. This might well play into the outcome of Tuesday’s game.

Ahead of the game, though, the main talking points have shifted from discussing which team would likely win to focusing squarely on the Ravens’ COVID-19 issues.

The team from Baltimore had its week 12 fixture against the Pittsburg Steelers postponed twice. What was meant to be this week’s game (against the Cowboys for Week 13) has been moved to Tuesday.

The Ravens, for their part, seemingly can’t catch a break with the virus this season. The long layoffs and what might eventually be a weakened squad might play into their performance Tuesday.

The Ravens are clearly odds-on favorites to win the ball game. This is, expectedly, because, even with a star quarterback in Lamar Jackson that seems to be off his usual form, they still have the better offense.

Even before Prescott’s unfortunate injury, the Cowboys were struggling to create chances at the opposing end. Combined with a defense that seemingly lacks chemistry, it’s easy to see a win for the Ravens in this game.

Pick: Take the Ravens on the Moneyline.