Will Brown See the Field for the Patriots in 2019? 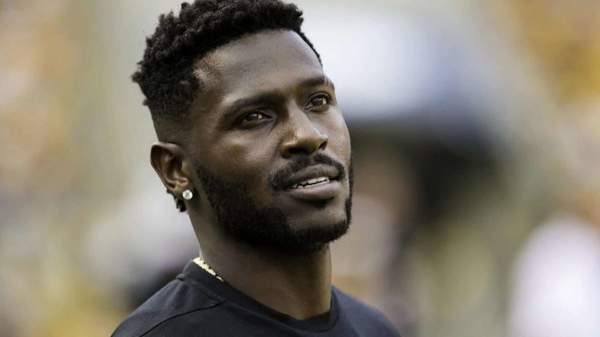 It feels like Antonio Brown has been in the headlines every day for the past couple of months, and it doesn’t seem like it will stop anytime soon. According to a civil lawsuit filed in the Southern District of Florida on Tuesday, Brown has been accused of sexual assault on three separate occasions.

The accuser is Brown’s former trainer, Britney Taylor, who claims the sexual assaults by the new Patriots receiver occurred in 2017 and 2018.

As expected, Brown’s representatives said they are “aware of the allegations” and that “the league has informed us they will be investigating.”

Brown’s lawyer, Darren Heitner, also issued a statement, saying, “Any sexual interaction with Mr. Brown was entirely consensual.” Heitner also went on to say that Brown “will aggressively defend himself.”

Taylor, who attended Central Michigan alongside Brown, is seeking in excess of $75,000.

Obviously, these accusations could cost Brown much more if either the Patriots or the NFL decide to keep Brown off the field. So, will the seven-time Pro Bowler suit up for New England this year?

Let’s dig into what Brown is up against to see how likely that is.

The Accusations Against Brown

Throwing a fit over which helmet you’re able to wear is one thing. Being accused of sexual assault on three separate occasions is quite another, and one the league is sure to take very seriously.

According to Taylor, she and Brown met at college through a Bible study group and became friends. After falling out of touch, Brown reconnected with Taylor in the summer of 2017 when he hired her to assist in his physical training.

Beyond that point is when each of the three alleged incidents occurred.

The first alleged incident took place in June 2017, during which Taylor says that Brown kissed her after exposing himself in his home in Pittsburgh, all without consent.

According to the lawsuit, the next alleged incident occurred in Miami one month later, where Brown masturbated in Taylor’s vicinity without her knowledge before ejaculating on her back, once again without consent. Taylor also claims Brown then boasted about the incident in text messages.

The third alleged incident occurred in Brown’s Miami home after a night out in May of 2018. Taylor says that the two went to Brown’s home to grab food and use the restroom, but Brown “forced her down onto a bed, pushed her face into the mattress, and forcibly raped her.”

In public defense of Brown, Heitner has stated that Brown and Taylor were in a “consensual personal relationship.”

In the midst of such serious allegations, the NFL is investigating the situation.

According to reports, the civil lawsuit filed against Brown was a surprise to the Patriots, for whom Brown was scheduled to practice on Wednesday. New England will have to quickly decide whether or not to allow Brown to take part in team activities before making the decision on Brown’s availability for Sunday’s game.

However, the NFL could be the first to act and remove any responsibility from New England. One option for Roger Goodell is to place Brown on the commissioner’s exempt list, which would mean Brown would not be on the active list for the Patriots while the league investigates the situation.

In that instance, which looks the most likely at this point in time, Brown would not suit up for New England until he’s removed from the list.

The commissioner’s exempt list has been used for situations with high-profile players in the past, including Adrian Peterson, who sat out the final six games of 2014 after being placed on the list during an investigation regarding Peterson’s misdemeanor reckless assault charge after an incident with his son.

With Brown facing more serious charges, there’s the potential for Brown to miss all of the 2019 NFL season.

Brown’s absence is unlikely to significantly change the odds for the Patriots to win the Super Bowl, as the team was already the favorite with +250 odds after Week 1 without Brown on the field.

Prop bets on Brown before the allegations in the civil lawsuit placed odds at -500 for Brown being on the Patriots roster for the final week of the 2019 regular season, and placed -200 odds on Brown being a Patriot for Week 1 of the 2020 season.

With those odds now sure to change, it’s hard to see Brown being available for all remaining games. As the NFL has proven with the likes of Ezekiel Elliott, it can keep players off the field even without law enforcement pursuing a case.