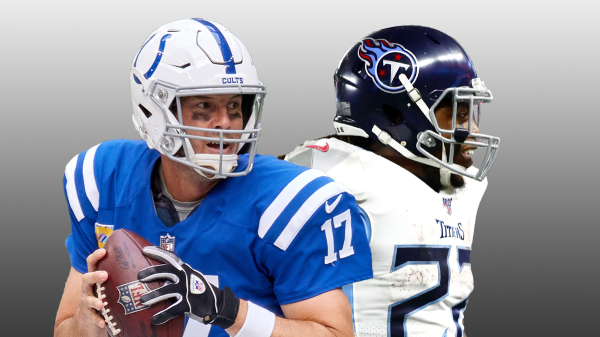 It’s a Sunday night NFL super showdown between the Tennessee Titans (7-3) and the Indianapolis Colts (7-3). Week 12 of the National Football League matchup is scheduled to take place on November 29, by 12:00 PM EST.

Tennessee Titans Lust After Another Win

The Tennessee Titans are coming off a victory in their last match against the Baltimore Ravens. The match ended with a 30-24 final score, as the Tennessee Titans took an early lead in the first quarter of the match. In the game, Tennessee’s quarterback, Ryan Tannehill, threw for 259 yards with two touchdowns and an interception. Meanwhile, running back Derrick Henry ran for 133 yards with 28 carries and scored a touchdown, and wide receiver Corey Davis caught five balls for 113 yards in the game against the Baltimore Ravens. The Tennessee Titans accumulated a total of 423 yards of offenses in the game.

This season in total offense, the Tennessee Titans have gained an average of 27.9 points per game. The team has accumulated a total yardage average of 390.5, 239.4 passing yards average, and an average of 151.1 in rushing yards.

The Tennessee Titans have a few players that might be unavailable for the game on Sunday due to injuries and health complications, including Larell Murchison (DT), Kenny Vaccaro (S), Adoree’ Jackson (CB), Roger Saffold III (G), and Adam Humphries (WR).

The Indianapolis Colts with four wins and a loss

Leading in passing yardage, quarterback Philip Rivers threw for 288 yards scoring three touchdowns with an interception. Running back Jonathan Taylor led the team on the ground with 22 carries in 90 yards, and wide receiver Michael Pittman Jr. received three throws in 66 yards, and scoring a touchdown.

In total offense, the Indianapolis Colts have gained an average of 27.6 points per game. In average yards gained, the team has accumulated 379.2 yards, 270.0 in the air, and 109.2 on the ground per game.

Season lead quarterback Philip Rivers has covered 2,683 yards passing and scored 14 touchdowns with eight interceptions. Running back Jonathan Taylor leads the team on the ground running for a total of 518 yards with 135 carries and 4 touchdowns. Wide receiver Zach Pascal is leading the Indianapolis Colts in receiving yardage with 31 balls caught in 384 yards and scoring two touchdowns.

When it comes to protecting their territory, the Indianapolis Colts have allowed an average of 20.8 points per game from their opponents. In average yards allowed, the Colts average 313.7 in total, 224.5 in passing yards allowed, and 89.2 yards allowed on the ground.

The Tennessee Titans have lost three of their last five games in the season, their most recent wins being the game against the Baltimore Ravens and the Cincinnati Bengals. Meanwhile, the Indianapolis Colts have won four out of their five most recent games and look ready to take on the Titans. We expect the Indianapolis Colts to take an early lead in the game and become victorious after the final whistle.