Tip of the Iceberg: How to Interpret the Josh Shaw Betting Saga 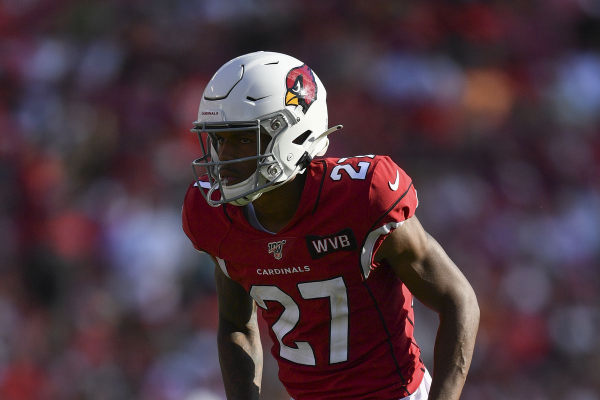 There has been a lot of feverish excitement in the United States surrounding sports betting ever since the Supreme Court overturned the Professional and Amateur Sports Protection Act in 2018. Many states have already started accepting legal sports bets, and several more are slated to launch in 2020. During all the talk about launching sports betting in the U.S., many of the leagues cited a need for a pice of the action to ensure integrity in their games. For the most part, this request was denied, but the conversation will definitely be push onto the front burner again with the news this week that the NFL suspended one of its players for betting on football.

For those of you that do not know, it was announced by the NFL last week that Josh Shaw, a defensive back for the Arizona Cardinals, had been suspended at minimum for the rest of this season and all of the 2020 seasons for violating a league policy against gambling on sports. This week, as more of the details emerged, we found out that not only had Shaw, who is currently on injured reserve and not actually with the team, bet on the NFL, but he had, in fact bet on his own team’s performance against the Tampa Bay Buccaneers. This bet, part of a three-team parlay, ended up being a loser, but that doesn’t change the fact that NFL players are not allowed to bet on NFL games.

There is a lot to unpack with this story, but let’s start with the most confusing part of what was revealed. It appears that Shaw, who is out for the entire season with his injury, made this wager in a Las Vegas casino. This means that he walked up to a counter in a sportsbook and placed a physical bet on the games.

This begs the question: why did he do this? It’s one thing to want to place a wager on some NFL games (we all know that feeling). However, when it is explicitly prohibited by the league, why would Shaw so brazenly break the rule by making this wager in person? We aren’t condoning the activity, but there are some obvious ways for him to have made this wager without being tracked. No doubt, we will hear his side of the story at some point (likely during an appeals process), but for now, we are left puzzled by the actual events as described.

Is this a one-time thing?

The next question that is rampant around not just football circles, but all of sports, is whether or not this is an isolated incident or if it is just an example of how much betting is happening within the sports. Conspiracy theorists will say that the sheer number of missed kicks this year in the NFL also screams of some sort of game-fixing. However, with NFL players making, for the most part, millions of dollars to play the game, it is difficult to believe that there is an underbelly of point-shaving happening.

Still, as this is the first incident of gambling in sports by its employees since the Tim Donaghy scandal in the NBA years ago, it does bring up the discussion of integrity all over again. Let’s face it – betting is part of the culture of sports across the globe, and while it has been relegated primarily to offshore betting sites and backroom bookies in the U.S. up until recently, there is no doubt that many athletes like to spend their millions making a bet.

There are well-documented stories about the gambling habits of Charles Barkley and Michael Jordan, and recently Evander Kane of the San Jose Sharks was sued by a casino for not repaying his markers during a trip to the city. We have also seen loads of athletes taking their shot at winning the World Series of Poker on ESPN. However, all of this behavior is considered okay in the eyes of the leagues. It is when a player bets on his or her own sport, let along betting on their team, that things go from green to red in an instant.

With the introduction of mobile and internet sports betting, it is far easier for a player to be anonymous. Ask any of the offshore operators, and they will tell you that their databases are filled with some familiar names from the sports industry. With the introduction of legal sports betting, players are having to verify more personal information than ever before, so the paper trail is much longer. Perhaps that is why Shaw decided walking up to a teller in Vegas was the best way to get his bets in instead of creating an account at a site.

What can be done, and what should be done?

The leagues are in a precarious spot when it comes to the damage that news like this story can cause them. First off, there is without question conflict of interest in some cases. For example, the NFL has entered into an agreement with Caesars for sponsorship dollars, and many teams across the big four leagues have entered into agreements with sports betting operators. The fact is that the marketing money coming from gambling companies is flowing, and they don’t want to miss the boat.

Further complicating matters is how some states are administering licenses for sports betting. Washington, D.C., and Illinois are pushing the envelope by allowing sports venues of a specific size to operate sportsbooks. However, a deeper dive into this decision shows that many of the arenas are, in fact owned by the same owner as the teams playing in them. This means that team owners are being given a chance to operate sportsbooks, which opens up a whole new can of worms.

For the time being, the decision from the NFL to suspend Shaw for all of next season is one that we feel fits the crime. “If you work in the NFL in any capacity, you may not bet on NFL football,” NFL commissioner Roger Goodell said in announcing the suspension last week. It is essential for all the leagues to show strength in matters of players or other employees betting on their sport – this is the “integrity” that gamblers want to see. However, with the ease of accessing gambling sites at an all-time high, and the desire to gamble seemingly growing, the leagues will need to be more diligent in monitoring the behavior of its workforce.

For Josh Shaw, the timing could not have been worse. No one wants to be the first one caught after regulations passed – he happens to now be the poster child for what could go wrong with legalized sports gambling in the U.S. Let’s not fool ourselves, however: players have been betting on sports for ages, but until now leagues and teams have been able to turn a blind eye because the general public wasn’t aware of how big the industry had become. From here on, you can bet that each league will be pounding the pavement looking for integrity fees – maybe they should give Shaw a commission for helping make their point.