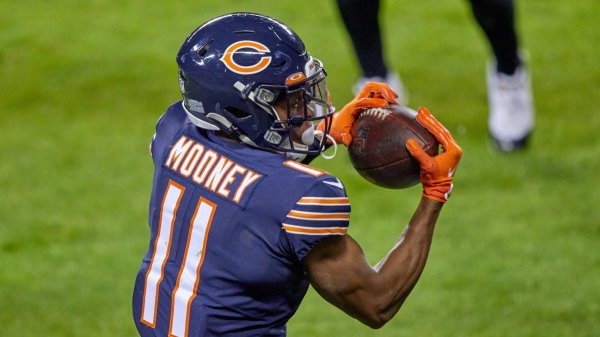 It is the Week 14 of the NFL, and in one of the early games on Sunday, the NFC North will meet the AFC South. The game will kick off by 1 pm ET on December 13, at Soldier Field, the home of the Chicago Bears. It will be an exciting game to watch as the hosts have lost six in a row (5-7), having their playoff dreams hanging by a thread. A win will help in their playoff dreams. The Houston Texans are on a 4-8 run, winning three of their last five games.

A Chance for Bears to Take Advantage of Texans Instability

The Texans are being led by an interim head coach, following the firing of the manager, Bill O’Brien, in October. The Texans have improved since the dismissal but still, look disorganized and can be easily picked apart.

The defensive problems came as a shock, especially in their last fixture against the Lions. They bottled a 10-point lead in the fourth quarter, allowing 400 yards passing to Mathew Stanford. If the defensive problems are sorted, then they stand a good chance of securing a win.

They are also plagued with injuries, missing their linebacker Khalil Mack with a shoulder injury.

The Houston Texans know they have lost their chance to make the playoffs, but they can still play for glory. They have won three of their last five games, including a satisfying win over New England. They also defeated Detroit on the road on Thanksgiving. That has shown an improvement in their game following the sack of the coach. The Texans’ losses show that they go into every game, fighting with a total of only nine points. Looking at these stats, the team has been impressive and might rip the Bears apart, who are seriously struggling with their defense.

The decision on the NFL draft positioning has already been made, so we cannot attribute their play to draft positioning. Miami owns Houston’s first and second-round picks. It has been so since August 2019 because of the trade that brought in left tackle Laremy Tunsil and Kenny Stills.

The Chicago Bears can secure a wild-card spot in the NFC but will have to turn things around, starting with this game. The Texans will do everything in their power to rain on their parade. It is worth noting that it is nothing personal but perhaps, a genuine attempt to secure a permanent job as the head coach.

It is a difficult one to choose who will come out on top in this fixture, but it will be wiser to favor the Houston Texans. With the defensive struggles continuing, it is difficult to see the Bears holding down the Texans.