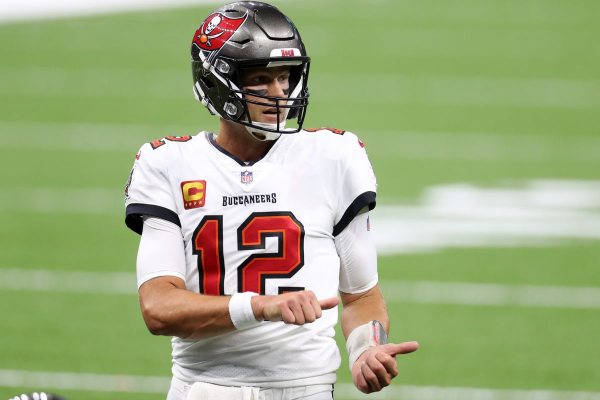 Sunday features an intriguing NFL matchup as the Tampa Bay Buccaneers (4-2) face off with the Las Vegas Raiders (3-2). This matchup was initially supposed to be the Sunday Night Football game, but the Raiders’ COVID-19 concerns have moved this game off of primetime and, instead, up to a 4:05 pm ET kickoff. The Raiders will be hosting this game at Allegiant Stadium.

As mentioned, there have been COVID issues running rampant with the Raiders this week. Right tackle Trent Brown has tested positive, and after neglecting safety protocols, the entire offensive line and a few other players are currently in isolation due to contact tracing.

If the game is played, it is conceivable that the Raiders could have to go with a brand new offensive line, although the other lineman could play if they test negative and pass other safety protocols.

Aside from the controversy, the Raiders are coming off an impressive victory over the Kansas City Chiefs in Week 5. In the victory, Derek Carr threw for 347 yards and three touchdowns.

Josh Jacobs also had 23 carries for 77 yards and two touchdowns. Now, coming off of a bye, the Raiders would love to keep it rolling against Tom Brady and the Buccaneers.

According to FanDuel, the Buccaneers come in as the heavy favorites despite playing on the road. Their moneyline sits at -220, while the Raiders are +184 to win. The spread features the Raiders at +4.5 while the over/under for total points is 52.5.

After taking down the previously undefeated Green Bay Packers, the Buccaneers are hoping to keep it rolling and take down the Las Vegas Raiders on the road.

Offensively, it is the ageless Tom Brady who is leading the Bucs’ offense. Brady has thrown for 1,541 yards, 14 touchdowns, and four interceptions this season. His leading receiver has been Mike Evans, who has 23 receptions for 281 yards and a whopping six touchdowns.

On the ground, Ronald Jones has led the way with 97 carries for 472 yards and three touchdowns.

This is certainly a rough week for the Raiders; however, they continue to have issues with following COVID protocols, and they seem to be paying the price. Still, assuming this game can be played, they will look to take down Tampa Bay on the field.

Leading the Raiders under center is quarterback Derek Carr. Carr has thrown for 1,442 yards, 11 touchdowns, and just a single interception on the season.

Carr’s leading receiver this season has been Darren Waller. The tight end has 34 catches for 295 yards and two touchdowns.

The most lethal weapon for the Raiders might be their running back, though. Josh Jacobs has been stellar this season, rushing 106 times for 377 yards and five touchdowns.

Raiders A Mess, Taking The Bucs

This could be an interesting leadup to the game Sunday. With all attention focused on their COVID situation, the game has seemingly become an afterthought. For that reason, it is advantage Buccaneers.

I really like Tampa Bay in this one, and with all of the issues surrounding the game, they could win big. I am taking the Bucs not only to win but to cover the 4.5 points as well.