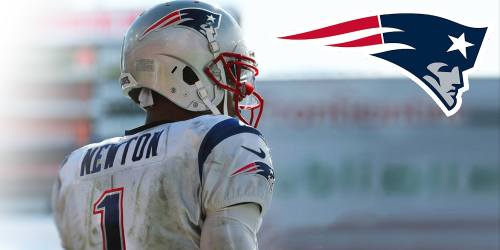 It was quite the spectacle when it was revealed that the New England Patriots had signed Cam Newton. Replacing Tom Brady with a former MVP is rather impressive. If anyone is ready to step into Brady’s shoes, it’s Newton.

Newton has the bravado and confidence to lead the Patriots to the promised land. He also has the necessary skills on the field.

Newton can do it all. He has a strong arm that stretches the field, but can also extend plays and use his feet to gain first downs. The question is after all his injuries can he still do that? So far in camp, Newton has looked rather healthy.

Still there was a question about who would start for the Patriots. Jarrett Stidham had more experience in New England’s system so it appeared that he and Newton would battle for the job.

Now Bill Belichick appears to only have one decision. He has to start Newton. According to Michael Giardi of the NFL Network, Stidham is dealing with a lingering hip injury that will have him at less than 100 percent for “several weeks.”

This means that Newton will be the starter. He has the skills and experience as a starter to lead the Patriots. He led the Carolina Panthers to the Super Bowl, but was unable to defeat the Denver Broncos in the big game. Things could work out differently in New England.

Bettors should keep an eye on the regular season win total for the Patriots. Currently according to OddsShark the line is set at nine wins. Before the signing of Newton and the Stidham news, bettors were rightfully cautious. Now they should be pounding the over. New England is likely a 10 win team and could perform even better.

The offense will be lead by Julian Edelman and Mohamed Sanu who will make life easy for Newton. Also you have young players such as N’keal Harry who could have a breakout season.

Then on the defensive side of things, New England still has Stephon Gilmore and Devin McCourty in the secondary. Combine that with an average front seven, and New England will do just alright.

The money is there for the taking. Betting the over on the Patriots regular season win total is the closest thing you will get to a sure thing.