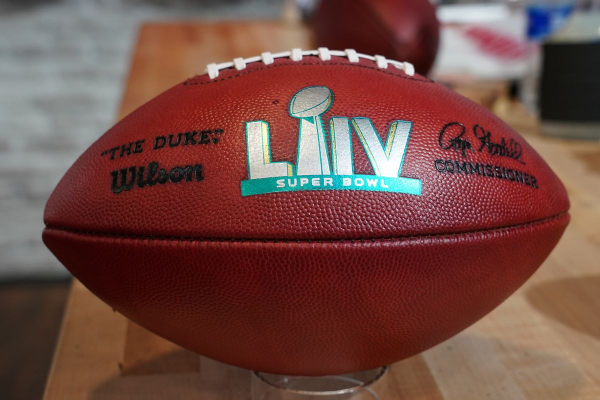 The Super Bowl is just right around the corner, and with all eyes on the game and who will hoist the Lombardi Trophy this year, there are several other reasons to be excited about the game from a betting perspective. The outcome of the game is not the only thing that wagers can be placed on.

In fact, everything from the length of the national anthem to which coach will be mentioned first on the broadcast after kickoff are subjects of possible bets. While these prop bets are a little more random, there are other prop bets that can be wagered on that still have something to do with the game itself.

Before getting started, I think it is important to establish a sense of perspective. I currently like the Kansas City Chiefs at -1.5. In the AFC Championship Game, they certainly showed the ability to take care of a run-first team, and I expect more of the same on Sunday.

I certainly think that the 49ers’ defense will give Kansas City a tough time, but I ultimately think the Chiefs have too many weapons on the offensive side to be held down for an entire game. With that in mind, let’s take a look at six of my favorite team prop bets heading into Super Bowl LIV.

Granted, Damien Williams has certainly picked it up of late, but it is still a matchup of rush-first versus pass-first. I don’t see Raheem Mostert going off for 220 yards again as he did against Green Bay, but the 49ers’ line is stout, and I think they find rushing lanes against Kansas City. A spread of 49.5 yards is a lot to give up, but I still think San Francisco covers it.

Will San Francisco Have A Rushing TD In The First Half? Yes (-150)

This one is based on trends of the Chiefs this postseason. Kansas City has not been particularly hot to start games. In fact, against Houston, it gave up 21 points in the first quarter, and against Tennessee, the Chiefs gave up 17 in the first half.

If this follows suit, the 49ers do most of their damage on the ground and would likely lean on Mostert to reach paydirt at least once early on.

There are a couple of things that make me lean over in this one. First, the Chiefs were pretty good at getting to the quarterback this season. They ranked eighth in the NFL in sacks per game at 2.9.

Additionally, I anticipate the Chiefs will have a lead late, forcing Jimmy Garoppolo and the 49ers to have to throw it more. The more he throws, the more chances the Chiefs’ rushers will have to get home.

The 49ers’ line is solid, given Garoppolo only took one sack against a good Packers pass rush, but I still see the Chiefs getting to him for at least three sacks.

To get a glimpse into this one, I take a peek at the Green Bay game in the NFC Championship Game. In that contest, the 49ers combined for 362 net yards. Granted, Garoppolo had an uninspiring 77 yards passing, a number I thoroughly expect him to surpass in this one.

On the other hand, Mostert rushed for a whopping 220 yards, which is a number that I don’t see him able to even come close to in this one. Garoppolo is not the type to air it out often, and the 49ers are going to want to rely on ground and pound in this one, making the yardage rack up at a much slower rate.

With a big game from Garoppolo, the 49ers may surpass it easily, but for my money, I am taking the under.

Team To Score Last In The Game: Kansas City Chiefs (-115)

Again, keep in mind that I expect that the Chiefs will ultimately win this one. With that in mind, I think the 49ers are going to have to play out of their comfort zone late in the game and start throwing the ball much more than they would like.

Also, when down, they are more likely to be forced to go for touchdowns at the expense of a field goal. While the Chiefs may heavily lean on the run game with a lead late, they still have less of the field to cover in this scenario, as Harrison Butker’s big foot will come into play as they just want to add points, not necessarily having to be touchdowns.

Given the Chiefs’ propensity for throwing the ball, this may seem counterintuitive. One thing I have learned, though, is that Andy Reid is clever and will try to keep the 49ers on edge in this one. In the Chiefs’ last game, the pass-to-run ratio was much closer than one might think.

When it was all said and done, Mahomes had 35 attempts throwing. On the ground, there were a total of 27 rushes between Mahomes, Damien Williams, Tyreek Hill and Darwin Thompson.

Reid is going to want to throw the ball, but I think he starts with a run, to try to establish that side of the offense to open it up for Mahomes later.