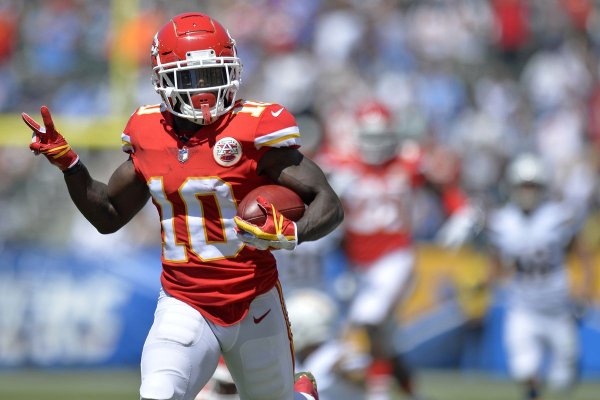 Two AFC surprise teams will meet on Sunday as the Cincinnati Bengals travel to Missouri to take on the Kansas City Chiefs. This week’s Sunday Night Football game is going to be an electric atmosphere as the Bengals are 4-2 and the Chiefs are 5-1. The Bengals are pretty solid this year on the road with a record of 2-1 while the Chiefs have not lost at home yet this year.

This is the game that we will see if the Chiefs are for real as they sometimes falter after getting off to their hot start. A good game is on tap as the Bengals are really looking to come in and upset the home team so they can gain a little respect from the league. The Chiefs are favored to win this one by six points.

The Bengals are 4-2 on the year but are coming off of a tough fought loss to the Steelers, 28-21. Prior to that result the Bengals had won two games in a row against some tough teams. The Bengals are playing so well right now due to their ability to score the ball. The Bengals are scoring 29.0 points a game despite not gaining a ton of offensive yardage this year.

The Bengals are only throwing the ball for 279.0 yards a game and running the ball for 89.8 yards a game. Despite having the 16thranked passing attack in the NFL and the 25thranked rushing attack, the Bengals are 6thin the NFL in points per game. This is a testament to how good their defense has been creating turnovers and putting the offense in short field situations.

Andy Dalton has thrown the ball really well this year as he has 14 touchdown passes and 1,674 yards through the air. He is the guy that has really helped the offense click in the six games that they have played so far. Going forward, the Bengals are going to have to rely on their defense to get short fields for them because I’m not sure the Bengals can hang with teams that are going to score a lot of points.

The Chiefs offense this year has been potent. Led by second-year man, Patrick Mahomes II, they have been putting on an offensive clinic every time out on the field. The Chiefs are 2ndin the NFL in points scored a game with 25.8 and they are 7thin passing yards a game with 306.5. Mahomes has thrown for 18 touchdowns this year which leads the NFL. He is a great pocket passer, but he is actually better when he is on the run.

He has a 58.3 percent completion rate on balls that he throws on the run, which is a throw when the quarterback is traveling at more than eight miles per hour. This fact just shows us how dynamic he really is. This season TyreekHill has been his favorite target as he has 567 yards receiving and has caught six touchdown passes.

Chiefs Pick up Another Win

After the Novak (or Novax?) Djokovic visa saga dominated pre-tournament headlines, we can finally look forward to some on-court headlines as the Australian Open gets underway. Djokovic news has taken the focus off of the tournament, which is certainly understandable. After all, the fate of the world number one and top seed would significantly impact END_OF_DOCUMENT_TOKEN_TO_BE_REPLACED