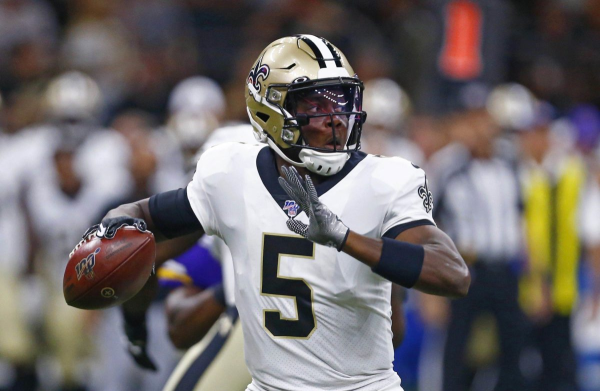 Sunday Night Football features a matchup of premier teams as the Dallas Cowboys (3-0) travel to the Mercedes-Benz Superdome to take on the New Orleans Saints (2-1). The Cowboys will look to keep their win streak going to start the season behind stars Dak Prescott, Ezekiel Elliott and Amari Cooper. The Saints hope to play well as the underdog against the Cowboys as they will once again be without star quarterback Drew Brees. Kickoff for this one is scheduled for 8:20 pm ET.

Dallas comes into this one having won three in a row, with wins over the Giants (35-17), Redskins (32-21) and Dolphins (31-6). Despite the 25-point victory last week, it was a story of two halves. In the first half, the Cowboys looked rather pedestrian, but they came out in the second half and punched an inferior Dolphins team in the face to quickly put it out of reach. They will hope to do the same against a Saints team that will be playing shorthanded.

The Saints are trying to just get by while staying in the playoff hunt as Brees makes his way back from surgery. Shockingly, they were able to take down the Seahawks on the road 33-27 in large part due to both their defense and special teams. Against the Cowboys, though, they will likely need Teddy Bridgewater to step up to get some contributions out of their offense.

The point spread for this one currently sits with the Dallas Cowboys being 2.5-point favorites despite playing on the road. The over/under on total points scored is set at 47.

On the defensive side, it is once again the Cowboys who are the better team, but this time by a much wider gap. Dallas currently ranks third in the NFL, allowing 14.7 points per game (21 on the road). The Saints are 26th in the league, allowing an average of 27.3 points per game (28 at home).

Dallas Hoping To Win On Both Sides Of The Ball

This is possibly one of the most complete teams that Dallas has had on both sides of the ball in recent seasons. Leading the offense under center is quarterback Dak Prescott. On the season, Prescott is 70 for 94 (74.5 completion percentage) for 920 yards, nine touchdowns and two interceptions. He has also taken just two sacks through three games. Prescott has also rushed 11 times for 88 yards and a touchdown.

His leading receiver thus far has been Amari Cooper. Acquired from the Raiders last season, Cooper has shown he can be a team’s No. 1 this season. He has 16 receptions thus far for 238 yards and four touchdowns.

On the ground, the Cowboys are happy that they ended Ezekiel Elliott’s holdout by agreeing to a new contract. Thus far, Elliott has 55 rushes for 289 yards and two touchdowns. Behind him, backup Tony Pollard has also had a nice start, as he has 30 rushes for 149 yards and a touchdown.

Defensively, the Cowboys’ stat leaders are Jaylon Smith (27 tackles) and Demarcus Lawrence (1.5 sacks), and Dallas doesn’t have an interception to this point. While the Cowboys’ defense has seen the most dynamic offenses to date and gets cut a break with Brees being out, they will still aim to show dominance Sunday night.

Most times NFL teams are able to overcome injuries with a “next man up” mentality; however, when it comes to a Hall-of-Fame quarterback like Brees, it can be a little tougher to deal with. Still, Bridgewater will do his best to keep the Saints afloat until Brees is able to recover. On the season, Bridgewater is 36 for 57 for 342 yards, two touchdowns and no interceptions. The last part may be the most important as the Saints will need him to be a game manager, allowing the running game to take on a lot of the expectations.

On the defensive side, the Saints’ leaders are Marshon Lattimore and Vonn Bell (21 tackles), Trey Hendrickson (three sacks) and Marcus Williams (one interception).

This one comes down to Bridgewater versus the Dallas defense for me, and in that matchup, I think it is all Dallas. While the Saints were able to shock Seattle last week, it was less about their offense and more about their defense getting a defensive and special teams touchdown. While Bridgewater may not be one of the worst options in the NFL when it comes to backups, he certainly is no Brees. Despite playing on the road, for my money, I am taking Dallas despite giving up the 2.5 points.