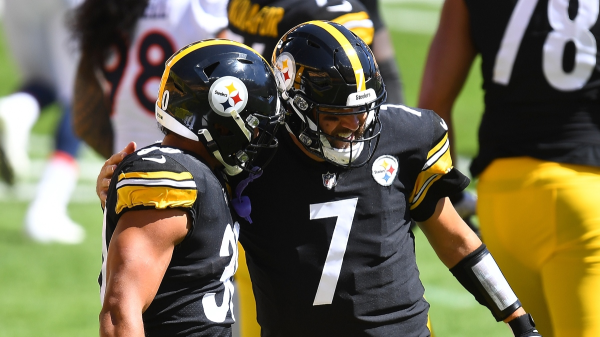 After sporting an undefeated 11-0 record to start their season, the Pittsburgh Steelers have now lost two straight games and have dropped to 11-2 on the season. They travel to Cincinnati in Week 15 to take on the Bengals on Monday Night Football in what should be a much needed bounce-back spot.

Odds for Steelers vs Bengals

FanDuel has the Steelers set as heavy 13-point favorites against the Bengals with the total set at just 40.5.

Burrow-less Bengals Have No Bite

It’d be tough to find an offense in the NFL that has had as bad of a three game stretch as the Bengals have had since Joe Burrow went down with a season-ending injury against Washington. The Bengals have averaged just 10.3 points per game and 220 yards per game in their three weeks without their rookie QB. They’ve also been averaging just 2.9 yards per carry and 5.1 yards per pass attempt in that stretch.

Things aren’t going to get any easier for them on Monday night when they face arguably the best defense in the entire NFL. The Steelers are allowing just 18.2 points per game, the fewest in the league. They’re also leading the NFL in takeaways per game and they rank 3rd in opponent yards per game.

With the playoffs just around the corner, it’s time for the Steelers to start hitting their stride on offense. Despite having the second best record in the AFC, Pittsburgh’s offense has been stagnant for most of the season. They rank 26th in yards per offensive play, 24th in punts per offense score, and 31st in yards per carry. Whether it be due to their offensive line or poor running back play, the Steelers will need to get their run game going if they hope to find success in the playoffs.

Pittsburgh may be doomed if they aren’t able to get their offense going against this stale Cincinnati defense. The Bengals rank 24th in opponent yards per game and 22nd in opponent points per game. Their biggest weakness on defense is the ability to stop the run, they rank 29th in opponent yards per carry. If James Conner can’t get going against the Bengals, there’s not much hope for the Steelers run game when they face much tougher defenses in the playoffs.

Despite the Steelers lackadaisical offensive efforts the past few weeks, betting on them to cover against the Bengals seems like an absolute no-brainer. They may only need to put up 20 points for Steelers bettors to cash their tickets as the Bengals offense has hardly moved the ball against much weaker defenses in weeks past. After scoring just seven points against one of the worst defenses in the league last week, the Dallas Cowboys, there isn’t much hope for them to find any success against T.J. Watt and the Steelers top-ranked defense.

Sportsbooks seem to think this will be the case as well with the total set at just 40. While that number may be enticing with how poor the Bengals offense has been without Burrow, a strong offensive bounce-back game for the Steelers may ruin UNDER bettors day.