Steelers Climb Back To .500 With Thrilling Win 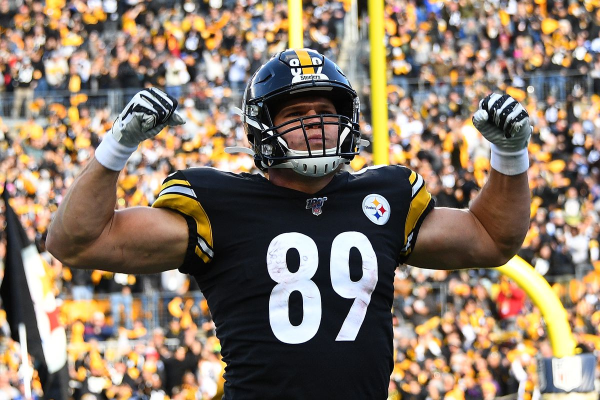 After an 0-3 start and a season-ending injury sustained by quarterback Ben Roethlisberger, the 2019 season felt like it was already lost for the Pittsburgh Steelers. But with a back-and-forth 26-24 victory over the Indianapolis Colts on Sunday, the Steelers have clawed back to a .500 record with new life breathed into the team.

With the win at home against Indianapolis, Pittsburgh has now won three straight and four of its last five. If not for an overtime loss to Baltimore, the Steelers would be considered one of the hottest teams in the league.

However, going from a record of 3-4 to a record of 4-4 was far from simple. In the end, Pittsburgh needed two field goals from Chris Boswell in the final quarter of play to edge the visitors, but that wasn’t all.

Every team needs some luck if they’re going to reach postseason football, and Pittsburgh may have gotten an entire season’s worth of it on Sunday. In addition to Indianapolis having to turn to backup Brian Hoyer, who would have been considered third-string throughout the preseason behind Andrew Luck and Jacoby Brissett, the Steelers were also on the right side of an Adam Vinatieri missed field-goal attempt with under two minutes to play.

In the end, a thrilling contest filled with backup QBs, missed field goals, a safety, and a Minkah Fitzpatrick pick-six concluded with Pittsburgh earning a .500 record.

So, what’s next for this Steelers team?

Pittsburgh In The Season’s Second Half

Although it took plenty of “luck” to take down the Colts, Pittsburgh can be happy that it had enough in the tank to potentially save its season.

With a loss to Indy, the Steelers would have moved to 3-5 with 10 teams ahead of them in the AFC standings. Instead, the 4-4 Steelers are behind only six AFC teams and tied with the 4-4 Raiders.

Now, Pittsburgh’s goal of making the postseason is gaining clarity.

The Steelers’ first route to the playoffs would be winning the AFC North, which is currently led by the 6-2 Baltimore Ravens. After taking down New England on Sunday Night Football, the Ravens have solidified themselves as a top team in the NFL with no intention of letting Pittsburgh usurp them within the division.

The second and more likely route to the postseason would be via a Wild Card berth. Assuming all current division leaders retain their status through the end of the regular season, the Steelers would need to beat out all but one team between Buffalo (6-2), Indianapolis (5-3), Oakland (4-4), and the trio of AFC teams sitting at 4-5.

The bad news for Pittsburgh is that they have a tough game against the Rams coming up next. The good news, however, is that they’ll follow up the Los Angeles contest with four very winnable games against Cleveland (twice), Cincinnati, and Arizona.

Even with Mason Rudolph leading the offense, Pittsburgh certainly has a chance of reaching postseason football.

If the Steelers are to earn playoff football by route number one, they’ll overcome some pretty long odds to do so. Although Pittsburgh currently sits second in the division with odds of +300 of taking the AFC North crown, the Ravens are running away with it with their -400 odds.

When it comes to the AFC as a whole, the Steelers need to be one of the top six teams in order to earn a playoff spot.

As you’d expect, the 8-1 Patriots are currently the favorite to win the AFC with odds of -120. New England is followed by a pair of teams aiming for a playoff bye week as Kansas City sits on +475 odds, and Baltimore holds +500 odds of winning the conference.

The final division leader, Houston, has the fourth-best odds in the conference at +1200.

This is where it gets interesting for the Steelers. With odds of +2500, Pittsburgh is currently behind both Indianapolis (+1800) and Buffalo (+2000).

At the moment, that would put Pittsburgh in seventh in the AFC and just on the outside of the playoffs looking in. However, a Steelers team that started winless through their first three games of the season now has a realistic chance of earning a playoff berth.