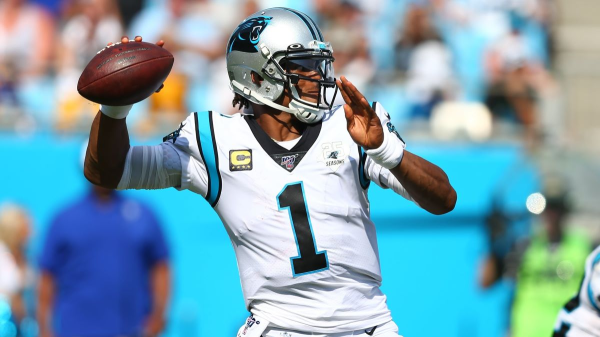 With the big news recently being about the return of sports for many of the major leagues, there has still been plenty of other news circulating the sporting world. Let’s take a look at some of the biggest stories over the last week.

There aren’t too many people that can fill the shoes of a future Hall-of-Famer in Tom Brady, but the Patriots are hoping they found someone that can. According to ESPN’s Adam Schefter, the Patriots have reached a one-year deal with former Carolina Panthers quarterback, Cam Newton.

According to the NFL Network’s Ian Rapoport, the deal if an incentive-based deal that could escalate to $7.5 million.

Last year was an injury-filled year that saw Newton play just two games with the Panthers. In that time, he went 0-2 while throwing for 572 yards, no touchdowns, and one interception.

While he is a far cry from the player he was when he threw for 4051 yards and 21 touchdowns while rushing for 706 yards and 14 touchdowns as a rookie, he can still be a serviceable NFL quarterback when healthy.

In 2018, he threw for 3,395 yards, 24 touchdowns, and 13 interceptions while rushing for 488 yards and another four scores. At just 31, the Patriots are hoping to tap into the remaining football that is left in Newton, and if he can avoid injuries, it may just be the type of savvy signing that the Patriots are known for and have made them so successful over the years.

While the Newton signing is getting most of the headlines for the New England Patriots, there was another ominous story that came out about the club on Sunday. At the end of last season, the Patriots were found to have filmed the Cincinnati Bengals coaching staff, and now they are going to pay the price.

According to ESPN’s Mike Reiss, the league has hit them with three different penalties. The team is going to have to pay a little over a million dollars in fines, their television crews are going to be unable to film games during the upcoming season, and the Patriots are being stripped of their third-round pick in the 2021 draft.

Obviously, the fine is minimal in the grand scheme of things, but anytime a draft pick is stripped, it can be big news. Regardless, the Patriots committed the crime, and now they are going to have to live with the penalties moving forward.

MLB Could Finish Season Without 30 Teams

In a bit of an odd report from SNY’s Andy Martino, Major League Baseball could finish a season even if some teams are forced to call it quits due to the coronavirus pandemic.

Based on the agreement between the league and the Player’s Association, the commissioner has the ability to cancel the season if the “competitive integrity” is compromised. Within the report, though, it does shed light on the fact that if a team is unable to proceed due to an outbreak, it does not necessarily mean the season is over.

Granted, this would be one of the worst-case scenarios and would be avoided at all costs, but the report does raise a lot of unanswered questions. With so many games being played in such a short amount of time (60 games in approximately 66 days), would schedules have to be reworked if a team drops out, and if not, what happens if one team plays more than another?

Regardless, MLB is hoping to get all of the games in without any snags, but it certainly is an interesting concept as the league deals with playing through a resurgence of the virus.